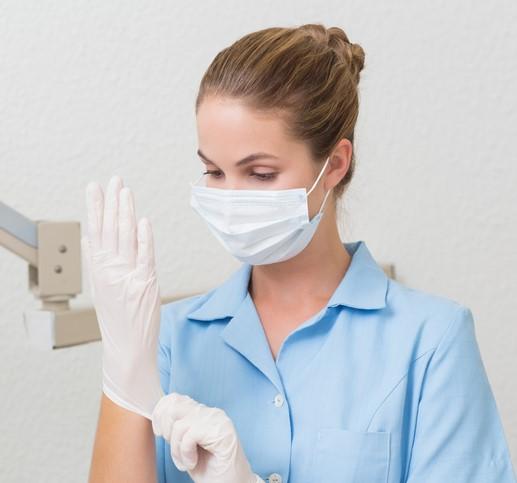 In outpatient settings, surgical masks and more expensive respirator masks appear to be equally effective for protecting health workers against flu and other respiratory viruses, according to a new study based on data over four flu seasons.

Earlier studies comparing the two forms of respiratory protection have shown mixed results. Uncertainty over which is better has been a sticking point in forming recommendations on how best to protect healthcare workers, especially during the 2009 H1N1 pandemic. And the new findings come in the wake of 2018 research that showed that flu likely also spreads by small aerosol particles, not just by respiratory droplets.

Tighter-fitting N95 masks are designed to filter at least 95% of airborne particles, but some healthcare workers find them less comfortable than surgical masks, leading to problems with adherence. During the 2009 H1N1 flu pandemic, some hospitals and clinics had problems restocking their N95 supplies.

Protection from flu, other respiratory viruses

The work was funded by the CDC, the Veterans Health Administration, and the Biomedical Advanced Research and Development Authority (BARDA), which is part of the US Department of Health and Human Services.

The study involved 1,993 participants in 189 clusters randomized to wear N95 masks when they were near patients with respiratory symptoms and 2,058 in 191 clusters randomized to wear surgical masks. The study period included four seasons of peak respiratory viral illness, from September 2011 and May 2015. Participants self-reported any respiratory illness symptoms and were tested for a range of viruses, including flu. To catch any asymptomatic infections, investigators swabbed the healthcare workers twice each season and measured their influenza hemagglutination inhibition titers at the beginning and end of each season.

There were 207 lab-confirmed flu cases in the N95 groups, compared with 193 among the surgical mask groups, a difference that wasn't statistically significant. The team also found no significant differences between the two mask types and the rates of acute respiratory illness, lab-confirmed or lab-detected respiratory illnesses, and flu-like illness.

Trish Perl, MD, MSc, the study's senior author and infectious disease expert at the University of Texas Southwestern Medical Center, said in a news release from the center, "This finding is important from a public policy standpoint because it informs about what should be recommended and what kind of protective apparel should be kept available for outbreaks."

She said the main takeaway is that one type of protection isn't superior to the other. "Facilities have several options to provide protection to their staff—which include surgical masks—and can feel that staff are protected from seasonal influenza," Perl said. "Our study supports that in the outpatient setting there was no difference between the tested protections."

The data collected in the study are likely to spur more studies, Perl said, adding that she plans to investigate flu transmission dynamics to better understand how viruses spread.

In a related editorial in the same issue, two infectious disease experts wrote that an abundance of caution led to a recommendation for respirator use in the early days of the 2009 H1N1 pandemic and that they are still recommended for health workers who perform aerosol-generating procedures. And the question of whether they provide better protection during all patient encounters persists.

In many ways, the new study was designed to address limitations of earlier studies, such as ensuring that the randomized cohorts using the two different mask types were similar and including an assessment of mild or asymptomatic infections.

The editorial authors note, however, that the study was underpowered for its primary outcome, lab-confirmed flu, which the authors acknowledge would require more than 10,000 healthcare personnel (HCP) seasons to detect the selected target. "Even though they did amass an impressive near 5,000 HCP seasons," the two wrote.

They also note that the study doesn't directly address inpatient settings, including protection against potentially aerosol-generating procedures, noting that differences at hospitals could affect transmission, such as higher viral burdens in sicker patients, a higher proportion of immunocompromised patients, and longer and closer interactions between health workers and patients.

The study provides useful data on appropriate protection against respiratory viruses in outpatient health settings, they say, and the adherence aspect of the study makes the findings more generalizable.