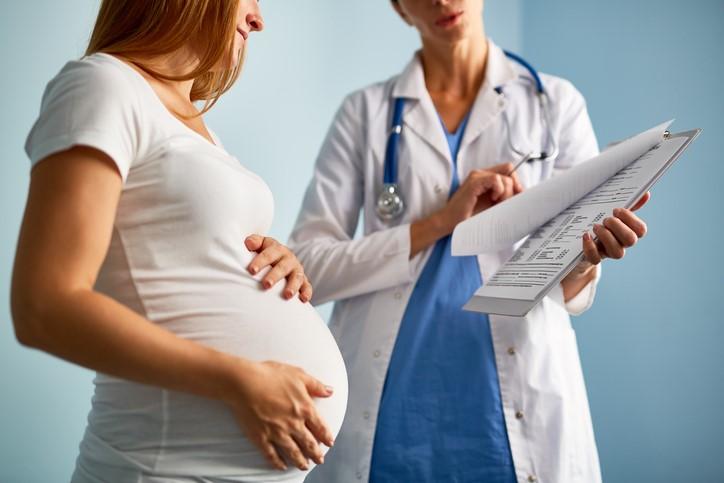 Flu vaccination during pregnancy can reduce a woman's chance of severe illness—enough to require hospitalization—by 40%, according to a new study that spanned four countries and six flu seasons.

The findings, the first to look specifically at hospitalization, help answer a key question about use of the vaccine during pregnancy and may help guide public health policies, especially in low- and middle-income countries, a multinational team led by researchers from the US Centers for Disease Control and Prevention (CDC) reported today in Clinical Infectious Diseases.

Pregnant women are known to be at risk for flu complications, and the strategy of vaccinating women during pregnancy is a research-backed strategy for protecting newborns who are too young to be vaccinated. The CDC estimates, however, that only about half of pregnant women get the flu shot, despite a strong safety record

Allison Naleway, PhD, study coauthor from Kaiser Permanente Center for Health Research, said in a CDC press release today that expectant mothers face a host of threats to their health and the health of their baby during pregnancy, including flu. "This study's findings underscore the fact that there is a simple, yet impactful way to reduce the possibility of complications from flu during pregnancy: Get a flu shot."

Moderate protection, similar to other groups

The CDC and its partners analyzed health systems records from 2010 through 2016 that included integrated lab, medical, and vaccination records from Australia, Canada (Alberta and Ontario), Israel, and the United States (California, Oregon, and Washington). The analysis includes 2 million pregnant women, and more than 80% of pregnancies overlapped flu season, upping the likelihood that women would be exposed at some point in their pregnancy.

Of 19,450 hospitalizations for acute respiratory or febrile illness involving pregnant women, only 1,030 were tested for flu using reverse transcriptase polymerase chain reaction testing, considered the gold standard. Influenza was detected in 58% of those who were tested. Overall, 13% of women who tested positive for flu were vaccinated, compared with 22% of those who tested negative—for an overall vaccine effectiveness of 40% (95% confidence interval, 12% to 59%), corresponding with moderate protection.

The investigators wrote that the moderate protection against hospitalization they found was similar to or a little lower than an estimate for adults in general and about the same as less severe flu not requiring hospitalization in pregnant women. Their findings were consistent through early, peak, and late parts of flu seasons and were similar for women with and without other high-risk medical conditions.

Mark Thompson, PhD, study coauthor and epidemiologist in the CDC's influenza division, said in the CDC release, "Our study found that flu vaccination worked equally well for women in any trimester and even reduced the risk of being sick with influenza during delivery."

Evidence for flu vaccine protection against severe disease in pregnant woman could help low- and middle-income countries justify the cost of the vaccine, the team wrote. They added that their findings could help expand use of the vaccine in higher-income countries, given that flu vaccine uptake in pregnant women is well below national and international goals.

In a related commentary in the same issue, Flor Munoz, MD, a pediatric infectious disease specialist at Baylor College of Medicine in Houston, wrote that pregnant women and young babies are among the most vulnerable groups in flu epidemics and pandemics. She added that recommendations for vaccinating pregnant women have been evolving since 1957, when the Surgeon General first included them among high-risk groups to be immunized.

She noted, however, that uptake is low, and most low- and middle-income countries don't offer the vaccine to pregnant women.

The new study fills an important information gap, Munoz wrote, noting that the strengths of the carefully designed study include a range of flu seasons, geographic settings, and sites where the flu vaccine was recommended for pregnant women and available without cost. She said the test-negative design helps reduce case misclassification and confounding by health-seeking behavior.

Also, she noted that the researchers accounted for several other possible confounders, such as site, season, underlying medical conditions, trimester of pregnancy, intensive care unit admission, and pneumonia diagnosis.