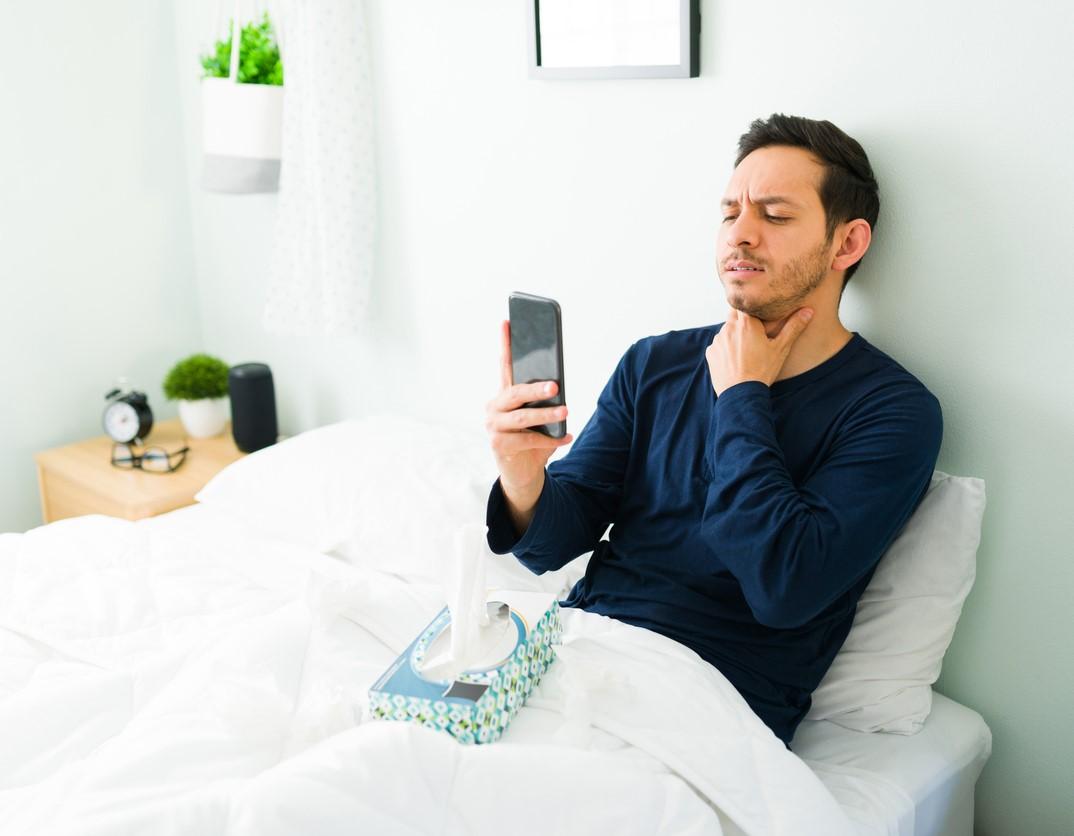 Many of the people infected in an international monkeypox outbreak experienced a single lesion or sore in their mouth or on their genitals, a departure from typical symptoms of the virus that could lead to clinicians to misdiagnose monkeypox as another sexually transmitted infection (STI).

That's one of the main takeaways from the New England Journal of Medicine's (NEJM's) new international study of the current outbreak, which is the largest case-study on the virus.

The study included clinical observations from 528 confirmed infections at 43 sites from Apr 27 to Jun 24 of this year. The median incubation period is 7 days in this outbreak, and the median age of a case-patient was 38. No deaths occurred, but 70 patients (13%) required hospitalization.

A total of 98% of the cases documented were in gay or bisexual men, and while monkeypox is not an STI, per se, the authors said 95% of transmissions documented occurred during sexual relations. Seventy-five percent of case patients are white, and 41% are HIV-positive.

The authors of the study also reported that semen samples collected showed large amounts of the virus, but they said more research needs to be done to understand if semen can actually transmit the virus.

In a second study, published as a Lancet preprint, similar conclusions were made based on the clinical presentations of 181 monkeypox cases in Spain.

In that group, 91.7% of patients were men who have sex with men (MSM), and detailed sexual history showed that those who reported having anal-receptive intercourse had longer incubation periods (8 vs 6 days) and higher rate of systemic symptoms before the rash (62.0% vs 27.6%) and presented more frequently with proctitis (32.9% vs 6.9%) than MSM who did not engage in this type of sexual practice.

"Because of the variability of clinical presentations clinicians should have a low threshold for suspicion of the disease," the authors concluded. This report, unlike the NEJM study, has not yet been peer reviewed.

CDC further eases use of Tpoxx

After several media outlets reported doctors were filling out paperwork for 3 to 4 hours to prescribe the antiviral Tpoxx to monkeypox patients, the Centers for Disease Control and Prevention (CDC) announced further plans to streamline accessing the drug, which must be obtained from the strategic national stockpile and is only approved for use in smallpox cases.

Photos and samples of case-patients are no longer required, and paperwork has been reduced to four forms, which can be returned to the CDC after the treatment has been prescribed.

In a statement on the change to protocols, the Infectious Diseases Society of America (IDSA) said, "The reduction in paperwork and other documentation required to obtain treatment is welcome news, and we anticipate it will expedite access to treatment. However, more work remains to streamline and expand access to treatment and to collect data to further inform tecovirimat use."

The CDC is reporting 270 more monkeypox cases today from 46 states, raising the national total to 2,593.

In other US news, the White House has released their research priorities for monkeypox. They include further understanding transmission, modeling and forecasting, vaccine effectiveness, and developing novel diagnostics—among others.

Following a report yesterday of monkeypox in a child from Amsterdam, a baby from Madrid has also been diagnosed as having the virus.

The child is 7 months old and contracted the virus at home, officials said. Both of his parents were infected; the baby and the parents are isolating at home with mild illness.