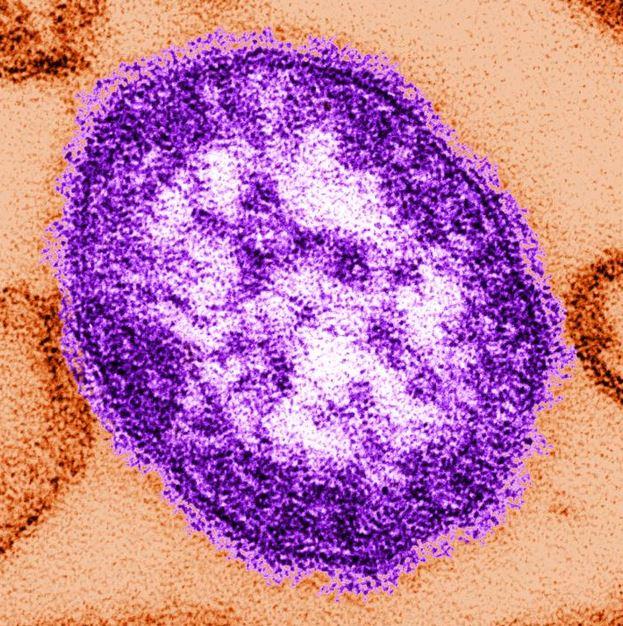 Note: This story was updated on Apr 16 to clarify that the 4 cases in Santa Clara, California, are not connected epidemiologically.

So far this year 20 states have confirmed measles, including Maryland, which recorded its first case of the year.

The number of affected states is likely to increase to 21, as Iowa today reported that a person from the northeastern part of the state was diagnosed as having measles, and likely contracting the disease on a recent trip to Israel. The Iowa Department of Public Health (IDPH) said the case-patient has been complying with health officials.

"This is the first case of measles in Iowa since 2011, and serves as a reminder for all Iowans to ensure their vaccinations are up-to-date," IDPH said in a news release. "Vaccines prevent diseases and save lives."

CDC is tracking six ongoing outbreaks, including two in New York City and Michigan that have also been tied to travel to and from Israel.

Rockland County, New York, added 29 cases to an outbreak that's resulted in 186 cases. In that outbreak, 81.2% of patients have had no measles, mumps, and rubella (MMR) vaccinations, and 40.9% are 3 years old and younger.

An outbreak in Butte County, California, grew by 3 cases to a total of 9, and numbers in Santa Clara, California, rose by 1 case, to a total of 4 measles cases, but those cases are not connected to one another, according to Marianna Moles, a public communications specialist with the Santa Clara County Public Health Department. The CDC designates "outbreak" status as having 3 or more epidemiologically connected cases.

"Preliminary global data shows that reported cases rose by 300 percent in the first three months of 2019, compared to the same period in 2018. This follows consecutive increases over the past two years," the WHO said.

The United States joins Israel, Thailand, and Tunisia as countries the WHO identifies as hot spots due to pockets of unvaccinated people.

Other leading outbreak regions include the Democratic Republic of the Congo, Ethiopia, Georgia, Kazakhstan, Kyrgyzstan, Madagascar, Myanmar, Philippines, Sudan, Thailand and Ukraine, causing many deaths—mostly among young children, the WHO said.

Measles is highly contagious, and can be deadly. The WHO said 110,000 deaths were attributed to the virus in 2017.

"The disease is almost entirely preventable through two doses of a safe and effective vaccine. For several years, however, global coverage with the first dose of measles vaccine has stalled at 85 percent," the WHO said. Coverage needs to reach 95% to prevent outbreaks.