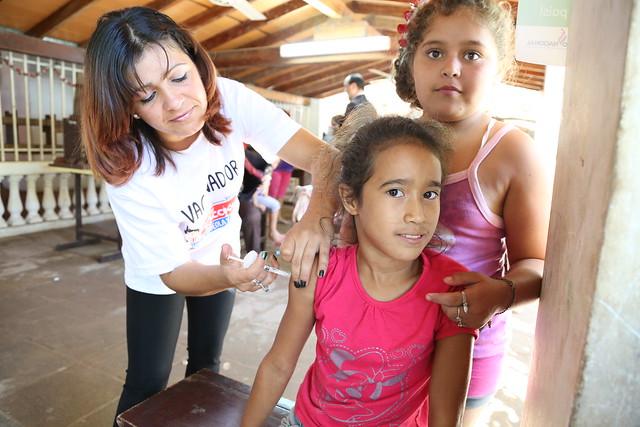 Measles continues to spread in global outbreaks, with the first 6 months of 2019 producing more measles cases than any year since 2006, the World Health Organization (WHO) said in a new report on measles activity in the first half of 2019.

"There have been almost three times as many cases reported to date in 2019 as there were at this same time last year," the WHO said. "This follows successive yearly increases since 2016, indicating a concerning and continuing upsurge in the overall measles burden worldwide."

Most of those countries are seeing outbreaks because they have very low vaccination rates, the WHO said. But even countries with high vaccine coverage are seeing more measles activity.

"The United States has reported its highest measles case count in 25 years. In the WHO European region, there have been close to 90,000 cases reported for the first six months of this year: this exceeds those recorded for the whole of 2018 (84,462) – already the highest in this current decade," WHO said.

In the United States, current measles outbreaks have been linked to international travel and travelers from Israel, the Philippines, and Ukraine.

Measles is so contagious it requires a high community level vaccination rate – 95% – to prevent sustained transmission. The measles, mumps, rubella (MMR) vaccine is effective and widely available as part of national vaccination programs.

But globally, WHO estimates only 86% children have received the first dose of measles vaccine and 69% the second in 2019.

In its weekly update on measles outbreaks in the United States, the Centers for Disease Control and Prevention (CDC) recorded 10 new cases, raising 2019's total to 1,182. Thirty states have recorded cases thus far this year.

As of Aug 8, 124 of the people who got measles this year were hospitalized, and 64 reported having complications, including pneumonia and encephalitis, the CDC said.

Late last week, health officials reported that five cases of measles have been confirmed within a Mennonite community in Wyoming County, New York. None of the five people had been vaccinated against measles.

In June Governor Andrew Cuomo signed a law ending all nonmedical exemptions for vaccines required for children to attend all public, private, and parochial schools as well as childcare programs across New York.