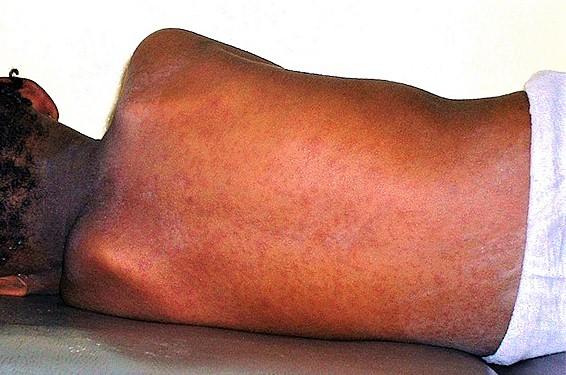 International travel brought the measles virus to Orthodox Jewish communities in New York and New Jersey and to Washington state, according to two new reports from officials with the Centers for Disease Control and Prevention (CDC) and state health departments published in today’s Morbidity and Mortality Weekly Reports (MMWR).

In addition, officials Oklahoma have reported the state's first case of the year, while Washington and Pennsylvania added to their case totals.

The first MMWR report details outbreaks in religious communities in Rockland County, New York, and Ocean County, New Jersey. In both outbreaks, unvaccinated travelers reported recent travel in Israel, where an outbreak of about 3,150 measles cases is ongoing, the authors said.

Since Oct 1, 2018, New York has recorded 242 measles cases, including 206 in Rockland County and 36 in surrounding areas. The median patient age is 5. In the outbreak areas, the measles vaccination coverage in school was 77%. Since the outbreak began, Rockland County has administered more than 19,000 doses of measles, mumps, and rubella (MMR) vaccine.

In New Jersey, officials said 33 measles cases were confirmed in an Orthodox community from Oct 17 to Nov 30, 2018. The average age of case-patients in that outbreak was 10. Though that outbreak was declared over in January, Ocean County now has a second outbreak of the virus, which began in January.

"Health departments and clinicians should be aware of multiple ongoing measles outbreaks globally, and travelers should have evidence of measles immunity," the authors said.

In another the second MMWR report, the authors describe a measles outbreak in Clark County, Washington, that began on the last day of 2018.

The initial case-patient was a 10-year-old unvaccinated boy who had recently arrived from Ukraine. He presented to an urgent care facility with symptoms of measles on Dec 31, 2018.

Households and churches accounted for most of the transmission sites, the authors said.

"Clark County had not experienced a measles outbreak since 2011, when three cases were confirmed. Since 2013, county vaccination rates have remained 10%–14% lower than the statewide average (88%)," the authors concluded.

Though the outbreaks in New York and New Jersey are some of the most high profile in the United States, several other states are reporting virus activity this week.

Officials in Oklahoma confirmed a measles case in Okmulgee County, the first in the state since May 2018.

"Measles was identified in a person who returned to Oklahoma after traveling to various domestic and international destinations," the Oklahoma State Department of Health (OSDH) said in a statement yesterday. "The virus is still common in many parts of the world, with outbreaks occurring in Europe, Israel, Ukraine, and the Philippines. These outbreaks have resulted in travelers who develop illness in the U.S. following their return. In addition to the high number of cases, there are outbreaks ongoing in several states."

Washington state officials said four new case-patients recorded this week all spent time at the SeaTac airport during their likely time of exposure or infectiousness. The cases do not appear to be connected to earlier outbreaks in that state. Officials have now confirmed 77 cases in the state.

According to a Facebook post from Allegheny County, Pennsylvania's health department, two more measles cases were reported among adult, unvaccinated family members of a family who had previously reported five cases.

"There have been no additional public exposures because of quarantine orders for the family," officials said.

Finally today the Associated Press (AP) reported that West Virginia officials planning the Boy Scout's World Scout Jamboree this summer are anticipating that some children may bring measles with them to the event.

West Virginia has not seen a measles case since 2009, but 45,000 scouts and leaders from around the world are expected to attend the jamboree, which runs from Jul 22 to Aug 2.

May 17 MMWR study on Washington cases