US measles cases hit 1,234 as Brooklyn outbreak called over 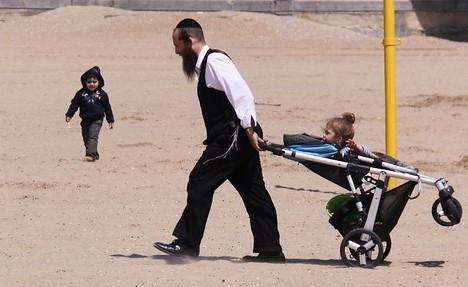 Today the Centers for Disease Control and Prevention (CDC) confirmed 19 new measles infections, raising the 2019 total to 1,234 cases in 31 states.

One additional state has been affected since the CDC's last update, but the number of active outbreaks has been reduced to four, down from six noted last week.

As of Aug 29, 125 of measles case-patients had been hospitalized, and 65 reported having complications, including pneumonia and encephalitis, the CDC said.

More than 75% of measles cases recorded in 2019 have come from two outbreaks among New York State's Orthodox Jewish communities—one in Williamsburg, Brooklyn, and one in Rockland County.

Today NYC Health, New York City's department of health, said the outbreak in Brooklyn is over, almost a year after it began, as two transmission cycles (42 days) have passed without any new cases. A total of 654 measles cases were reported in the borough in the past year, the most cases in 30 years.

"Measles is one of the most contagious diseases on the face of the earth," said New York's Health Commissioner Oxiris Barbot, MD. "There may no longer be local transmission of measles in New York City, but the threat remains given other outbreaks in the U.S. and around the world. Our best defense against renewed transmission is having a well immunized city."

"Ending the measles outbreak required extensive collaboration with community organizations and Jewish leaders. They helped encourage vaccinations and achieve record immunization levels in parts of Brooklyn," saidNew York Mayor Bill de Blasio. "As we head back to school this week, we just remain vigilant. To keep our children and communities safe, I urge all New Yorkers to get vaccinated. It's the best defense we have."

Eighty percent of measles cases in Brooklyn occurred in children, and 73% of cases occurred in people who had never been vaccinated against the virus.

Two other New York outbreaks, one in Rockland County and one in Wyoming County, are still ongoing, as is an outbreak in El Paso, Texas.

"These outbreaks are linked to travelers who brought measles back from other countries such as Israel, Ukraine, and the Philippines, where large measles outbreaks are occurring," the CDC said.

The number of measles cases reported this year is the highest since 1992 and since the disease was declared eliminated in 2000.