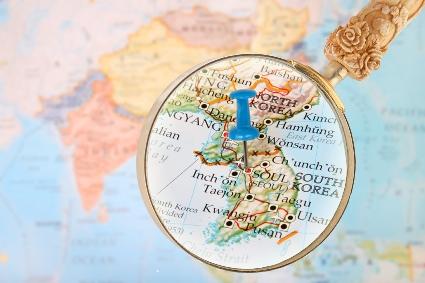 South Korean officials named the hospital linked to 30 of 41 MERS-CoV infections reported so far, and the World Health Organization (WHO) announced a joint mission to investigate the outbreak and filled in details of six of the recent cases, one of them fatal.

Officials from South Korea's health ministry today identified the hospital linked to the largest portion of the MERS-CoV (Middle East respiratory syndrome coronavirus) infections as St Mary's in Pyeongtaek, a town about 40 miles south of Seoul, the New York Times reported today. They said 30 of 41 patients in the outbreak have ties to St Mary's hospital, where the index patient was treated between May 15 and 17.

The 250-bed hospital was closed on May 29, and health officials are asking anyone who had been at the facility between May 15 and 29 to contact authorities.

Until now, the government has avoided naming the institutions for fear of fueling misunderstanding and panic. Earlier this week officials said 14 health facilities—13 hospitals and 3 small clinics—had received a confirmed MERS-CoV patient at least once.

Six hospitals have links to MERS-CoV patients, according to the Times report.

WHO adds details for 6 cases

South Korea didn't announce any new MERS-CoV cases today, but the WHO posted a statement covering reports of 6 cases and 1 death that it received from the country on Jun 4, several of which appear to be tertiary cases.

Two patients are healthcare workers. One is a 25-year-old woman who helped care for the index patient, a man who got sick after returning from travel to several Middle Eastern countries. The other is a 38-year-old male doctor who was exposed to an earlier confirmed case, a 35-year-old man who was initially treated on the same ward as the index patient and was later admitted to two different hospitals.

The others include a 54-year-old man who visited his mother—an earlier confirmed case-patient—while she was hospitalized on the same ward as the index case, and a 47-year-old male friend of the man, who also visited the woman.

All of the patients were reported to have symptoms, and their illness onsets ranged from May 20 to Jun 1. Conditions are listed for only one patient, the female healthcare worker, who is in stable condition.

The WHO announced today that it and South Korea's health ministry will conduct a joint mission to probe the MERS-CoV cluster, led by Keiji Fukuda, MD, the WHO's assistant director-general for health security.

The team will include experts in epidemiology, virology, clinical care, and infection prevention and control, the WHO said. The group will also include public health officials who have handled MERS-CoV outbreaks in the Middle East.

Goals include reviewing the epidemiologic patterns, virus characteristics, clinical features, and public health response, the WHO said. At the mission's conclusion the team expects to make a set of response recommendations.

The European Centre for Disease Prevention and Control (ECDC) said in a risk assessment update today that though the outbreak doesn't pose a threat to travelers to South Korea, it is worrisome that the index patient didn't have documented contact with camels or healthcare settings during his recent visits to Middle Eastern countries.

Researchers haven't yet been able to flesh out how the virus spreads, and some suspect—and initial studies suggest—that asymptomatic infections may play a role.

It added that there is still no evidence of sustained transmission and that unprotected close contacts—as seen in the South Korean cluster—poses the most risk, especially in healthcare settings. The ECDC said 10 cases are tertiary, including one in a healthcare worker, and that though concerning, such third-generation illnesses aren't unexpected.

So far there is no sign that the virus has changed, though experts will know more after virus characterization is completed in South Korea, the ECDC said. It emphasized that those with severe acute respiratory illness who have a travel history to South Korea should be considered for MERS-CoV assessment.

Jun 5 WHO statement on joint MERS mission to South Korea