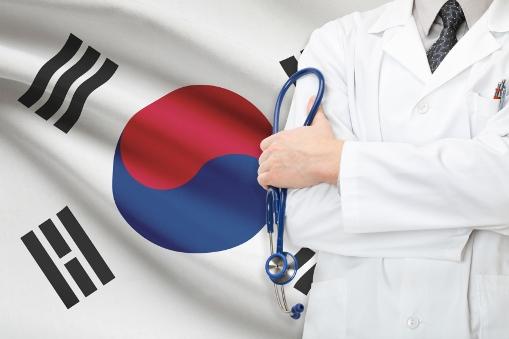 South Korea announced 5 more MERS-CoV cases today, raising the number of cases to 30 and leading experts to question if the rapidly evolving hospital cluster is following a pattern seen in Saudi Arabia or if other factors are helping fuel the outbreak.

South Korea is on a list of 16 countries—including the United States—that have reported travel-linked cases. Its outbreak began on May 20 with the detection of MERS-CoV  (Middle East respiratory syndrome coronavirus) in a man who had returned from the Middle East.

A flurry of hospital-linked illnesses linked to the man, though, has quickly vaulted the country into the third-most-affected country, behind Saudi Arabia and the United Arab Emirates.

In a statement today translated and posted by the infectious disease news blog Avian Flu Diary, South Korea's health ministry said the five new MERS cases include four patients who are direct contacts of the index patient and one who was exposed by a secondary case.

That raises the number of tertiary cases (involving three generations of transmission) in the cluster to three.

The translation suggests that the likely tertiary case-patient had been exposed to a 40-year-old man who got sick after being on the same hospital ward as the index patient.

WHO warns of further cases

The World Health Organization (WHO) said in a statement today that it is in close contact with South Korea and that the quality of reporting has allowed a nearly real-time insight into outbreak dynamics. It added that aggressive contact tracing and testing may help explain the cluster's rapid expansion.

Though human-to-human transmission has been documented, there is no evidence that it is sustained, the WHO said in discussing the first 25 outbreak patients.

Patients sickened in the outbreak so far had a range of exposures. Some were in the same room as the index patient and others were on the same ward. Preliminary data suggest exposure times may have been as short as 5 minutes to a few hours, the WHO said.

It warned that because a number of clinics and hospitals cared for the index patient, more cases are expected.

Maria Van Kerkhove, PhD, an epidemiologist with the Pasteur Institute Center for Global Health in Paris, said the pattern unfolding in South Korea is concerning but has been seen in earlier nosocomial outbreaks. She noted that when the index case-patient returned to South Korea he visited four healthcare facilities before his MERS-CoV infection was detected.

She said the situation facilitated allowing the virus to spread to family members, hospital roommates, patients on the same ward, and health providers before the man's illness was detected and before adequate prevention and control measures were in place.

She said tertiary transmission has been seen before in a few other clusters, such as in some in Saudi Arabia (in Al Hasa, Jeddah, and Riyadh). She said that, although there are signs of tertiary transmission in South Korea, all of the reported cases have epidemiologic links to the index case or a secondary case and pointed out, as did the WHO, that there is no sign of community or sustained human-to-human transmission.

Though South Korea's outbreak is the largest outside of the Middle East, the epidemiologic pattern isn't unexpected, unfortunately, Van Kerkhove said. "We know that strict adherence to infection prevention and control can stop transmission in healthcare settings."

Marion Koopmans, DVM, PhD, a virologist at Erasmus Medical Center and the National Institute for Public Health and Environment in the Netherlands, said the outbreak is remarkable and serves as a clear reminder of what viruses can do.

So far, she said, it's difficult to tell if the events in South Korea amount to more than what has been seen in Saudi Arabian hospital clusters. She added that it will be useful to compare the situation to what happens in China, where an imported case-patient from South Korea is hospitalized in Guangdong province.

"Of course, it is important to keep monitoring the properties of the viruses as well, just to be sure nothing has changed there," she said.

Infectious disease experts quoted in a Canadian Press story today suggested that the South Korean outbreak stands out for officials' and the media's prompt reporting of developments, unlike the murky and often delayed picture of what's happening with Saudi Arabia hospital clusters.

In a report today from ScienceInsider, Peter Ben Embarek, PhD, who leads the WHO's MERS response, said the simplest explanation is a "superspreading event," signifying a lapse in hospital infection control measures. He noted also that more information is needed about what happened at the hospital.

Other factors could include the spread of a slightly different strain of the virus and potential elevated susceptibility of people in South Korea to the virus, according to the story.

South Korean health officials are facing increasing pressure to name the hospitals and patients affected by the MERS-CoV outbreak, though clues are emerging that one of the facilities is probably located in the Gyeongii province city of Pyeongtaek, a town of about 427,000 located roughly 40 miles south of Seoul.

The country's health ministry said today at a briefing that it will disclose the names to medical officials who need to know, but will avoid sharing them with the public to avoid misunderstanding and anxiety, the Korea Herald reported today.

A local civic group based in Pyeongtaek, where one patient was known to be diagnosed as having the disease, is calling for the information to be made public.

Though Korean officials haven't named the affected hospitals, the location of one triggered temporary school closures. In Pyeongtaek, more than 40 private kindergartens and elementary schools closed for the week after authorities signaled that 22 schools near a hospital where a woman died from the disease may be at risk, Yonhap News Service reported today.

The woman's illness wasn't detected until after she died, and the hospital that treated her is the same one that treated the country's first case-patient, Yonhap said. Earlier reports said the hospital had been shuttered because of a surge of nosocomial infections—involving patients on the same ward, health workers, and visitors—linked to the first case.

Elsewhere, four schools in North Chuncheong province cancelled classes for the rest of the week after a teacher at one of them was identified as a close contact of a MERS-CoV patient, according to the Yonhap report.

And a 32-year-old Hong Kong doctor who got sick with respiratory symptoms after returning from a medical exchange activity at a Seoul hospital was admitted to the hospital but has tested negative for MERS-CoV, according to statements today from Hong Kong's Centre for Health Protection (CHP).

Three other people who were tested for MERS-CoV also had negative test results, the CHP said. They include a 26-year-old woman who came down with respiratory symptoms after traveling to Seoul, where she visited a health facility during her stay; a 40-year-old woman who got sick after returning from Dubai and Bahrain; and a 68-year-old man who had a cough and a runny nose after traveling to Dubai.

At a media briefing in Hong Kong today, Ko Wing-man, MBBS, Hong Kong's secretary for food and health, said he was worried about South Korea's MERS situation, especially because some tertiary infections are suspected and because he said South Korean officials haven't been very transparent.

"Up to this moment, we still cannot obtain information about the healthcare institutions involved," he said, according to a briefing transcript.

He added that Hong Kong has added extra prevention measures, based on an emergency meeting yesterday. Travelers arriving in Hong Kong with fever and respiratory symptoms will have to sign a health assessment form that says those who withhold information will be subject to prosecution.