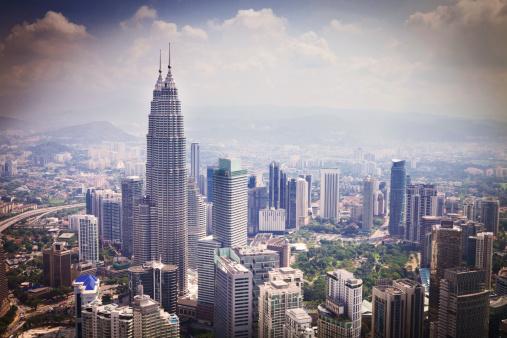 Aerial view of Kuala Lumpur, the capital of Malaysia, one of the countries in the Far East now reporting MERS-CoV cases., zhudifeng / iStockphoto

The Middle East respiratory syndrome coronavirus (MERS-CoV) has made a long-feared leap to the Far East with cases in Malaysia and the Philippines, while the current outbreak in Jeddah, Saudi Arabia, has grown by six cases, according to reports today.

In Malaysia, a 54-year-old man fell ill with pneumonia caused by MERS-CoV after a religious pilgrimage to Saudi Arabia and died on Apr 13, the health ministry reported. The man flew out of Jeddah on his homeward trip.

Meanwhile, Saudi Arabia reported one death among the six new cases in Jeddah. Two healthcare workers (HCWs) are among those infected.

In addition, the World Health Organization (WHO), following up on a Twitter post yesterday, released some information today about 10 recent cases in healthcare workers (HCWs) in the UAE. It said they were found through testing of contacts of a previous MERS case-patient in Abu Dhabi who died Apr 10. Three of the patients had no symptoms and five had only mild illnesses, the agency said.

Over the past year some experts have voiced concern about the potential for MERS to spread to eastern Asia, because numerous guest workers from the region are employed in Saudi Arabia, the epicenter of MERS-CoV activity, and neighboring countries. In a statement just yesterday the Saudi Ministry of Health (MOH) noted that 36 of the first 194 cases in the country involved non-Saudis.

Worries about the risk of spreading MERS-CoV have also been triggered by the travel of millions of Muslims to Saudi Arabia on pilgrimages each year. Despite this, no confirmed MERS cases were reported in the many pilgrims who visited the country for the Hajj in October 2013.

The Malaysian who died had returned from Saudi Arabia on Mar 29 after traveling to Mecca for the Umrah pilgrimage, according to a machine translation of a Malaysian health ministry statement. He was from Johor state, which neighbors Singapore.

The man fell will with a fever, cough, and breathing problems on Apr 8 and was hospitalized Apr 10. He died on Apr 13, and investigators listed the cause as severe pneumonia due to MERS-CoV infection, said the statement, which was posted on FluTrackers, an infectious disease news message board. The source of the infection was unknown, the statement said, but it noted that his trip home began in Jeddah, site of the current MERS outbreak.

The ministry said it was monitoring the patient's contacts and health workers and strengthening infection control efforts. As part of those activities, the ministry urged people who flew with him on Turkish Airlines flights TK93 and TK60 on Mar 29 to call the ministry. The route was from Jeddah to Istanbul to Kuala Lumpur.

The ministry advised people traveling to Saudi Arabia or anywhere in the Middle East to take precautions to prevent infection, including avoiding contact with camels or farm animals.

The nurse had contact with another Filipino hospital worker who died of MERS last week in the UAE, the story said. Blood test results were released in the UAE after he arrived in the Philippines, and authorities quickly informed the Philippine Embassy.

Ona said the man has been isolated and people who had contact with him were being traced and quarantined, the AP reported. Officials were also tracing airline passengers who sat near him during the flight to Manila. They are being asked to stay home for 14 days, according to a report today from ABS-CBN News, a Philippine television news service.

In addition, Philippines officials said they were sending an epidemiologist and an infectious disease expert to the UAE in the wake of the recent cases in Filipino HCWs there.

Four of the nurse's family members who traveled with him and five other people who picked him up at the airport were in quarantine at a hospital, according to ABS-CBN News. Ona said none of them had any symptoms.

The six new MERS cases in Jeddah involve two HCWs, both in stable condition, and one death, according to a statement from the Saudi Ministry of Health (MOH). A machine translation was posted on Avian Flu Diary, an infectious disease and preparedness blog.

A 52-year-old Saudi died, and a 54-year-old Saudi (whose gender was not listed) is in an intensive care unit, the statement said. The two healthcare workers are a Saudi, age 28, and a non-Saudi, 35. The other two patients are both non-Saudis, ages 41 and 54, both in stable condition.

The six cases raised the MOH's MERS tally to 205, including 71 deaths. Cases in the Jeddah outbreak have reached 38, according to unofficial counts by Avian Flu Diary and FluTrackers.

In a related development, at least four consultant doctors at King Fahd Hospital in Jeddah have resigned this week after refusing to treat MERS-CoV patients, according to a Saudi Gazette story yesterday. The hospital closed its emergency department temporarily last week for cleaning in the wake of a series of MERS cases.

In response to HCW concerns, the Saudi MOH recently announced it would pay an extra monthly allowance to those who are exposed to MERS-CoV and other dangerous infectious diseases.

WHO on UAE cases

In its statement today, the WHO provided the ages and a few other details on 10 recent cases in HCWs in the UAE, saying all of them were identified through testing of a previous lab-confirmed MERS patient who died Apr 10. It gave no details about the latter patient.

All 10 patients are said to be from Abu Dhabi, the WHO said. Two of them are women, and their ages range from 27 to 48.

The statement said UAE authorities informed the WHO of the cases on Apr 13 and 14. It seemed likely that the 10 cases include the 6 infections in Filipino HCWs working in the UAE that were reported by the media on Apr 11 as well as 3 asymptomatic cases that were noted in a media story yesterday, but the statement didn't list the patients' nationalities.

The FluTrackers' MERS case list describes 12 patients who have been identified in the UAE since Apr 7, and most of the patients on that list match up with those described in today's WHO statement.

Apr 16 AP story on cases in Malaysia and Philippines