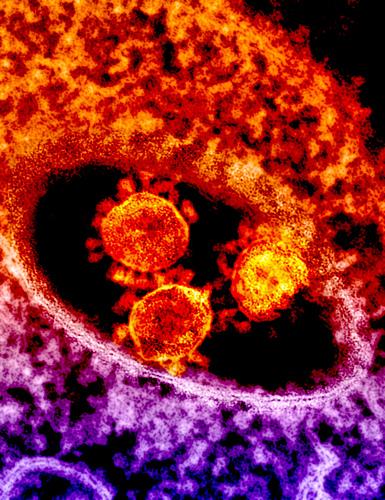 In the MERS-CoV study, researchers from South Korea and Hong Kong followed antibody titers of 11 patients with lab-confirmed infections over 1 year after treatment at a hospital in Seoul. The team published its findings yesterday in an early online edition of Emerging Infectious Diseases.

Robust antibody responses were seen in people who had severe disease, with titers that waned over the first 6 months then held steady over the following 6 months. Duration of RNA detection in sputum correlated with the magnitude of antibody response.

In four of six people who had mild disease, however, antibodies were undetectable, though most had pneumonia during their illnesses.

Researchers said their findings support other antibody findings from survivors in Saudi Arabia and Jordan and in patients with SARS (severe acute respiratory syndrome).

The results suggest that MERS-CoV antibody tests can identify only some patients who had infections and that seroprevalence studies might underestimate the extent of mild illnesses in a population, the team reported.

Also, they said plasma with the highest antibody titers will probably be available only from people who had severe illness within 6 months of their infections.

"To use convalescent-phase patient plasma for treatment, it will be necessary to assess the antibody titer of potential donors before collection to ensure good antibody titer," the group wrote. The authors added that, while the neutralization test might be ideal for assessing plasma for therapy, their finding that ELISA testing results correlated well with neutralization titers demonstrates that it might also be a useful screening test.

The three new MERS cases reported by Saudi Arabia's Ministry of Health (MOH) were from different cities, and all involved primary exposure to the virus, meaning the patients didn't likely contract the disease from another patient.

Yesterday the MOH announced two infections, involving a 75-year-old Saudi man from Al Namas in the country's southwest who died and a 40-year-old Saudi woman from Al Hofuf in the east-central region who is hospitalized in stable condition. The report said neither is a healthcare worker.

In their report yesterday, officials also announced the death of a previously announced case-patient, a 86-year-old man from Taif who had an underlying illness.

Today the MOH confirmed a case in a 71-year-old Saudi man from Bishah in the southwest. He is listed in critical condition.

The latest cases push Saudi Arabia's number of MERS cases since the disease was first detected in humans in 2012 to 1,605, which now includes 664 deaths. Seven people are still being treated for their infections.