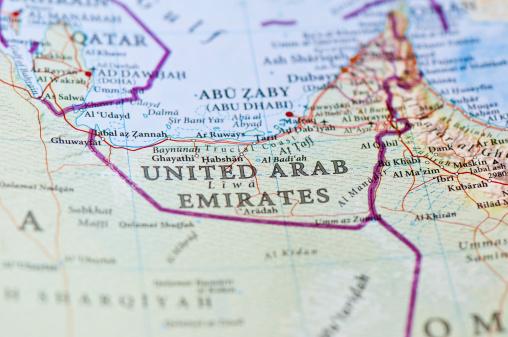 Saudi Arabia tried to soothe worries about the country's Middle East respiratory syndrome coronavirus (MERS-CoV) situation today as an outbreak in Jeddah increased by five cases, while the World Health Organization (WHO) said the United Arab Emirates (UAE) has reported a cluster of 10 cases in healthcare workers (HCWs) in recent days.

The new cases in Jeddah include one death and three infections in HCWs, according to a machine translation of a statement from the Saudi Ministry of Health (MOH). The case count in Jeddah since late March has exceeded 30.

The WHO noted the 10 UAE cases via Twitter, saying the country's health ministry reported the cases Apr 13 and 14. It was not immediately clear if the 10 cases included the 6 cases in Filipino HCWs that were reported by the UAE Interior Ministry on Apr 11.

The five cases in Jeddah involved a 59-year-old who died, a 30-year-old who recovered, and three HCWS, according to a statement from the Ministry of Health (MOH). The HCWs are a 64-year-old in stable condition and two 27-year-olds who have no symptoms. A machine translation of the statement was posted on Avian Flu Diary, an infectious disease news blog.

The statement gave no other details about the five cases, which raised the MOH's MERS count to 199 cases, including 70 deaths.

The case count in the Jeddah outbreak has reached 32, according to a list maintained by FluTrackers, an infectious disease news message board. The first case in the outbreak was reported on Mar 28.

In its Twitter statement, the WHO said only that the UAE reported 10 lab-confirmed MERS cases in healthcare workers on Apr 13 and 14. The agency said the cases raise its global MERS count to 238 cases and 92 deaths.

Also today, the Health Authority of Abu Dhabi in the UAE reported three new cases, all of them asymptomatic, according to a machine translation of a Kuwait News Agency report posted on Avian Flu Diary. The story gave no other details on the cases.

It wasn't clear whether those three cases or the six reported by the UAE Health Ministry on Apr 11 were included in the 10 noted by the WHO today. The 6 involved 5 Filipino paramedics and 1 nurse, most of whom work in the city of Al Ain.

One of the patients, a 45-year-old paramedic, died, according to a report yesterday in The National, an English-language news service in Abu Dhabi. The story said the surviving paramedics and the nurse were in quarantine and doing well as of yesterday.

Meanwhile, the Saudi MOH is trying to allay worries about the MERS cluster in Jeddah. In text messages sent via local carriers yesterday, the ministry advised the country's 30 million residents to check the MOH Web site, follow its Twitter feed, and call a free hotline for updates on the situation, according to a Bloomberg News story today.

A Saudi official told the Saudi Press Agency that the virus doesn't spread easily from person to person and that no cases have been linked to crowds, schools, or football stadiums, the story said.

In addition, the MOH released a lengthy statement about MERS-CoV with the aim of summarizing developments and the government's response and soothing concerns. According to a machine translation, the National Scientific Committee for Infectious Diseases concluded that the recent pattern of cases in Jeddah "does not differ from the pattern of the disease in the rest of the Kingdom."

The statement also indicated that the committee inspected hospitals in Jeddah and found that practices there are in line with national and international standards for infection control.

The statement also gave some statistics on cases, noting that of 194 cases in the country, 158 were in Saudi citizens and 36 were in non-Saudis.

Apr 14 The National story on man who died in UAE