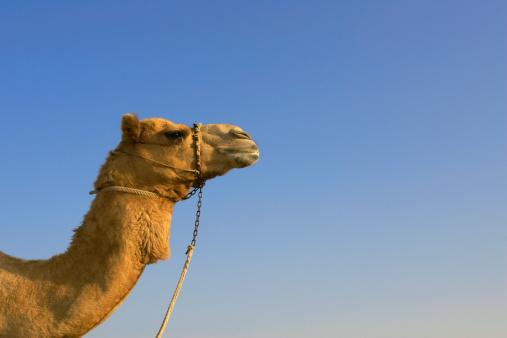 A serology study found evidence of MERS antibodies in about half of Kenyan camels tested., Sam Robinson / Thinkstock

Saudi Arabia's Ministry of Health (MOH) has confirmed five new MERS-CoV cases in the past several days and reported that at least four recent cases in Riyadh involve non-Saudi janitors who share a home.

In related news, evidence of antibodies to MERS-CoV (Middle East respiratory syndrome coronavirus) was detected in the blood of almost half of hundreds of dromedary camels tested in Kenya, according to a study published late last week.

Three cases are in Riyadh

The new cases involve three patients in Riyadh and one each in Dawadmi, just southwest of Riyadh, and Hofuf, which is in the eastern part of the country. None are healthcare workers.

The Riyadh case-patients include two female expatriates, 29 and 39 years old. The younger woman's case was confirmed on Oct 17, and the other today. They are both in stable condition and listed as secondary household contacts of a previous case, the MOH said.

The other Riyadh patient is a 61-year-old Saudi woman hospitalized in critical condition, the MOH said today. Her probable source of infection is listed as "primary," so apparently she had no contact with a previously reported MERS patient.

The MOH also reported today that 6 men have recently recovered from their MERS-CoV infections, 4 in Riyadh and 2 in Medina. The Riyadh men range in age from 39 to 58, while those in Medina are 30 and 34. The 34-year-old in Medina—a foreigner—and the 39-year-old in Riyadh are healthcare workers, neither with underlying medical conditions. Three of the other four men had preexisting conditions.

The newly reported cases bring Saudi Arabia's total since 2012 to 1,260, including 539 deaths (43%). Eleven MERS patients are still being treated.

The MOH said in a news release that four of Riyadh's recent MERS patients—all foreign women in their 20s—are janitors under contract with Princess Noura bint Abdurrahman University (PNU). They all live in a dwelling east of Riyadh. The release was posted Oct 15 but was just recently translated to English.

The agency said that 36 female workers live in a three-room apartment where the 4 became infected. The MOH added that the uninfected roommates have been ordered not to go to work during the MERS-CoV incubation period. They are being assessed by medical personnel during this time.

The release also said no MERS cases have been reported among female students at PNU. No further details were provided, but the statement does raise the possibility that the two most recently reported younger women—the 29- and 39-year-old in Riyadh—might also be part of the cluster.

In the camel serology study, published Oct 16 in PLoS One, an international team, including researchers from Kenya, reported that 47% of 335 Kenyan camels tested were positive for antibodies to MERS-CoV, with a higher prevalence in adult compared with juvenile camels.

The investigators drew blood in a convenience sampling among nine herds of dromedary camels in Laikipia County in central Kenya. They tested the serum at a 1:20 dilution for presence of immunoglobulin G antibodies that reacted with MERS-CoV.

They found an overall prevalence of 46.9%, with variation by age. The prevalence was 39.3 in camels 6 months and younger, 21.3% in juveniles (6 months to 2 years), and 60.8% in adult animals. The higher prevalence of signs of previous MERS-CoV infection in older camels is consistent with other studies.