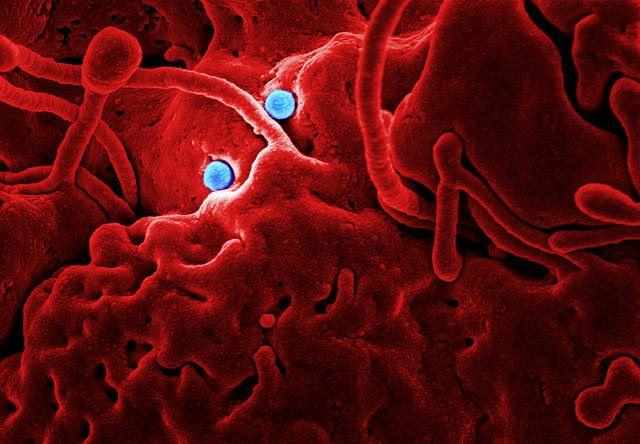 Over the weekend and today, the Saudi Arabian Ministry of Health (MOH) reported seven new cases of MERS-CoV. All the cases are connected to the current hospital outbreaks in Riyadh.

In related news, a new study found that bats harbor thousands of coronaviruses.

On Jun 10 the MOH said a patient died from MERS-CoV (Middle East respiratory syndrome coronavirus). The 32-year-old Saudi man acquired the virus while he was in the hospital as a patient.

Yesterday five healthcare workers from Riyadh were diagnosed as having MERS-CoV. The three women and two men are all expatriate healthcare workers who contracted the disease on the job. Their ages range from 35 to 57, and all are in stable condition. Only two of the five employees had symptoms.

And today the MOH confirmed that another female expatriate healthcare worker was diagnosed in Riyadh. The woman, 45, was not symptomatic and is currently in stable condition.

WHO on hospital outbreaks

Last week the World Health Organization (WHO) said it was probing at least three healthcare outbreaks of MERS in Saudi Arabia, and a WHO official told CIDRAP News that officials are investigating several unrelated hospital outbreaks in Riyadh.

Today, a new situation report said at least two hospital outbreaks began in Riyadh before June, as well as one in the Assir Region. The clusters are not related.

The report looked at MERS cases in April and May; May 15 was the last date of reporting of a laboratory-confirmed case from these three hospital clusters. So far in June, there have been at least 27 cases of healthcare-acquired MERS reported in Riyadh, among both patients and health workers.

According to the WHO, by the end of May 2017, a total of 1,980 laboratory-confirmed cases of MERS-CoV, including 720 deaths were reported globally. The case-fatality rate was 36.4%.

Saudi Arabia is the host to the majority of these cases. As of today there have been 1,634 cases since 2012. That includes 672 deaths, and 14 cases under treatment. The case-fatality rate in Saudi Arabia is 41.1%.

In a study that has implications for future MERS-CoV research, scientists working on three continents over the past 5 years have found that bats constitute 98% of the animals found to harbor coronaviruses. The results were published today in Virus Evolution.

The authors estimate there are 3,204 coronaviruses in bats, and concluded, "Viral richness was strongly correlated with bat richness, suggesting that most CoVs will be found in regions where bat diversity is highest."