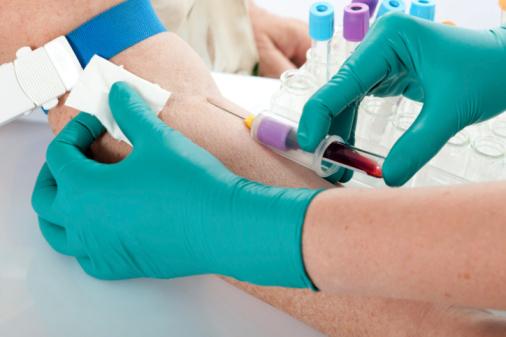 In a seroprevalence study, investigators found no evidence of MERS-CoV antibodies in blood samples from men and children in eastern Saudi Arabia., iStockPhoto

Saudi Arabia reported three more Middle East respiratory syndrome coronavirus (MERS-CoV) cases today, while a serologic study of 268 children and men in eastern Saudi Arabia found that none had antibodies suggesting past exposure to the virus.

The Saudi Ministry of Health (MOH) said the three new cases involve an 87-year-old woman, a 53-year-old woman, and a 63-year-old man, all of them Saudi citizens and all being treated in hospital intensive care units. The statement was dated Sep 27 but was posted online today.

The MOH said all three patients had other diseases—chronic in two cases—before they were found to have MERS. The statement did not list their home cities or give any other details. The MOH now shows a national total of 114 MERS-CoV cases, with 49 deaths.

The serologic study, released Sep 27 by Emerging Infectious Diseases, suggests that the virus was not widespread among men in Saudi Arabia's Eastern province late last year. However, an expert who was not involved in the study noted that no serologic tests for the virus have been fully validated, leaving some uncertainty about the findings.

Few MERS-CoV seroprevalence studies have been conducted, leaving it unclear whether many infections have gone undetected because they caused no or only mild symptoms.

In the study, German and Saudi researchers analyzed samples collected from two sets of patients at King Fahd Hospital of the University of Alkhobar, Saudi Arabia: children hospitalized for lower respiratory infections from May 2010 through May 2011, and men who donated blood in December 2012. Collection of samples from the children predated the emergence of MERS-CoV in April 2012.

The test used was a lentivirus vector that incorporates the spike (S) protein of MERS-CoV. The test "mimics key aspects of MERS-CoV cellular entry and enables sensitive and quantitative detection of neutralizing antibodies," the report says.

By examining the lentivirus vector's effect on target cells, the researchers determined that none of the samples contained neutralizing antibodies against MERS-S.

For control purposes, the team used a serum sample from a confirmed MERS-CoV case-patient. They found that this patient's serum strongly inhibited MERS-S but did not block vesicular stomatitis virus, an animal virus that does not circulate in Saudi Arabia. They also found that most of the samples from the children and men blocked a protein from a globally circulating coronavirus called NL63.

The authors say their results suggest that the seroprevalence of MERS-CoV in the area served by King Fahd Hospital was less than 2.3% in children in 2010-11 and less than 3.3% in men in 2012—the upper limits of the 95% confidence interval for 0 of 158 and 0 of 110 positive results.

"Our findings using samples from adult men argue against the extensive spread of MERS-CoV within this group in the Eastern Province of Saudi Arabia during 2012, which is noteworthy given recent reports of asymptomatic MERS-CoV infections," the report states.

However, the authors say they can't rule out the possibility that other tests might have identified positive samples. "Future analyses are required to determine MERS-CoV seroprevalence in larger patient collectives and in animal species, such as dromedary camels, that could transmit the virus to humans," they conclude.

Marion Koopmans, DVM, PhD, head of virology at the Laboratory for Infectious Diseases of the National Institute of Public Health and the Environment in the Netherlands, called the findings "interesting, but not conclusive," in view of the limitations of current serologic tests for MERS-CoV.

"At present, given the lack of samples from patients with known coronavirus MERS infection, it is difficult to say what the absence of antibodies tells," Koopmans told CIDRAP News by e-mail. "The report is not entirely clear in this sense: they present data for one [MERS] patient, and for two patients with antibodies to a regular human coronavirus. The last two only have low level responses in the test used here, suggesting it is not that sensitive."

"The study does not find any positive serum from adults in a region that has had MERS corona cases reported," she added. "These were healthy blood donors. The sample set is relatively small, and the sensitivity of the test is not well known. Nevertheless, not finding people with antibodies says at least that this infection is not widespread. The best group would have been serum samples from persons hospitalised with respiratory complaints in 2012."

Koopmans added that the lack of validation of MERS-CoV serologic tests is a problem for all investigators. "For reasons that remain unclear, there has not been an effort to set up comparative testing of antibody assays using serum samples from patients that recovered. Only after that kind of validation, we will be able to truly interpret the outcomes of these tests," she said.

If the new findings are confirmed by further studies, "it would mean that apparently there is little circulation of the virus," Koopmans said. "That would also mean that the case-fatality rate really is high." But the study "is too limited to say that definitively."