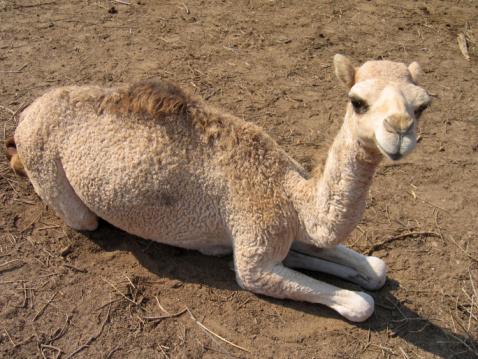 US and Saudi scientists reported today that MERS-CoV (Middle East respiratory syndrome coronavirus) isolates from camels in Saudi Arabia match MERS-CoV samples from humans and can be grown in nonhuman primate cells in a lab, further augmenting the evidence that camels are a source of human infections.

The team generated complete genetic sequences for MERS-CoV isolates from five camels and determined that they were identical to published sequences of human isolates, according to their report in mBio. In addition, they succeeded in culturing viruses from two of the camels in Vero (African green monkey) cells in their lab.

They also found that viral particles from individual camels contained more genetic variation than is true of MERS-CoV isolates from humans, which suggests that, if camels are passing the virus to humans, only certain genotypes can infect humans. That may partially explain why human MERS cases are uncommon, they say.

The study was conducted by researchers from three centers in the United States and two in Saudi Arabia, with W. Ian Lipkin, MD, director of the Center for Infection and Immunity at Columbia University's Mailman School of Public Health, as senior author.

"Here, we report recovery of MERS-CoV from nasal swabs of dromedaries, demonstrate that MERS-CoV whole-genome consensus sequences from dromedaries and humans are indistinguishable, and show that dromedaries can be simultaneously infected with more than one MERS-CoV," the report states.

"Together with data indicating widespread dromedary infection in the Kingdom of Saudi Arabia, these findings support the plausibility of a role for dromedaries in human infection."

A number of other recent studies have produced evidence of the virus, or of antibodies indicating past exposure, in camels on the Arabian Peninsula and in Africa. In March the World Health Organization voiced the conclusion that camels are a source of human infections, but just how the virus reaches humans—by air, via camel milk or meat, or by some other vehicle—remains unclear.

In February Lipkin and colleagues reported that they found pieces of MERS-CoV in 35% of young camels and 15% of adult camels among a sample of a few hundred camels from various sites around Saudi Arabia. They also found that 74% of the camels had MERS-CoV–like antibodies, suggesting past exposure to the virus or similar one.

The scientists used nasal swab samples collected in that earlier survey for the new study. They used one method to generate complete genome sequences for samples from three camels and another method to generate complete sequences for two other camels. The report says one of the camels was a 1-year-old imported from Africa and anther was a 1-year-old Arabian breed; information on the other camels was not listed.

With the intent to grow the virus in their lab, the team also inoculated Vero cells with nasal swab samples from two camels and a rectal swab sample from another camel. They found that the nasal samples yielded viral growth, but the rectal sample didn't. A full-length genomic sequence was obtained from the cultured virus.

The researchers compared their five camel MERS-CoV sequences with full-length human sequences available in GenBank. They concluded that the results confirmed earlier findings which were based on partial sequences that suggested that camels in Saudi Arabia "harbor the same virus that causes MERS in humans," the report says.

Their analysis of the camel sequences also revealed signs of multiple variants among the viruses from each individual camel, and additional testing through amplification and sequencing of certain pieces of the genome confirmed this finding, according to the report.

The team also found that in the Vero cell culture, the number of MERS-CoV genetic variants decreased over a period of 48 hours.

"Here, we confirm that DC [dromedary camels] may harbor infectious virus and that whole-genome consensus sequences obtained from nasal isolates align with whole-genome sequences recovered from humans," the report states.

In an interview, Lipkin commented that sequencing studies indicate that MERS-CoV has not mutated significantly since it was first described in 2012. He said it seems there are only a few MERS-CoV genotypes that can infect humans.

"There appears to be a wide range of different viruses present within camels," Lipkin said. Given that a similar wide range has not been reported for human isolates, "we think there may be bottleneck selection in humans that may be restrictive. In Vero cells, the complexity of the virus pool began to decrease," which would be consistent with a narrower range of variants in humans.

This limitation on the range of MERS-CoV variants that can infect humans may help explain why the human disease is not common, said first author Thomas Briese, PhD, associate director of the Center for Infection and Immunity, in a Columbia University press release.

Lipkin said his group is now aiming to find out if MERS-CoV is present in camel milk and meat in Saudi Arabia. He noted that a recent study led by Vincent Munster, PhD, of the National Institute of Allergy and Infectious Diseases showed that the virus was stable in camel's milk.

"We've begun collecting camel's milk and looking at and swabbing meats in butcher shops where people are getting access to meat, in Saudi Arabia," he said. He declined to disclose any early results.

In response to a question, Lipkin said he believes that when his group submitted the current paper for publication, it was the first report of culturing of MERS-CoV from camels, but there may be other such reports on the way.

About a week ago, officials in Qatar reported via the World Organization for Animal Health (OIE) that MERS-CoV collected from a camel in that country was grown in a lab culture of human hepatoma cells. Those findings apparently have not yet been reported in a scientific journal, however.

Still unanswered: how people get infected

Another MERS-CoV researcher, Marion Koopmans, DVM, PhD, welcomed Lipkin's findings, but said the major problem of figuring how the virus finds its way into humans still remains. She is head of virology at the Laboratory for Infectious Diseases of the National Institute of Public Health and the Environment in the Netherlands.

"The culturing is a confirmation of the PCR findings that already made it clear that camels can be infected with MERS COV," she commented via e-mail. "The previous paper from Lipkin was informative in that it showed that camels are infected with a diversity of MERS-CoV genetic variants, and that really put a strong message forward, ie: this virus is endemic in camels.

"Culturing the virus is nice, but (to me) not a major step (even if we have a similar paper on the way, to be entirely transparent). What we need now is studies that show how primary cases get infected. Likely to involve camels or camel products but still unclear."