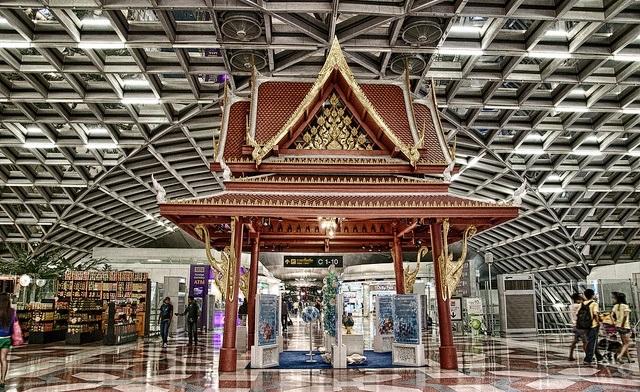 Thailand today announced its first MERS-CoV case, involving a 75-year-old man who arrived from Oman to receive medical care for a heart condition, making the country the 17th outside of the Arabian Peninsula to detect the virus in a traveler.

The man and his family landed in Bangkok at a time when airports and hospitals, especially those in Asia, are on heightened alert for MERS-CoV (Middle East respiratory syndrome coronavirus) in the wake of another travel-linked case that sparked the current large hospital-linked outbreak in South Korea.

One of the first patients infected in South Korea's outbreak flew to China, becoming that country's first imported MERS-CoV case, and Chinese experts today shared the lessons they've learned so far in treating the man and following contacts.

Korean health officials today reported 3 new cases, edging its total to 165, and said 3 more people have died from their infections, bringing the fatality count to 23.

The man arrived in Thailand on Jun 15 and was admitted to a private hospital, then transferred to Bamrasnaradura Infectious Diseases Institute, where he is listed in stable condition, according to a translation of a Thai health ministry statement posted by the blog Avian Flu Diary. Media reports said the first hospital is in Bangkok and the infectious disease facility is on the outskirts of town.

The man was initially tested for MERS-CoV at the first hospital before he was transferred, Agence France-Presse (AFP) reported today.

The health ministry said disease prevention and control measures have been taken and that the man and his relatives didn't mingle with others, but added that 59 people are being monitored for symptoms either in their homes or in the hospital.

People from the Middle East often travel to Thailand for medical treatment, according to the Post report. Several other exported MERS cases have also been linked to travel for medical reasons.

The World Health Organization (WHO) regional office for South-East Asia said in a statement today that Thailand's case is the first in the region, and it urged member nations to step up their vigilance for the disease and review disease preparedness plans.

Poonam Khetrapal Singh, MD, PhD, the office's regional director, said in the statement, "Strong health systems using strict infection control measures would be the key to prevent the spread of the virus and protect health-care workers and others."

South Korea's health ministry today reported three more MERS-CoV infections in its outbreak, which began in the middle of May with the illness of a man who returned home after travel to four Middle Eastern countries.

He arrived back in South Korea on May 4. He started having symptoms on May 11, but his MERS-CoV infection wasn't detected until May 20, after he was treated at a clinic, hospitalized, then seen in the emergency department of another hospital.

The three new patients include two nurses, one who had contact with a MERS patient at a hospital in South Chungcheong province and one at Samsung Medical Center who worked on wards where two confirmed case-patients had been treated, the Korea Times reported today.

The third patient is a man whose illness was confirmed at Kyung Hee University Hospital in Gangdong district, where he had kidney dialysis before his MERS symptoms began, according to the Times. The health ministry is monitoring 110 patients from the dialysis center who may have been exposed to the virus.

The latest deaths from the virus involve two men ages 64 and 69, both with underlying medical conditions, and an 82-year-old woman who was exposed to the virus at Konyang University Hospital in Daejeon, where she helped care for her husband who died of MERS-CoV on Jun 3.

In other developments, South Korean health officials found that a man who tested positive for the virus on Jun 13 had flown with his family for a vacation to Jeju Island, just 3 days before he had his first symptoms upon his return to Seoul on Jun 8, the Times reported. Jeju Island is a popular tourist destination in the region.

Based on reports of the man's travel, a hotel he stayed at closed and placed 31 workers on monitoring. Also, 22 Korean Air employees who may have had contact with the man have been quarantined, and the airline has submitted a list of 500 other passengers who were on the same flights, Yonhap News Agency reported today.

As of today, 6,729 possible contacts are under monitoring, 221 more than reported yesterday, according to health ministry totals posted on the WHO's Western Pacific regional office Web site.

Infectious disease experts today reported clinical disease and contact monitoring details, based on the detection of MERS-CoV in a South Korean man who traveled to China for business, despite health recommendations.

The man's father got sick after sharing a hospital room with South Korea's index patient, and an infection in the man's sister was confirmed and he had a fever the day before he traveled to China. The team from Guangdong province reported its findings in the latest edition of Eurosurveillance.

The WHO notified China of the man's travel the day after he arrived, and the next day he was found at a hotel and hospitalized by health authorities in protective gear. Before he was isolated, he had traveled to the mainland through Hong Kong, took two buses, attended meetings, and stayed at two hotels.

He tested positive for MERS-CoV the day he was hospitalized on May 28, with results confirmed in follow-up tests the next day. The man's condition worsened over the next 3 days, he had pneumonia, and was treated with ribavirin. He is currently hospitalized in stable condition and will be released once his medical team finds no viral shedding for 3 consecutive days, the report said.

The team said 78 close contacts were identified, and all have completed their 14 days of monitoring. Throat swabs were collected on the first and last day of quarantine, and no other MERS-CoV positives were found.

Healthcare workers used personal protective equipment while caring for the patient and aren't considered close contacts. As a precaution, however, serum samples were collected from 53 workers on Jun 10, and all tested negative for the virus. The experts said follow-up testing is ongoing.

In reviewing lessons learned from the incident, the group said countries should have legislation in place to prevent suspected case-patients from traveling, which would strengthen the effect of international guidance.

The authors also noted that the case exposed surveillance gaps, such as targeting only symptomatic travelers from Middle Eastern countries. And they said their clinical experience with the patient showed the value of lower respiratory tract samples, especially later in the patient's disease course.