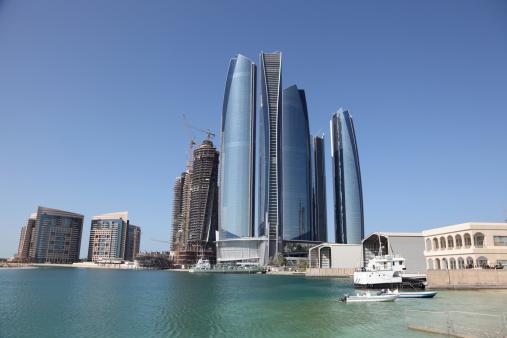 The UAE case is in a 75-year-old Omani who is hospitalized in Abu Dhabi (pictured)., iStockphoto

The case detected in the UAE is in a 75-year-old man from Oman who is hospitalized in Abu Dhabi, according to WAM, the UAE's state news service. The man is visiting the UAE and became ill with respiratory symptoms in October. He is being treated in the hospital's intensive care unit (ICU), according to the report.

The WAM information came from the Abu Dhabi health authority, which said it is coordinating with the UAE's health ministry and has taken steps recommended by the World Health Organization (WHO).

The man's infection is the sixth MERS-CoV case detected in the UAE, and he is the second Omani known to be infected with the virus.

Elsewhere, Saudi Arabia's health ministry said in a statement in Arabic that one of the country's newest cases involves a 72-year-old male resident of Riyadh who has several underlying chronic conditions. He is hospitalized in stable condition and is receiving treatment in the ICU.

The other Saudi case is in a previously healthy 43-year-old from Jeddah who is hospitalized in an ICU. The health ministry said the patient had not recently traveled outside of Jeddah.

The new cases announced today would lift the global total to 154 cases, including 64 deaths.

He told the group that active surveillance for the disease is under way, with a special focus on Hajj premises, the European Centre for Disease Prevention and Control (ECDC) said in live tweets from the meeting. He also noted that one of the key questions about MERS-CoV is why the virus behaves differently in different people, a factor that suggests transmission is more complex than previously thought.

Memish's comments came the day after Spanish health officials announced the detection of an imported MERS case that appears to represent the first one linked to October's Hajj observance, an event that drew more than 1 million foreign travelers to Saudi Arabia. So far a global surveillance system that tracks illnesses in travelers has reported no MERS-CoV cases, though multiple sentinel sites are reporting sick Hajj travelers, some of whom were hospitalized and screened for the disease.

Philippe Parola, MD, PhD, with GeoSentinel, a network of the International Society of Travel Medicine, wrote in a post to ProMED-mail that a number of influenza A infections have been detected in returning Hajj travelers. He said at least five cases were confirmed in France and seven in Ontario, Canada. Most of the viruses that were subtyped were H3N2.

In Ontario, the seven flu cases were among 26 patients who were tested for MERS-CoV in October, Parola reported. Six of the seven flu patients had returned from the Hajj, and the seventh was a child of parents who had made the pilgrimage, he said.

ProMED-mail is the online reporting system of the International Society for Infectious Diseases.