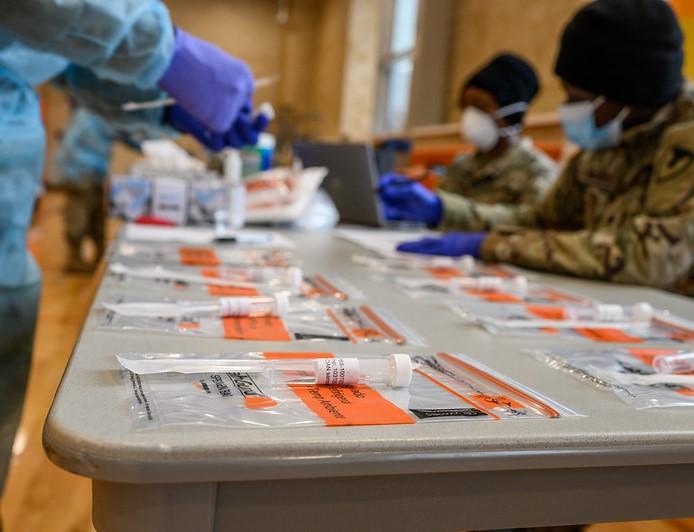 Despite the unprecedented rollout of three COVID-19 vaccines, 25% of Americans in a new poll from Monmouth University said they are still unwilling to be vaccinated.

Many experts believe that without 70% to 80% of the public gaining COVID-19 immunity through infection or vaccination, herd immunity will be difficult for the nation to obtain, especially because 24% of the population is children, who are as yet ineligible for vaccination.

In the poll, one in five adults polled (21%) said they think they will be able to return to normal by summer. In late January, that percentage was higher, at 29%. Forty percent said the return to normal will not come until the year's end, 27% say it will take longer than that, and 9% believe we will never return to normal, Monmouth University said.

"Most Americans feel that 'normal' is still many months away and perhaps a little farther down the road than initially hoped for during [President Joe] Biden's first days in office," said Patrick Murray, director of the independent Monmouth University Polling Institute.

The poll showed that an unwillingness to get vaccinated still falls along party lines, with 36% of Republicans saying they will avoid the vaccine, compared to just 6% of Democrats. Overall, about 60% of those polled said they believed Biden is handling the pandemic well.

In another poll released today from the Associated Press-NORC Center for Public Affairs Research, 40% of Americans said they were still feeling the financial burden of the pandemic, and 25% said they or someone in their household have been laid off during the pandemic.

The continued financial struggles come as Biden's $1.9 trillion American Rescue Plan bill travels back to the House today and will most likely be signed into law this week. The plan includes another round of stimulus checks for families and individuals, money for vaccine distribution, and money geared toward helping schools reopen across the country.

The Biden administration also announced yesterday that it is investing $250 million to encourage COVID-19 safety and vaccination among underserved populations. The funding is being offered in the form of health literacy grants to localities via the Department of Health and Human Services (HHS).

New data released this week by HHS show just how much US hospitals have recovered from the third wave of the pandemic, or the winter holiday wave, USA Today reported. COVID-19 patients comprise a smaller and smaller share of hospital admissions around the country, most dramatically in California, Arizona, Nevada, Georgia, and South Carolina. In those states, the number of hospitalized COVID-19 patients are the lowest they’ve been in almost a year.

According to the data, the number of hospitals reporting intensive care units at or above capacity has fallen by more than 50% since early January.

The Centers for Disease Control and Prevention (CDC) COVID Data Tracker shows that 123,232,775 COVID-19 vaccine doses have been delivered in the United States, and 93,692,598 have been administered, with 32,102,061 Americans fully vaccinated.

According to a new report from the Kaiser Family Foundation, about half of American adults older than 65 years said they have already received at least one dose of the vaccine or have an appointment to do so, but 16% say they have tried but been unable to make an appointment to get vaccinated.