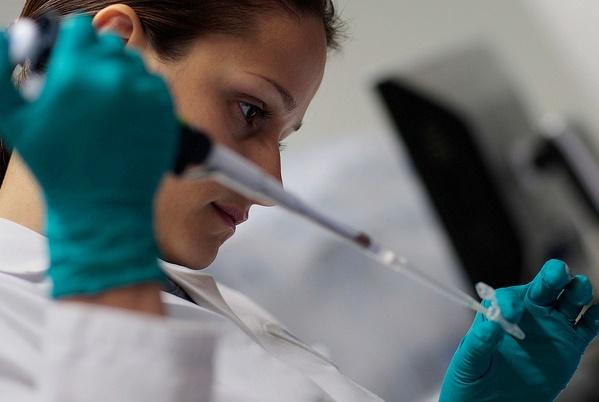 Against the backdrop of steep cuts in global health spending proposed in President Donald Trump's budget, two health advocacy groups today released a new report documenting how earlier government research and development investments have increased jobs in the United States and saved lives around the world.

Over an 8-year period, $14 billion in public spending returned $33 billion to the US economy, as companies involved in health product development responded with additional investments. The authors of the report are the Global Health Technologies Coalition (GHTC), a not-for-profit comprising 25 nonprofit groups involved in developing vaccine, drugs, and other health tools, and Policy Cures Research, a global health think tank based in Australia.

The groups unveiled the findings, detailed in a 44-page report, today at a press briefing in Washington, DC.

Jamie Bay Nishi, GHTC director, said in a press release that US global health spending from 2007 to 2015, when combined with related private-sector commitments, created 200,000 new American jobs. "It’s hard to imagine many other investments of taxpayer dollars that have provided such impressive returns," she said.

The analysis found that 89 cents of every US government dollar stays in the United States.

Developing drugs, vaccines, and diagnostic tests to battle neglected diseases is an uphill battle for research groups and biotechnology companies, because many of the diseases—such as tuberculosis (TB) and malaria—primarily affect people in low-resource nations, creating little incentive for the private sector, the groups said. US government investments, however, help jump-start the research and investments by reducing some of the financial risk.

Since 2000, several US government agencies have partnered with private industry and philanthropic groups to deliver 42 new products, including new malaria drugs targeted to children that have saved 750,000 lives, and an inexpensive malaria vaccine that is projected to save $9 billion in treatment costs by 2020.

In other examples, US support helped develop two new drugs to treat drug-resistant TB, an advanced malaria vaccine, and a low-cost vaccine against rotavirus, a deadly diarrheal disease in children.

Despite the positive impact that US global research and development funding has had on the nation's economy, the investments have been inconsistent, the group found. In 2015, apart from one-time Ebola funding, support for global health was a quarter of a billion dollars below 2012 levels.

The groups voiced concerns about the affect President Trump's proposed cuts in global health specifically and medical research in general would have on global health research and development.

Trump's budget proposal includes a 23% cut to the National Institute of Allergy and Infectious Diseases, which funds countermeasures against threats such as Zika, HIV, TB, and malaria, and the elimination of the National Institutes of Health's (NIH's) Fogarty International Center, known for building global health partnerships and training researchers. The administration's budget also calls for steep cuts at the US Agency for International Development (USAID), as well as a 20% cut for global health activities at the Centers for Disease Control and Prevention (CDC).

Weakened support could stall the response to the next global health emergency, the analysis warned, pointing to a candidate Ebola vaccine that was shelved because of a lack of research support and wasn't ready to be deployed in West Africa's outbreak.

The payoffs from the investments also help support domestic preparedness against disease threats such as Zika and Chagas, a parasitic disease increasingly found in the United States.

Nishi said it's alarming to see global health research funding uncertainty occurring when disease risks are climbing. "Global health threats tend to first emerge in the poorest corners of the world, and that's where we should be fighting them—before they reach American shores," she said. "And as this report shows, in addition to saving lives, investing in such efforts has a positive effect on both the US economy and US preparedness."

Congress agreed on a bipartisan plan in late April to fund the government through September, which mainly spared infectious disease research, development, and preparedness funding but reduced support for global health.

In May when the Trump administration released full details of its budget proposals, lawmakers from both parties said it was likely "dead on arrival," which isn't unusual for a presidential budget.

Meanwhile, House committees are working on budget bills, and yesterday the House Committee on Appropriations approved two bills that signal that spending cuts for global health might not be as dramatic as Trump's proposal, but they are still steep.

According to a report from Kaiser Family Foundation (KFF), the bills propose a 5% cut in global health assistance through State Department programs, including USAID, which is below fiscal year 2017 funding but 28% above Trump's request.

Funding for the CDC's global health activities matched the enacted fiscal year 2017 funding, while the funding for the NIH's Fogarty International Center was in line with current levels, as opposed to eliminating the center.

Other spending, such as for malaria, TB, and HIV, were close to enacted fiscal year 2017 funding. However, in some instances, some of the decreases were offset by transfers from unspent Ebola emergency funding.

Funding for Gavi, the Vaccine Alliance, was above 2017 levels and matched the President's 2018 proposed amount. The KFF noted that funding for neglected tropical diseases wasn't spelled out in the bill.