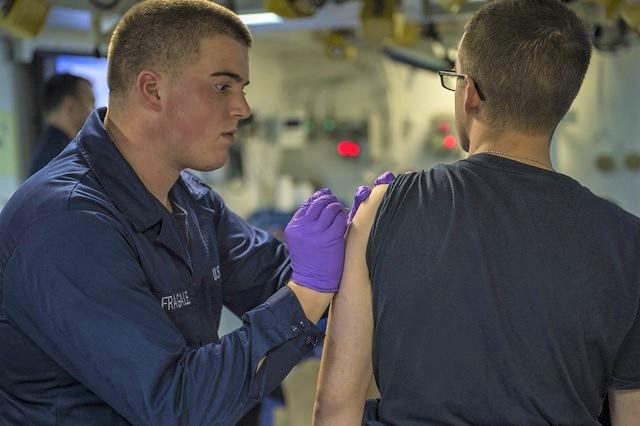 The US Food and Drug Administration (FDA) approved Bavarian Nordic's new monkeypox and smallpox vaccine, Jynneos, for use in adults over the age of 18 who are at risk for either virus, the company said yesterday in a news release.

In addition to being the only US-approved vaccine for preventing monkeypox, Jynneos is also the first FDA-approved non-replicating smallpox vaccine.

"The FDA approval of JYNNEOS is a tremendous milestone for both our company and the U.S. Department of Health and Human Services," said Paul Chaplin, president and chief executive officer of Bavarian Nordic, in the release. "Together, we have shown that it is possible to develop a safe and effective medical countermeasure for national security threats like smallpox."

"Although naturally occurring smallpox disease is no longer a global threat, the intentional release of this highly contagious virus could have a devastating effect, said Peter Marks, MD, PhD, director of the FDA's Center for Biologics Evaluation and Research, in an FDA press release yesterday. "Today's approval reflects the U.S. government's commitment to preparedness."

Jynneos, which took 15 years to develop, is safe for use in adults with eczema and compromised immune systems—people normally considered too high risk for the standard smallpox vaccine.

The vaccine, based on a live, attenuated vaccinia virus, will be injected in one dose, and has been proven to be safe and immunogenic in 22 clinical trials.

"The years of dedication working with Bavarian Nordic on this vaccine ultimately mean that the U.S. is better prepared to save lives if an emergency occurs involving one of the deadliest diseases the world has ever known," said Rick Bright, PhD, Health and Human Services deputy assistant secretary for preparedness and response and director of the Biomedical Advanced Research and Development Authority (BARDA), in the Bavarian Nordic news release.

Monkeypox is related to smallpox, and both viruses are part of the Orthopoxvirus genus in the Poxviridae family. Unlike smallpox, however, monkeypox is difficult to transmit via person-to-person. Most cases have been in humans who have eaten tainted animal meat and then fallen ill. The virus has about a 1% to 10% case-fatality rate, and patients experience an unsightly rash for several weeks after contracting the virus.

Monkeypox outbreaks are ongoing in Nigeria, but the disease has been documented in Nigerian travelers in the United Kingdom, Israel, and Singapore.

According to Bavarian Nordic, as many as 5 million people travel to countries affected by monkeypox in Central Africa each year, suggesting a market potential for a monkeypox vaccine for travelers.

Smallpox is much more deadly than monkeypox, and highly contagious. The virus was eradicated in 1980, but most of the world's population is now susceptible to infection, making the smallpox a bioweapon target, Bavarian Nordic said.

"Re-emergence of smallpox could occur as result of deliberate or accidental release of samples that are kept for research purposes or may be synthesized in a lab," the company said.

Smallpox has a 30% case-fatality rate.