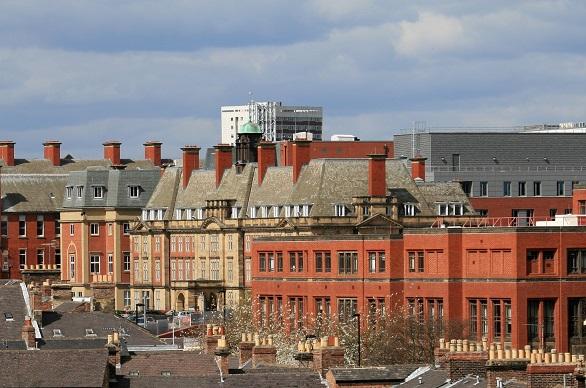 Public Health England (PHE) today confirmed the first UK instance of monkeypox spread within the country, noting that a healthcare worker who cared for a recently treated patient has contracted the disease, and two other health professionals may have had similar exposure.

"Public Health England can confirm that a third individual has been diagnosed with monkeypox in England," the agency said in a news release. "This person was involved in the care of the case in Blackpool Victoria Hospital before monkeypox was diagnosed."

The Blackpool case is the second one confirmed in England, first noted by the PHE on Sep 11. PHE confirmed the first case on Sep 8. Both patients are men who likely contracted the disease in Nigeria, which has now confirmed 115 cases in an outbreak that began a year ago.

Emma O'Brien, a senior communications officer with PHE, told CIDRAP News that the infected health worker was "considered a high-risk contact, which is why they were being actively monitored. We understand two other healthcare workers may have had similar contact with this patient, and they are no longer at work for the remainder of their incubation."

The incubation period for monkeypox can range from 5 to 21 days, according to the World Health Organization.

Following up with contacts

The newly diagnosed patient is being isolated in a specialist unit at Royal Victoria Infirmary in Newcastle. PHE officials said in a Eurosurveillance report last week that some health workers were not wearing optimal personal protective equipment (PPE) for monkeypox when caring for the patient at Blackpool Victoria Hospital at first because at that point he was not suspected to have the disease. The insufficient PPE may have exposed the workers to monkeypox viruses.

PHE said today, "We are following up with close contacts of this new case to provide advice and monitor their health. We are adopting a highly precautionary approach to minimise the risk of additional cases and are tracing anyone who had contact with this individual [the Blackpool patient] 24 hours before they noticed a rash."

Nick Phin, MD, deputy director of the National Infection Service at PHE, said, "This healthcare worker cared for the patient before a diagnosis of monkeypox was made. We have been actively monitoring contacts for 21 days after exposure to detect anyone presenting with an illness so that they can be assessed quickly. It is therefore not wholly unexpected that a [new] case has been identified."

In the Eurosurveillance report, PHE scientists categorized the high-risk exposure in the new case as direct exposure of broken skin or mucous membranes to a symptomatic patient or to his body fluids or potentially infectious material—including clothes and bedding—without wearing appropriate PPE, which includes an FFP3 filtering face-piece respirator, which is the equivalent of the N95 respirator in the United States but offers an even higher level of protection.

Such exposure also includes inhalation of respiratory droplets or airborne material from scabs or from cleaning the room of a patient with monkeypox, mucosal exposure to splashes and sharps injuries, and through contaminated gloves or other contaminated PPE.

Monkeypox is related to smallpox but is much less severe. It is considered not easily spread from person to person. Contact with animals such as rodents are more likely the cause. People who came in contact with any of the three UK cases have been offered the smallpox (vaccinia) vaccine to protect them against monkeypox.

The three cases are the first reported outside of Africa since a 2003 outbreak linked to imported African rodents caused 47 cases (37 confirmed) in the United States.

The first two UK cases are not epidemiologically linked, PHE said. The first patient is recovering at Royal Free Hospital in London and the second at Royal Liverpool University Hospital. Nigeria said late last week that a cluster of six suspected cases in Rivers state may be linked to one of the two UK cases.