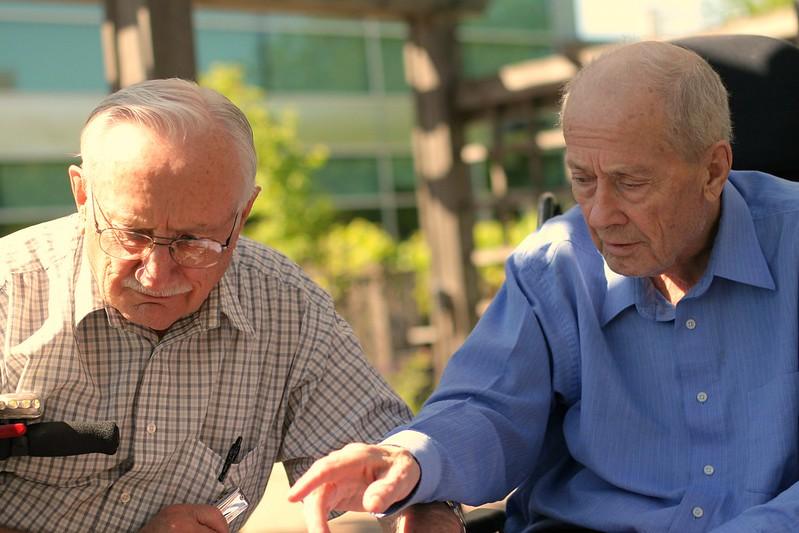 New studies show an association between COVID-19 and cognitive impairment in older patients, with one reporting memory problems and worse physical health 8 months after diagnosis and others finding cognitive decline and accelerated Alzheimer's disease symptoms as long as 6 months after infection.

University of Oslo researchers led the first study, published yesterday in JAMA Network Open. It involved 9,705 nonhospitalized adults in Norway who had been either tested for SARS-CoV-2 at four large labs from Feb 1 to Apr 15, 2020, or randomly selected (untested). At that time, nearly all COVID-19 testing in Norway was in symptomatic patients. Participants, who completed the RAND 36-Item Health Survey, were, on average, 47 years old, and 66% were women.

At the same time, 267 of 649 participants (41%) in the COVID-19–positive group reported that their health had substantially deteriorated over the previous year, and 59 of the 267 (82%) who reported memory impairment also said their health had worsened. Eighty-one of 651 positive respondents (12%) said they had difficulty concentrating. Similar numbers of patients in the three different groups reported depression, lack of energy, and pain.

"The findings are a strong impetus to reconsider the notion that COVID-19 can be a mild disease," the study authors wrote. "It also questions whether the current home-treatment strategies are optimal for the long-term outcome. Our results suggest that memory problems may be a part of [long COVID], but firmer conclusions should await a longer follow-up period."

Self-reported memory deficits are also a risk factor for the development of mild cognitive impairment or dementia, the researchers added. "Nevertheless, a more detailed examination of what type of memory problems are specific for [long COVID], like working memory vs long-term memory, is warranted in future studies," they said.

In a commentary in the same journal, Esther Oh, MD, PhD; Tracy Vannorsdall, PhD; and Ann Parker, MD, PhD, all of Johns Hopkins University, called for further studies into cognitive problems among COVID-19 survivors of different races. They also recommended research into a possible link between subjective and objective cognitive deficits, compared with norms adjusted for age, sex, and educational attainment.

"Moreover, the functional consequences of persistent cognitive dysfunction among individuals who may have been at the height of their work productivity before SARS-CoV-2 infection is an important area in need of further investigation," Oh and colleagues wrote. "Finally, ongoing efforts to understand the underlying biological mechanism of the effect of SARS-CoV-2 on the brain will be important in identifying those at high risk of developing subsequent cognitive impairment."

New research presented yesterday at the Alzheimer's Association International Conference (AAIC) in Denver tied COVID-19 to persistent cognitive deficits, including the acceleration of Alzheimer's disease signs and symptoms, according to an AAIC news release.

One study followed cognitive abilities and sense of smell in nearly 300 older adult Amerindians in Argentina 3 to 6 months after SARS-CoV-2 infection. More than half had lingering forgetfulness, and about one quarter had problems with language and executive function, all of which were tied to persistent loss of smell but not to the severity of infection.

In another study, researchers analyzed the plasma samples of 310 older hospitalized COVID-19 patients in New York, 158 of whom had neurologic symptoms. The most common symptom was confusion owing to toxic-metabolite encephalopathy (TME), global cerebral dysfunction common among very ill patients, regardless of the cause.

Patients without cognitive problems at baseline, with and without coronavirus-related TME, had higher levels of certain proteins associated with Alzheimer's disease and inflammatory markers such as C-reactive protein, which the researchers said could signify a breach of the blood-brain barrier and neural or glial injury.

A study of 32 COVID-19 patients 2 months after release from the hospital revealed that 56.2% had cognitive limitations, including problems with short-term memory. Advanced age and wide waist circumference and waist-to-hip ratio were associated with lower cognitive test scores.

After adjustment for age and sex, worse memory and cognition scores were linked to low oxygen levels during the 6-minute walk test. “A brain deprived of oxygen is not healthy, and persistent deprivation may very well contribute to cognitive difficulties,” coauthor George Vavougios, MD, PhD, of the University of Thessaly, said in the release. "These data suggest some common biological mechanisms between COVID-19’s dyscognitive spectrum and post–COVID-19 fatigue that have been anecdotally reported over the last several months."