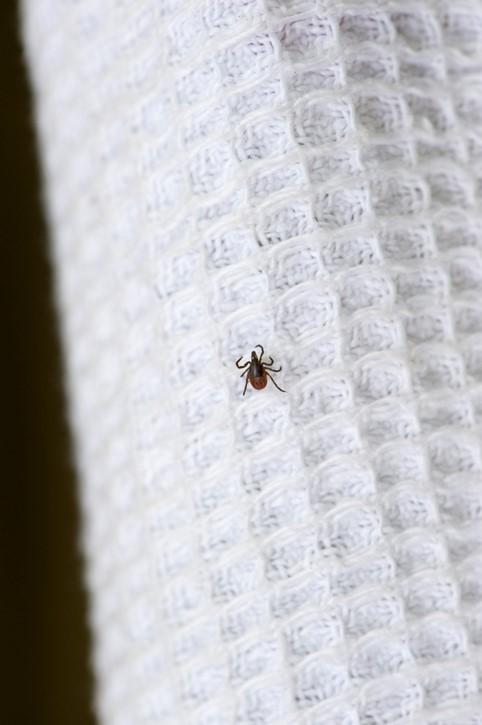 A new study shows that clothes treated with permethrin, an insecticide, were able to disrupt and impair ticks' ability to bite humans—including Ixodes scapularis (the blacklegged tick or deer tick), the primary vector of Lyme disease in the eastern United States.

Though permethrin-treated clothing is commercially available in the United States, there’s been some debate on how effective it is at repelling ticks. This study, by researchers from the US Centers for Disease Control and Prevention (CDC) and published yesterday in the Journal of Medical Entomology, challenged three types of tickswith contact with permethrin-treated clothing for 1 minute, and measured tick activity during the next hour.

The authors used 10 articles of permethrin-treated clothing from the company Insect Shield to conduct the study and untreated cotton t-shirts as controls. The authors covered playing cards with the textile and held them at 45-degree angles during the testing and exposure part of the experiment.

After 5 minutes, the difference was even more striking in lab-raised nymph ticks—young, small ticks that are past the larva stage. All of the deer tick nymphs on the untreated fabric remained on the playing cards after 5 minutes, compared with 5% of nymphs on treated material. Field-collected, deer tick nymphs, however, displayed a different pattern. On untreated clothing, only 23% remained on the cards after 5 minutes, compared with 8% on permethrin-treated fabric.

Lars Eisen, PhD, research entomologist at the CDC's National Center for Emerging and Zoonotic Infectious Diseases and senior author on the study, told CIDRAP News the findings were not surprising but were encouraging.

"The permethrin treatment causes [the ticks] irritation, and so they are more likely to fall off the clothing before reaching naked skin than on non-treated regular clothing," Eisen said.

New tools needed as ticks spread in US

A study earlier this month from the CDC said mosquito- and tick-borne diseases have doubled in recent years, as warm weather and more suburban development in wooded areas mean more human contact with ticks. Around 300,000 Americans contract Lyme disease each year, the most high profile of tick-transmitted illnesses.

Heartland virus, babesiosis, and Rocky Mountain spotted fever are other tick diseases that can cause severe health outcomes.

The CDC recommends treating clothes and gear such as boots, pants, socks, and tents with products containing 0.5% permethrin.