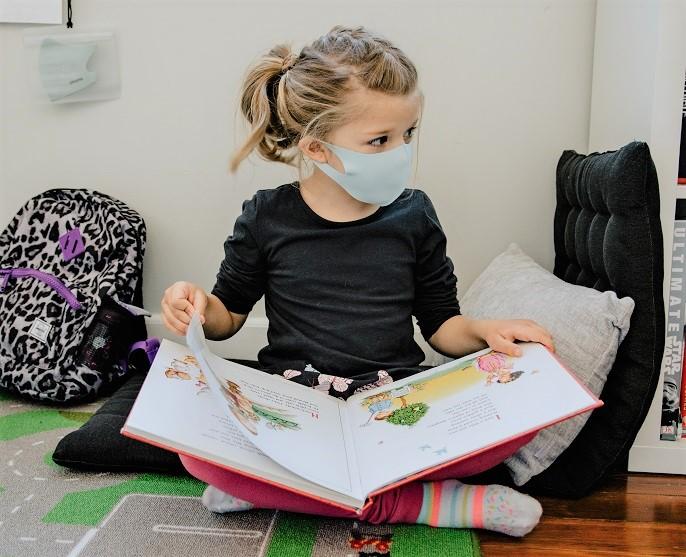 With rising US COVID-19 cases, recommendations and mandates for masks are starting to pop up across the country, and the American Academy of Pediatrics (AAP) today updated its recommendations for the upcoming school year, advising masks for everyone older than 2 years regardless of vaccination status.

Overall, US cases are up 140% in the past 2 weeks according to the New York Times tracker. Hospitalizations and deaths have increased by 34% and 33%, respectively. And the federal government is continuing its battle against COVID-19 vaccine misinformation and urging people to get vaccinated.

The AAP's updated mask recommendations for the 2021-22 school year are beyond what the Centers for Disease Control and Prevention (CDC) currently recommends (masks for only the unvaccinated). In an AAP press release, the organization said it continues to support the CDC's recommendations for ventilation, testing, quarantining, cleaning, and disinfection.

"There are many children and others who cannot be vaccinated," said Sara Bode, MD, chair-person elect of the AAP Council on School Health Executive Committee, in the press release. "This is why it's important to use every tool in our toolkit to safeguard children from COVID-19.

"Universal masking is one of those tools, and has been proven effective in protecting people against other respiratory diseases, as well. It's also the most effective strategy to create consistent messages and expectations among students without the added burden of needing to monitor everyone's vaccination status."

As reported late last week, the Food and Drug Administration (FDA) is expecting to reach a decision on Pfizer/BioNTech's and Moderna's COVID vaccine in those 12 and younger in early or midwinter.

In California, Sacramento County, health officials are now advising people to wear masks indoors regardless of vaccination status because of the Delta (B1617.2) variant, although they do not mandate it, according to Fox News. And, while Los Angeles County does mandate mask wearing indoors, the county's sheriff has already said his office would not enforce it, according to NBC News.

On Jul 17, former Surgeon General Jerome Adams, MD, tweeted that he regrets his past stance against mask use. "I'm worried the CDC also made a similarly premature, misinterpreted, yet still harmful call on masking in the face of [the rising] delta variant," he wrote. "What [the CDC] said was based on the science and conditions at the time, and amounted to 'you're safe IF you vax it OR mask it.' Both the conditions (rising cases) and the science (Delta variant) changed, but what people heard and held to was masks were no longer needed…"

Over the weekend, Facebook's vice president of integrity, Guy Rosen, addressed President Joe Biden's comment that social media platforms were "killing people" by spreading COVID vaccine misinformation. Included in his response were data highlighting that vaccine hesitancy among US Facebook users has declined by 50%, CNBC reports.

Anthony Fauci, MD, director of the National Institute of Allergy and Infectious Diseases, also commented on vaccine misinformation, telling CNN, "We probably would still have polio in this country if we had the kind of false information that's being spread now."

To shed some light on vaccine hesitancy, late last week Economist and YouGov published the results of its online poll of 1,500 people in mid-July. Three in five were vaccinated.

While some institutions are trying to mandate vaccines, they have faced mixed results. On Sunday, a federal judge upheld Indiana University's student and employee COVID vaccination requirement, Politico reported. On the other hand, this weekend, hundreds of people in Detroit protested Henry Ford Health System's vaccination mandate for employees and contractors, according to the Detroit Free Press.