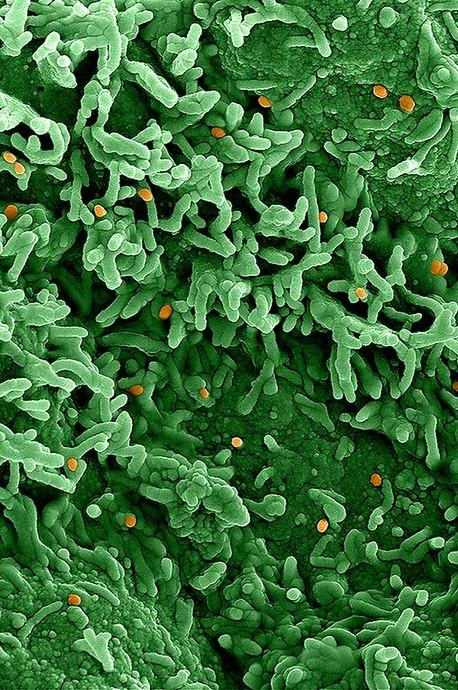 The strain of the virus in the current monkeypox outbreak in nonendemic countries likely diverged from the monkeypox virus that caused a 2018-19 Nigerian outbreak and has far more mutations than would be expected, several that increase transmission, according to a study today in Nature Medicine.

The study comes from Portugal's National Institute of Health in Lisbon, which was the first institution to genetically sequence the current strain behind more than 3,000 cases of monkeypox in Europe, North America, and other regions that had never seen the virus until this year.

Researchers found the current strain diverges from the original strain by 50 single nucleotide polymorphisms (SNPs), and several mutations made the virus more transmissible. The strain belongs to clade 3 of the West African strain of the virus, which is less fatal than the Congo Basin clade. Monkeypox outbreaks from clade 3 are typically reported from western Cameroon to Sierra Leone and usually carry a less than 1% case-fatality rate.

The authors said the outbreak was likely not caused by undetected silent spread, or from an animal-to-human crossover event. Instead, "Current data points for a scenario of more than one introduction from a single origin, with superspreader event(s) (e.g., saunas used for sexual encounters) and travel abroad likely triggering the rapid worldwide dissemination."

The authors also said the 50 SNPs that diverge from the original strain are far more (roughly sixfold to 12-fold more) than one would expect considering previous estimates of the substitution rate for orthopoxviruses, which typically have 1 to 2 substitutions per site per year.

In another study, this one published today in The Lancet Microbe, scientists use modeling to predict what will happen in nonendemic countries if public health measures to curb ongoing outbreaks are not taken.

Contact tracing and surveillance, isolation of symptomatic cases, and ring vaccination would reduce the number of secondary cases by up to 86.1% and the duration of the outbreak by up to 75.7%, the authors conclude.

The authors also said the outbreak is a moderate international concern. Currently, consultants to the World Health Organization are weighing if the outbreak constitutes an international public health emergency during a 2-day meeting.

In the United States, the Centers for Disease Control and Prevention said the national total is now 173 in 24 states, an increase of 17 cases since yesterday.

A New York City sexual health clinic offering monkeypox vaccine to men who have sex with men was forced to close because of overwhelming demand. Many men sought the vaccine in the days leading up to Pride celebrations.

Portugal now has 348 monkeypox cases, with 20 new cases in the last 24 hours. Along with Spain and the United Kingdom, Portugal has the most cases in Europe.

In other news, Croatia and Taiwan each reported their first cases of the virus.