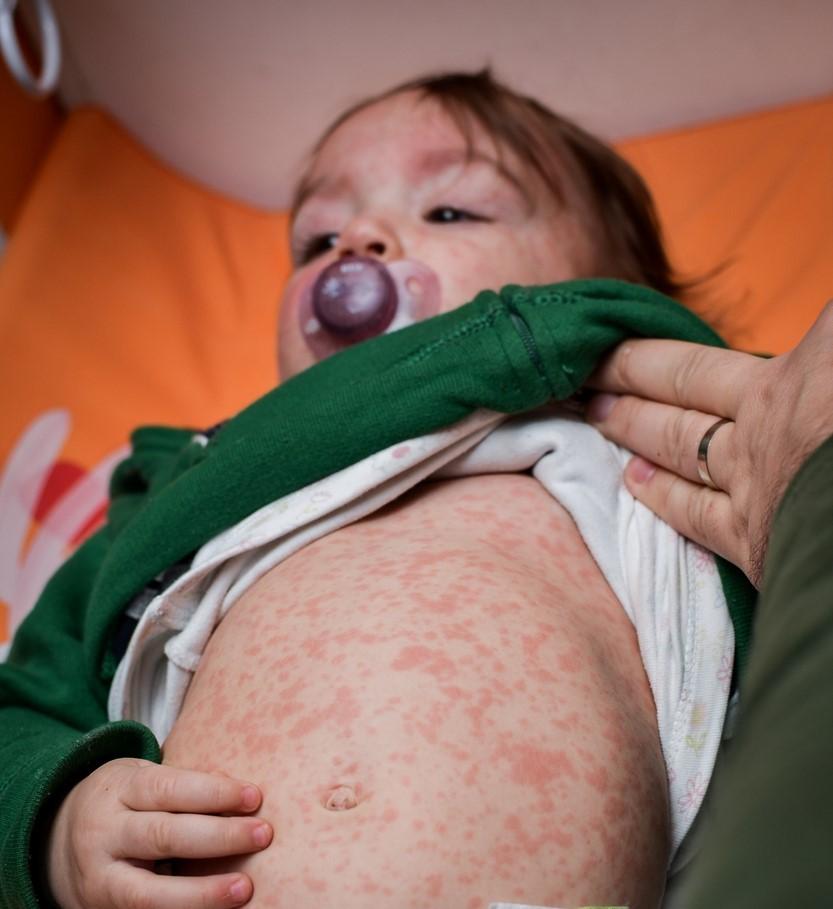 Missed measles vaccine doses for babies and deteriorating surveillance for measles during the pandemic are setting up a perfect storm for the disease to come roaring back, the World Health Organization (WHO) and the US Centers for Disease Control and Prevention (CDC) warned today.

In other developments, global COVID-19 cases and deaths continue to trend upward, mainly driven by rises in the European region, the WHO said in its latest weekly update on the pandemic.

The groups aired their concerns today in their latest report on progress against measles, which looks at the latest immunization, illness, and surveillance trends. They published their findings in an early online edition of Morbidity and Mortality Weekly Report (MMWR).

In 2020, the first year of the pandemic, more than 22 million infants missed their first dose of measles vaccine, 3 million more than 2019. It marked the largest increase in two decades. Alongside that vaccination gap, 24 measles campaigns in 23 countries that were planned for 2020 were postponed, putting more than 93 million people at risk.

Cases also dropped, by 80%, compared to 2019, but the groups said surveillance activities also took a nosedive, with the lowest number of specimens sent for testing in over a decade. The authors said the decline in surveillance prevents health officials from preventing and monitoring outbreaks.

In 2020, major outbreaks were reported from 26 countries, which accounted for 84% of all the cases reported.

Kevin Cain, MD, the CDC's global immunization director, said in a WHO statement that large numbers of unvaccinated children, measles outbreaks, and the diversion of surveillance and testing resources to support the COVID-19 response increase the likelihood of measles complications and deaths.

"We must act now to strengthen disease surveillance systems and close immunity gaps, before travel and trade return to pre-pandemic levels, to prevent­­ deadly measles outbreaks and mitigate the risk of other vaccine-preventable diseases," Cain said.

The WHO and CDC warned that the drop in cases in 2020 shouldn't mask the growing threat of measles to kids across the world.

Kate O'Brien, MD, who directs the WHO's Department of Immunization, Vaccines, and Biologicals, said it's critical to vaccinate against COVID-19 as quickly as possible, but the effort requires fresh resources that don't drain essential immunization programs. "Routine immunization must be protected and strengthened; otherwise, we risk trading one deadly disease for another," she said.

Last week global COVID-19 cases rose slightly and were up 1% compared to the previous week, but deaths declined by 4% over the same time period, the WHO said in its latest weekly update on the pandemic.

Most of the rise was driven by increases in European region countries, with stable or declining activity reported in other parts of the world. In Africa and the Eastern Mediterranean regions, falling case trends have now plateaued, as declines continue in Southeast Asia and the Western Pacific regions.

The five countries that reported the most cases last week include the United States, Russia, the United Kingdom, Turkey, and Germany.