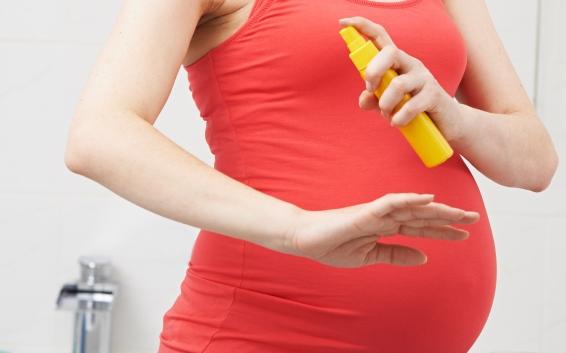 Many Americans, including families of pregnant women or those considering getting pregnant, aren't aware of key facts about Zika virus, such as the association to birth defects and that the virus can spread through sexual transmission, a Harvard-led study revealed today.

In other developments, Brazilian researchers reported clinical findings on more than 100 babies recently born with microcephaly in one of the country's hard-hit Zika states.

The Zika perceptions survey found knowledge gaps not only in the households of pregnant women and those planning on getting pregnant, but also among the American public.

The team from the Harvard T.H. Chan School of Public Health, along with the National Public Health Information Coalition (NPHIC), conducted the nationally representative phone survey of 1,275 adults Mar 2 through 8, according to a Harvard press release. The sample included 105 people who live in households where someone is pregnant or considering getting pregnant in the next 12 months.

Among pregnancy or pre-pregnancy households, 23% weren't aware of the association between Zika virus and microcephaly. Also, 20% incorrectly thought that there is a vaccine to protect against the virus, and 42% didn't know that Zika virus can be transmitted sexually.

Gillian SteelFisher, PhD, the poll's director and Harvard researcher, said in the press release that although the poll reveals an information gap, "We have a key window before the mosquito season gears up in communities within the United States mainland to correct misperceptions about Zika virus so that pregnant women and their partners may take appropriate measures to protect their families."

People in households not affected by pregnancy issues also held several misperceptions about Zika virus. For example, 39% mistakenly thought a nonpregnant woman's illness could pose a risk of future birth defects. And 31% of respondents thought the virus spreads by coughing and sneezing rather than by mosquitoes.

Researchers found other misperceptions about how the virus spreads and its symptoms. They also noted that many respondents weren't aware of the link to Guillain-Barre syndrome (GBS), a neurologic complication that can lead to severe but usually temporary paralysis.

The poll also found some encouraging themes, such as high levels of support for mosquito spraying if their communities need it. Also, most say they routinely take precautions against mosquitoes.

The public seems to be paying attention to Zika virus, according to the poll, which found that 78% are following news events, and 52% of respondents say they follow events "very" or "somewhat" closely.

Brazilian researchers today reported on clinical findings from a cohort of 104 babies born with microcephaly in 2015 in Pernambuco state who were referred to two hospitals. They published their findings in Emerging Infectious Diseases.

Referrals increased from the middle of September, peaking in late October. Seventy of the babies had severe microcephaly. Of 100 mothers interviewed, 59 recalled having a rashlike illness during pregnancy. Three infants tested positive for syphilis, two for dengue, and one for herpes simplex virus.

As of Jan 13, researchers had investigated 58 of the 104 cases. All had radiologic abnormalities. Calcifications—seen in 93%—occurred mainly in the cortical-subcortical junction, but also in several other brain regions. Many babies (69%) also had evidence of malformations in cortical development.

The team concluded that microcephaly and the clinical findings they found are consistent with intrauterine infection, with timing suggesting congenital infection, possibly with Zika virus. The investigators noted that a high proportion of intracranial calcification in the cortical-subcortical parenchyma may be unique, compared with other congenital infections, but more studies are needed to confirm the pattern.