Experts warn spraying may not be very effective against Aedes 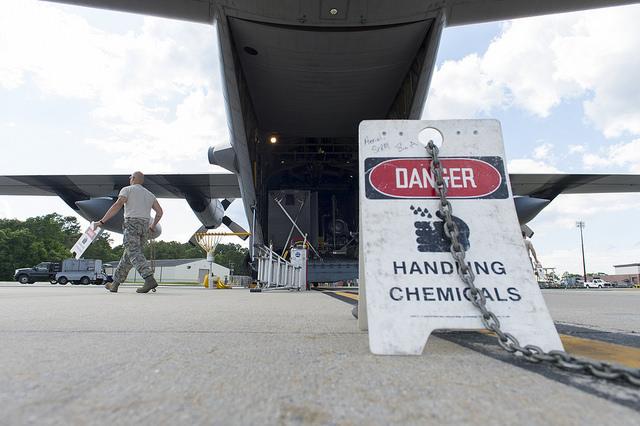 On the heels of a federal recommendation to begin aerial spraying in Puerto Rico as a way to beat back Aedes mosquitoes, the hosts of the Zika virus, several vector control experts are voicing their concern over the plan.

"I consulted the CDC [Centers for Disease Control and Prevention] on this topic, and I recommended against it," said infectious disease and mosquito control expert Duane Gubler, ScD, MS. "It's uncharted territory. It's expensive. And it's temporary."

Gubler explained that while spraying is often used successfully against floodwater mosquitoes, the Aedes mosquito, which can spread Zika, yellow fever, dengue, and chikungunya, doesn't live in easy-to-reach places.

"The mosquito lives in closets, inside garbage, indoors," said Gubler. Those conditions are less than ideal for mass spraying campaigns, he added.

And Gubler has direct experience in this area. In 1987, he ran a study in Puerto Rico during the height of a dengue fever outbreak, using C-130s—the same airplane the CDC is recommending for Zika spraying—and the same insecticide, naled. Though Gubler found spraying was effective in decreasing mosquito populations, it did nothing to stop the transmission of dengue.

"Successful spraying against Aedes depends on too many factors. Do people have their windows open? What rate is the wind speed? What is the weather?" said Gubler. "Spraying doesn't kill larvae, and naled isn't a residual insecticide. You'd have to spray weekly to make an impact."

Gubler, like several other mosquito experts, says the CDC's recommendation was borne out of political pressure to assuage the public's fears about Zika virus.

"The president, the Secretary of Health and Human Services, the director of the CDC are all responding to the pressure to do something, anything," he said.

Before considering spraying against Aedes again, Gubler said there need to be more studies and data that show updated spraying methods can target the mosquito where it lives.

Gubler, now retired, served as director of the CDC's Division of Vector-Borne Infectious Diseases for 15 years, and as chief of the agency's dengue branch for 9 years, as well as on numerous World Health Organization committees.

"We have unpublished data that shows new technologies make aerial spraying a tool for Puerto Rico to use against Aedes," said Tom Skinner, senior press officer at the CDC. "The research involves the way in which the chemicals are dispersed to ensure more penetration into areas where the mosquitoes live." But Skinner said the data wasn't immediately available.

Skinner said the recommendation to spray with naled has to be considered as part of a larger strategy to "throw everything but the kitchen sink" to halt Zika in Puerto Rico.

"Ground spraying, screen doors, anything that can help with vector control, including aerial spraying, should be used," said Skinner.

Mike Doyle, director of the Florida Keys Mosquito Control District, said that aerial spraying of naled may be the only "big" option on the table to fight Zika in Puerto Rico. Doyle is a proponent of aerial spraying against Aedes, not because he thinks it's likely to do much, but because it's better than doing nothing.

"If you're fighting a bear and you only have a pocket knife, you should use the pocket knife," said Doyle. "Something has to be done immediately. Ethically if you have a tool that will kill even some [of the Aedes], then you have to use it."

Doyle said naled has been used safely in Florida for dozens of years, with more than 2,000 acres sprayed regularly in the Keys and an even wider swath after a hurricane. Doyle said naled was used aerially in 2009 in efforts to stop the spread of dengue in the Keys but showed limited effectiveness.

Still, Doyle said you have to "use what you have until you find something better." Fortunately, Doyle said, Aedes are not resistant to naled, and the product can reduce total numbers of mosquitoes, which in theory should lower Zika cases.

"One female Aedes can infect dozens of people, so killing even one could prevent people from getting sick," said Doyle.

Doyle said the best way to control and kill Aedes mosquitoes is through sterilizing the population. This can be done in two ways: introducing a natural biological agent, like the Wolbachia bacterium into mosquito populations, or creating genetically modified mosquitoes that can't reproduce.

"As a planet we are not well prepared to fight mosquitoes right now," said Doyle. "And these options are very expensive."

In the meantime, others, like Peter Hotez, MD, PhD, dean of the National School of Tropical Medicine at Baylor College of Medicine in Houston, said the government should look to history to understand the best way to control Aedes.

"I don't agree with those who say we can't spray our way out of this, but we should look at house-to-house spraying, because we know that works," said Hotez. He recently penned an editorial in PLoS Neglected Tropical Diseases that detailed the history of successful spray campaigns against Aedes.

From 1947 to 1962, Aedes were eradicated in 20 Latin American countries using DDT in house-to-house spraying campaigns. But such efforts never took off in the United States. (Aedes species are now resistant to DDT, which is legally banned.)

"It was a cultural thing, people not wanting something invasive in their home," said Hotez. "I have no objection to aerial spraying if it works, but we don't know that." Hotez said that house-to-house spraying with an agent like naled could be an option in Puerto Rico.

Some, like Joe Conlon, technical advisor for the American Mosquito Control Association, worry that if aerial spraying fails to control Zika in Puerto Rico, it will damage public opinion of successful spray campaigns in the states.

"I don't want something like this to compromise the public's idea of mosquito control," said Conlon.