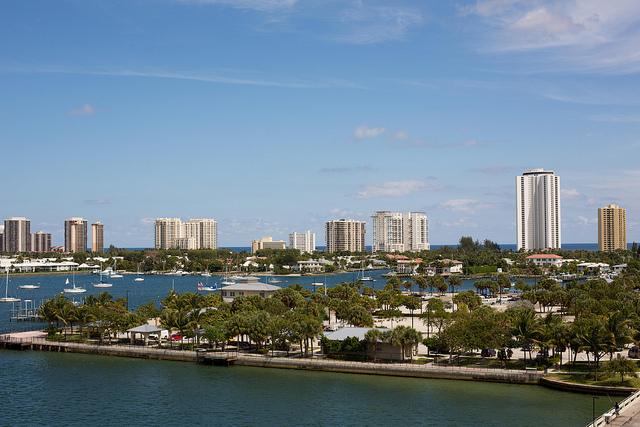 A second case in Palm Beach County does not mean a new site of active transmission of Zika, the Florida Department of Health (Florida Health) said in announcing one more locally acquired case today.

Florida Health had announced the first Palm Beach County case on Aug 8 and said today that  active transmission is not likely taking place in that community.

Under Centers for Disease Control and Prevention (CDC) Zika guidelines, infections need to occur in a 1-square-mile area among non-household members before a site of "active transmission" can be named. Wynwood, the neighborhood just north of downtown Miami, and Miami Beach remain the only two places in Florida identified as sites of active transmission. The CDC said pregnant women should avoid travel to those two areas.

Today's announcement raises the number of cases of locally transmitted Zika infection to 43.  Thirty-nine cases have been in Miami-Dade County, two cases in Palm Beach County, and one case in each in Broward and Pinellas counties.

Hillary Clinton offered some details about her proposed plan to deal with public health emergencies in the wake of local transmission of Zika virus in Florida, according to a story by the Associated Press (AP) today. The Democratic presidential nominee visited the Wynwood neighborhood last week, and chided Congress for failing to answer President Obama's call for $1.9 billion in Zika funds before they left for summer recess in mid-July.

Clinton said her "Public Health Rapid Response Fund" would allow money to be diverted from the Department of Health and Human Services – without Congressional approval – during a public health emergency; similar to how funding is harnessed during a natural disaster.

Clinton did not say how big the fund would be or how the money would be paid back, but did say the plan would cost several billion dollars over the next decade.

Today the CDC said it was providing $6.8 million to national partners to aid in Zika and mosquito surveillance. The current funding is being distributed by CDC’s Office for State, Tribal, Local and Territorial Support (OSTLTS), and it's in addition to the $1.6 million allocated for Zika response work awarded to the same national partners earlier this year.

Already, the CDC has spent $100 million fighting Zika in the continental United States.

Also today, in a letter published in the New England Journal of Medicine a Brazilian doctor described a case of microcephaly, developmental delay, and Zika viremia in a child whose mother was infected with Zika around her 26th week of pregnancy.

The child appeared normal at birth and doctors initially failed to diagnose microcephaly based on physical examination. But imaging on the baby's brain showed reduced functional tissue, especially in the frontal and parietal lobes. Magnetic resonance imaging scans also showed calcification in the subcortical area.

Zika virus was detectable in the child's serum until at least 67 days post-birth. On day 53 post-birth, the child had no signs of delays or abnormalities, but by 6 months of age, the baby showed gross motor delays, hypertonia, and spastic hemiplegia, which caused the muscles on the child's right side to be in constant spasm.

The child's father had symptoms of Zika virus when the mother was 23 weeks pregnant, with the mother getting a fever, rash, and aches 3 weeks after probable exposure. For both parents, the virus was self-limiting and resolved.

The case provides some insight into how long the virus sheds in infected infants, and shows how congenital brain abnormalities may not be apparent at birth.