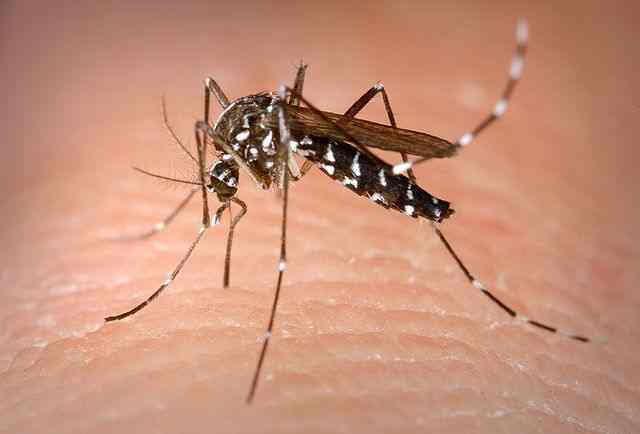 Zika virus will probably spread in all countries and territories in the Americas where Aedes mosquitoes are found, and one more country—the Dominican Republic—has reported local transmission, according to new updates from the Pan American Health Organization (PAHO).

Chile and Canada are the only countries in the Americas where Aedes mosquitoes, the main vector for Zika virus transmission, are not found.

PAHO also weighed in on why the disease is spreading so quickly: because people in the Americas have not been exposed to Zika virus before, leaving populations without immunity, and because Aedes mosquitoes are widespread in the region. The same type of mosquito is also linked to two other diseases in the region, dengue and chikungunya.

Other transmission routes pose some risks, but so far the evidence is limited, PAHO said. Zika virus has been isolated in semen, and one instance of possible human-to-human sexual transmission has been reported. However, more data are needed to confirm a link, the agency said.

Zika virus can be transmitted through blood, but it occurs infrequently, according to PAHO, which urged health providers to observe standard precautions that are already in place for blood donations and transfusions. Evidence of mother-to-child transmission during pregnancy or childbirth is also limited, but research is under way to better understand perinatal transmission and how the virus affects babies.

Brazil, where the virus has struck earliest and hardest in the Americas, has reported a large increase in microcephaly cases, which involve small heads and brains in newborns. And scientists have isolated the virus in amniotic fluid, blood, and tissue samples from Brazilian newborns, as well as in placental tissue. Risk assessments from health organizations, however, emphasize that it's hard to gauge the true magnitude of the problem.

So far there is no evidence that mothers can pass the virus to babies through breastfeeding, PAHO said. It urged women in Zika-circulation areas to follow the standard recommendations from the World Health Organization (WHO) and PAHO, which is the WHO's regional office.

PAHO also emphasized recommended prevention steps, since there are no vaccines or drugs to battle the virus. It urged people to eliminate breeding sites in and around households, such as buckets and other containers, flower pots, and tires that can collect water.

The agency also recommends personal protection, such as applying insect repellent, wearing clothes that protect as much of the body as possible, and using physical barriers against mosquitoes, such as screens, doors, and mosquito nets when sleeping, especially during the day when Aedes mosquitoes are most active.

Given the marked microcephaly increase, pregnant women should consult their health providers before and after travel to Zika-affected areas, PAHO said. It added that the decision to postpone pregnancy is an individual one to be made between a woman, her partner, and her healthcare provider. Some countries such as El Salvador have urged women to postpone getting pregnant.

In other developments, PAHO added the Dominican Republic to the list of countries with local transmission, edging the total to 21. The development isn't surprising, given that neighboring Haiti reported its first five local cases on Jan 18.

The WHO hasn't yet posted its notification of the Dominican Republic's first cases, but a health ministry statement in Spanish translated and posted by H5N1, an infectious news blog, yesterday said 10 of 27 blood samples sent to the US Centers for Disease Control and Prevention (CDC) were positive for Zika virus.

The ministry said the infected patients were from National district, the cities of Santo Domingo Norte and Jimani in Independencia province, and Santa Cruz in Barahona province.

WHO executive board on Zika

The Zika virus outbreak in the Americas was part of an opening address by WHO Director-General Margaret Chan, MD, MPH, on the first day of the WHO's executive board meeting today. Calling the spread of the disease "explosive," she said circumstantial evidence of a link between Zika virus and microcephaly is extremely worrisome, and reports of neurologic syndromes in some countries add to the concern.

"I thank all newly affected countries for detecting the virus quickly and promptly and transparently notifying WHO in line with International Health Regulations," she said.

Chan added that she has asked PAHO Director Carissa Etienne, MD, to brief the board later in the week on the latest Zika virus developments and the WHO's response.

One topic missing from WHO's discussions so far is pulling together an emergency committee to address the Zika virus threat, STAT News reported today, citing a WHO spokesman who said more evidence and data are needed

Expert emergency committees are a function of the International Health Regulations and are used to advise the director-general on whether an emerging health situation warrants a public health emergency of international concern (PHEIC). During the Ebola outbreak the WHO came under fire for declaring an Ebola emergency too late, and some groups that have independently reviewed the WHO's response have suggested improvements in the process, such as instituting a range of emergency levels that committees can declare.

Some experts, however, told STAT that the WHO should have already convened an emergency committee for Zika virus. Lawrence Gostin, JD, director of the O'Neill Institute for Global Health Law at Georgetown University, said there's now an urgent need for an emergency committee to issue detailed guidance on national preparedness, travel advisories, and punitive measures.

Jan 25 Chan speech before the WHO executive board