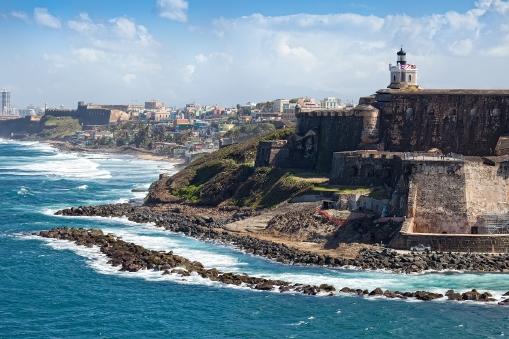 The case is in Puerto Rico's East region, which is east of the capital, San Juan, pictured here., fallbrook / iStock

Puerto Rico has confirmed its first locally acquired Zika virus infection, triggering an investigation by the US Centers for Disease Control and Prevention (CDC) and territory officials into how the patient, who had no known travel history, contracted the disease.

The quickly expanding outbreak of the virus carried by Aedes mosquitoes has now spread to 14 locations in the Americas and on Dec 31 prompted a CDC warning for people traveling to Puerto Rico.

In a Dec 31 press release on Puerto Rico's first case, the CDC said because Aedes mosquitoes are found throughout the world, it's likely that the virus will spread to new countries.

Zika virus infections are typically mild, but one of the main concerns is a possible association between the virus and microcephaly cases in babies, which was first noted by Brazil in November, amounting to about a 20-fold increase. Brazil's health ministry on Dec 29 reported 2,975 suspected cases, which includes 40 deaths that may be related to the condition, a birth defect marked by smaller-than-normal heads and brains.

The CDC said hospitalizations and deaths from illnesses are rare, with fever, rash, joint pain, and conjunctivitis as the most common symptoms, lasting several days to a week. It added that infection is thought to offer lifelong immunity.

In its watch level 1 (practice usual precautions) travel notice, the CDC warned that the locally transmitted case means mosquitoes in Puerto Rico have been infected with Zika virus and that travelers to the island and other affected areas protect themselves from mosquito bites. The areas include South America, Central America, the Caribbean, and Mexico.

The CDC said pregnant women should take extra precautions, given the possible link between the virus and microcephaly. Earlier in December the CDC had issued similar notices for Zika virus in Mexico, Central America, and South America.

A threat to the US mainland?

So far no locally transmitted Zika virus cases have been reported anywhere else in the United States, but illnesses have been reported in returning travelers, the CDC said in its background information on the virus. The agency added that with recent outbreaks in the Pacific Islands and South America, the number of infections in travelers returning to the United States will likely increase, which may result in local spread in some parts of the country.

Mexico reported its first two locally contracted Zika virus cases in late November, one from Chiapas state in the southeastern part of the country, and the other from Nuevo Leone state, in the northeast and not far from the border with Texas.

In California, Aedes species mosquitoes last summer and fall expanded their range to more than 12 areas around San Diego and Imperial counties in southern California, the San Diego Union-Tribune reported on Dec 30. The mosquitoes were first detected in the state in 2013, have tripled in number since then, and have now been identified in 82 of the state's cities, including Escondido, Los Angeles, Fresno, and parts of the Bay Area.

So far the state hasn't reported any locally acquired mosquito-borne disease such as dengue fever or chickungunya, though several cases have been reported in returning travelers. An infected patient can transmit the virus to mosquitoes, which can then transmit the disease to others through a bite.

Marco Metzger, PhD, a senior public health biologist with the California Department of Public Health, told the Union-Tribune that the increasing range of the mosquitoes is an emerging concern and that if they become widely successful in the state, the potential for disease transmission increases.