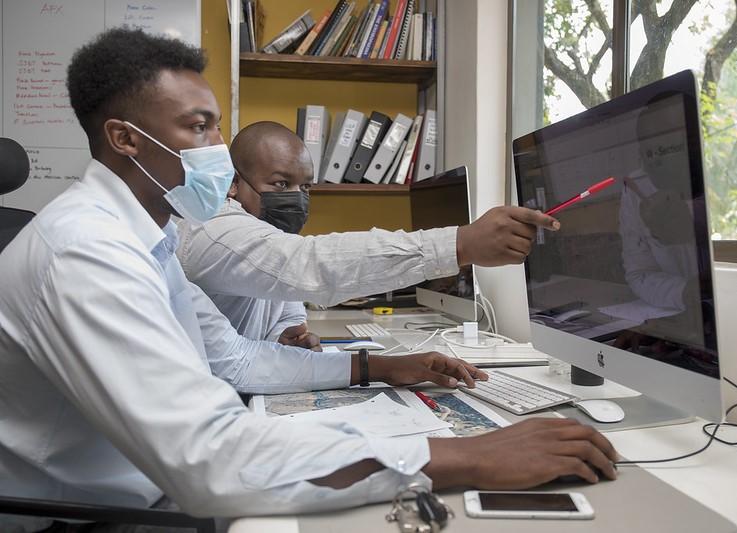 Africa's COVID-19 cases rose 93% over the past week, with increases occurring across all of the continent's regions, but early signals from South Africa—the Omicron (B.1.1.529) variant epicenter—show that hospitalizations remain low, officials from the World Health Organization (WHO) African regional office said today at a briefing.

Meanwhile, at least 57 countries reported cases, with some reporting community spread, including the United Kingdom which announced new "plan B" measures to slow COVID-19 activity, especially as it anticipates rising Omicron levels.

So far, 10 African nations have reported Omicron cases, and African countries account for 46% of the world's confirmed variant infections, WHO officials said. Southern Africa is the hardest hit part of the region, not surprisingly due to Omicron activity in South Africa.

Richard Mihigo, MPH, who manages the office's immunization and vaccine development program, said it will take at least another 2 to 3 weeks to gain a fuller picture of Omicron's effects, but preliminary data on hospitalizations in South Africa between Nov 14 and Dec 4 found that intensive care unit occupancy was only 6.3%, which he said is very low compared to when the country was approaching its last Delta peak in July. He said the signals from South Africa so far are encouraging.

So far there's no conclusive evidence that vaccines are ineffective against the Omicron variant, Mihigo said. Earlier this week, multiple small lab studies found early evidence of immune escape based on reduced antibody neutralization titers, but so far it's not clear what the full impact will be on vaccine protection and the effect on severe illness and hospitalization.

Matshidiso Moeti, MBBS, who directs the WHO's African regional office, said with Omicron in nearly 60 countries, travel bans that target African countries are hard to justify. She said African scientists were the first to detect and share information about the variant, but it's not clear if transmission was occurring silently in other world regions.

"The travel restrictions come at the height of the end-of-year tourist season, ravaging Africa’s economies, with a knock-on impact that is potentially devastating to the health of Africans," she said.

Yesterday at the WHO's headquarters briefing, Director-General Tedros Adhanom Ghebreyesus, PhD, praised France and Switzerland for lifting their bans and urged other countries to follow suit.

At today's briefing, WHO officials said the uneven distribution of vaccines is creating ideal conditions for variants to emerge and spread, with those with the least access at the greatest danger. They said Africa has received only 3% of the world's COVID-19 vaccine supply and that only 6 of 54 counties have met the goal of vaccinating 40% of their population by the end of the year. Currently, about 7.8% of Africa's population is fully vaccinated.

In South Africa's outbreak, the country reported 22,391 new cases today, with the case positivity rate at 29.8%, up from 26.8% yesterday, according to the National Institute for Communicable Diseases.

Of the new cases, 53% were from Gauteng province, which reflects rises in other provinces. Western Cape province's cases are rapidly increasing, but hospitalization rates aren't climbing at the same rate, the provincial officials said, according to Independent Online, a South African media outlet.

In its latest risk assessment, the UK's Health Security Agency (HSA) yesterday said that, based on test findings and case numbers, Omicron is showing a significant growth advantage over Delta and will likely become dominant.

If the growth rate and doubling time continues at rates seen over the past 2 weeks, the HSA said it expects to see Omicron make up 50% of COVID-19 cases in the next 2 to 4 weeks.

Analysis of S-gene target failure, a testing surrogate that suggests Omicron presence, indicates that there are as many as 705 cases, most of them in London and the South East.

As expected, UK Prime Minister Boris Johnson yesterday announced new "plan B" restrictions, which include a recommendation to work from home if possible, masking in public places, and the use of vaccine passes for nightclubs and large venues, according to Reuters.