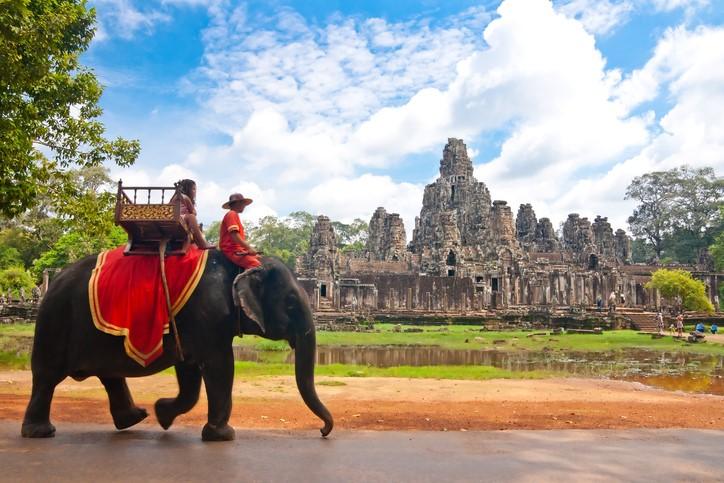 Editor's note: This story was updated on Feb 3 with comments from Chris Plowe, MD, MPH.

A new study in the Lancet Infectious Diseases indicates that resistance to the first-line treatment for malaria in Southeast Asia began to emerge several years before it was first detected and is linked to an aggressive strain that has spread rapidly across the region. Experts say the findings raise troubling questions about the future of global malaria control efforts.

The emergence of a strain of malaria that is resistant to artemisinin-based combination therapy (ACT)—the currently recommended first-line treatment for malaria—is a concern because it threatens to derail the progress that's been made against malaria-causing parasites in recent years. Since 2010, according to the World Health Organization, global malaria incidence has fallen by 18%, with the largest decline (48%) recorded in Southeast Asia. Malaria deaths in the region have declined by 44%. ACT has been integral to this success.

In 2013, the first clinical reports of treatment failure in malaria patients receiving dihydroartemisinin and piperaquine (a form of ACT) began to emerge in western Cambodia, only 5 years after it was introduced. Since then, the frequency of treatment failure in patients receiving this combination therapy has risen throughout Cambodia and its neighboring countries in the Greater Mekong subregion—Laos, Myanmar, Thailand, and Vietnam.

While previous research has indicated that resistance to dihydroartemisinin-piperaquine in the Greater Mekong subregion is caused by a certain strain of the Plasmodium falciparum parasite, this is the first study to provide an in-depth genetic analysis of the epidemiologic origins and history of the outbreak.

Combined lineage spreads under the radar

In the study, a team led by Roberto Amato, PhD, of the Wellcome Sanger Institute analyzed genome sequence data on 1,492 P falciparum samples from 11 locations across Southeast Asia, including 464 samples that were collected in western Cambodia from 2007 to 2013. Dihydroartemisinin-piperaquine was introduced as first-line treatment for malaria in Cambodia in 2008, and despite the emergence of artemisinin resistance in western Cambodia, the combination treatment was initially effective, though effectiveness was delayed.

The genome sequence data revealed that two genetic markers of dihydroartemisinin-piperaquine resistance were prominent in the samples and observed throughout the entire region; 689 of 1,492 samples (46%) carried mutations of the kelch13 gene, which cause resistance to artemisinin, and 199 of 1,465 carried amplifications of the plasmepsin 2 and 3 genes, a marker for piperaquine resistance. But the mutations were more common in the samples from western Cambodia.

The researchers then looked for samples in which these markers were combined, identifying 154 parasites that were resistant to dihydroartemisinin-piperaquine. Ninety-one percent of these samples (140 of 154) combined one predominant lineage of kelch13 mutations (called the KEL1 lineage) with one predominant lineage of plasmepsin 2 and 3 mutations (called the PLA1 lineage). Further analysis revealed that these lineages came together in 2008, right after dihydroartemisinin-piperaquine therapy was introduced.

This combination of KEL1 and PLA1 lineages was initially confined to western Cambodia, but it grew in frequency over time, from 16% (5 of 31) of samples in 2008 to 68% (25 of 37) of samples in 2013. By 2012-2013, the researchers found, the resistant parasites had migrated to northern Cambodia and neighboring Laos. The researchers speculate that the dihydroartemisinin-piperaquine resistant parasites that appeared in northeastern Thailand and Laos in 2014-2015 and Vietnam in 2016 are likely from the KEL1/PLA1 co-lineage.

"Our study has provided the most comprehensive analysis by far of the parasites responsible for the outbreak of drug resistant malaria in Cambodia," Amato said in a press release from the Wellcome Sanger Institute. "It reveals that resistance to the combination therapy appeared almost as soon as that treatment was introduced as the official first line therapy and that it spread steadily and aggressively after that."

Amato and his colleagues note that while artemisinin resistance was already high in western Cambodia in 2008, resistance was mainly caused by a diverse set of kelch13 mutations that remained localized. But the rapid spread of the KEL1/PLA1 co-lineage, which they compare to an aggressive form of cancer, suggests that parasites of that lineage are acquiring increased biological fitness.

The big question is what this means for the effectiveness of ACTs in Southeast Asia and other malaria-endemic regions. Resistance to artemisinin is currently limited to the Greater Mekong subregion, but if it were to spread to Africa, which accounts for 90% of malaria cases, the results could be devastating, writes malaria expert Didier Menard, PhD, of the Pasteur Institute, and colleagues in an accompanying commentary.

Menard et al say the findings remind them of how chloroquine-resistant malaria developed and spread around the globe. "The results of this study are reminiscent of the evolution of chloroquine resistance, wherein multiple P falciparum chloroquine resistance transporter (Pfcrt) alleles emerged in southeast Asia before one allele (the CVIET allele) eventually spread to Africa, leading to millions of deaths," they write. "Obviously, this scenario should be avoided for artemisinin combination therapy."

Amato and his colleagues say the current situation in Southeast Asia is fragile; malaria remains treatable, and they suggest the effectiveness of ACT in Southeast Asia could be maintained through strategic management of dihydroartemisinin-piperaquine therapy, and possible use of artesunate-mefloquine, another type of ACT. But there is uncertainty over how the parasite will respond to new interventions, and one concern with that strategy is that switching therapies could be followed by a similarly swift rise in resistance to the new treatment.

What this study shows, though, is that scientists now have the tools to track genetic mutations in malaria and respond faster to stop the spread of resistance. "With use of appropriate technologies and concerted action, major outbreaks of resistance should not go unnoticed in the future and the risk of a global health emergency should be reduced," they write.

But Chris Plowe, MD, MPH, director of the Duke Global Health Institute and a malariologist who's studied the disease in Asia and Africa, believes we need more than high-resolution genetic surveillance. Since drug-resistant strains often develop in the Mekong region and then spread elsewhere, Plowe argues that global health organizations and the countries of the region need to push for complete elimination of malaria.

"What this and earlier studies tell us is that we need to push to zero in the region," Plowe said in an email from Myanmar. "What is needed is aggressive malaria elimination in the Greater Mekong subregion using all the tools at hand."