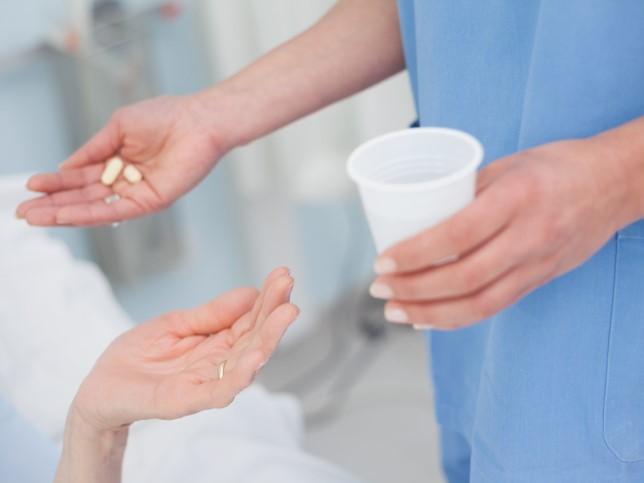 A panel of experts that advises the US government on antibiotic resistance is calling for the finalization of a policy that would make antibiotic stewardship programs mandatory in US hospitals.

In an Apr 8 letter to Department of Health and Human Services (HHS) Secretary Alex Azar, members of the Presidential Advisory Council on Combating Antibiotic Resistant Bacteria (PACCARB) urged immediate finalization of the proposed Centers for Medicare and Medicaid Services (CMS) conditions of participation rule before the June deadline.

The rule requires all hospitals that take part in CMS programs to adopt infection and prevention control and stewardship programs.

"There is a critical need for mandatory, not voluntary, implementation of Antibiotic Stewardship Programs (ASPs) in our nation's hospitals to curtail the over-prescription of antibiotics—a lead cause in the rise in antibiotic-resistance," PACCARB Chair Martin Blaser, MD, and Vice Chair Lonnie King, DVM, wrote in the letter.

Blaser and King said that, without action, the government's efforts to fight antibiotic resistance will be undermined, and the $2.2 billion annual burden that drug-resistant infections resistance place on the US healthcare system will likely rise.

"Antibiotic Stewardship Programs have been demonstrated to be effective in reducing the inappropriate prescribing practices that contribute to AR [antibiotic resistance], to patient harm, and to increased healthcare costs," the two added.

The proposed rule, which will expire in June if not finalized, is part of an updated policy that was proposed by CMS in 2016 to improve patient safety and help address the growing threat of antibiotic resistance. CMS began implementing a similar policy for long-term care facilities in 2016. When it proposed the policy, CMS estimated the requirement could save US hospitals $284 million a year.

PACCARB, which was established in 2015 as part of a coordinated effort by the government to address antibiotic resistance in human and animal health, has been pushing for finalization of the conditions of participation requirement for some time. It was among the recommendations in a September 2018 PACCARB report on ways the government could support implementation of best practices for infection prevention and antibiotic stewardship.

The Centers for Disease Control and Prevention (CDC) recommended in 2014 that all US hospitals have an ASP to address the rise in antibiotic-resistant pathogens and guide appropriate use of antibiotics, and has published guidelines to support implementation of these programs. The CDC estimates that 20% to 50% of all antibiotics prescribed in US acute care hospitals are either unnecessary or inappropriate.

David Hyun, MD, a senior officer with the Pew Charitable Trusts' antibiotic resistance project and a proponent of the policy, says finalizing the rule will send a message that CMS is committed to prioritizing antibiotic stewardship and patient safety.

"Federal involvement and leadership in antibiotic stewardship is extremely important, and by finalizing the conditions of participation, CMS can send a very clear signal, in terms of a national level of commitment by the federal agencies," Hyun told CIDRAP News.

"You're potentially looking at another quarter of hospitals in the country that don't fall under the Joint Commission accreditation rules, and therefore a CMS requirement … would extend the coverage of antibiotic stewardship requirements to those hospitals," said Hyun.

Hyun also said the rule is important because it will affect a broader range of hospitals than the Joint Commission ASP requirement. Among the hospitals more likely to be covered are critical access hospitals (CAHs), a designation given to small, rural hospitals by CMS. CAHs typically provide the only hospital service for a vast geographic region.

"We believe antibiotic stewardship is just as important in these hospitals," Hyun said.

Even though US hospitals aren't currently required to have a stewardship program by CMS, many do. According to the CDC Antibiotic Resistance Patient Safety Atlas, 76% of the 4,975 hospitals that responded to a 2017 survey have an ASP that meets all seven of the CDC's core elements of hospital stewardship programs.

Hyun said it's unclear why CMS has yet to finalize the rule, but that it's taken longer to be approved than CMS rules and regulations typically have. If the deadline expires, any attempt to replicate the proposed rule would have to start from the beginning and undergo a lengthy comment period.