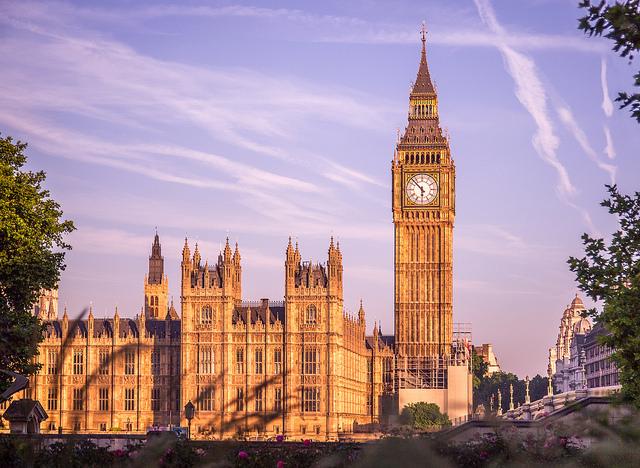 The British parliament is urging the government of Prime Minister Theresa May to make antimicrobial resistance (AMR) a "top five policy priority" in a new report.

The report by members of the House of Commons' Health and Social Care Committee warns that "modern medicine will be lost" if the government does not take more aggressive action to reduce inappropriate use of existing antibiotics and promote development of new antibiotics.

"Visible and active Government leadership needs to be restored to tackle AMR," members of the committee wrote in the report. "We therefore urge the Prime Minister to work closely with her relevant ministers to raise the profile of AMR both at home and on the international stage."

The report stems from a months-long inquiry by the committee into the progress the United Kingdom has made in responding to the AMR challenge, and what steps the government should take next. Since late May, the committee has been gathering written testimony and questioning health experts about the results delivered by the United Kingdom's AMR 2013-2018 strategy. The inquiry also aimed to determine the priorities for the government's next 5-year strategy, which is due to be published at the end of the year.

The parliamentary warning is underscored by a Public Health England (PHE) report published today that highlights the increasing threat of drug-resistant infections.

The report from the Health and Social Care Committee makes recommendations in five key areas, starting with political leadership.

While recognizing that the United Kingdom is ahead of many other countries in having an AMR strategy in place, and that targets for reducing antibiotic use in humans and animals have been met in the past 5 years, the committee concludes that little progress has been made in other areas, and that the government of Theresa May is not prioritizing AMR or spending enough on efforts to tackle it. The report calls for more leadership and funding across all sectors of government.

"A dedicated budget should be made available to enable work in this area to make more rapid progress across all relevant departments," the committee wrote.

The report focuses on several policies that were introduced by Lord Jim O'Neill in his 2016 report on solutions to the AMR crisis. One is for the government and industry to fund an upfront payment scheme, in which companies that develop new antibiotics would receive a sum of money that would guarantee profitability over the drugs' patent life. Other options include extending patent protections for antibiotics and a "play or pay" proposal that would levy an antibiotic investment charge on companies not participating in antibiotic development.

Since the development of new antibiotics will take time, the report also urges further improvements in reducing inappropriate antibiotic use in the healthcare system, particularly in secondary care. Noting that the UK's antibiotic prescribing rates are still double that of the Netherlands, Sweden, and the Baltic states, the committee recommends "rapid and concerted action" by England's National Health Service (NHS) to make responsible antibiotic prescribing the default option in all care settings.

Committee members also encourage wider uptake of digital health tools and evidence-based guidelines that could reduce unnecessary antibiotic use and call for the development of rapid diagnostic tests.

Regarding antibiotic use in animals, which accounts for 40% of all UK antibiotic use, the report concludes that the UK's Department for Environment, Food & Rural Affairs must make sure that the reductions seen in the past few years continue, adding that serious concerns remain about the use of antibiotics for disease prevention in livestock and poultry. In addition, the authors ask the government to make a commitment that any post-Brexit trade deals will require all imported meat and dairy products to meet European Union standards relating to antibiotic use.

Finally, the report calls for the government's next AMR strategy to include a greater emphasis on the environmental aspect of drug resistance. "The strategy should include commitments to establish safe discharge levels for human waste, agricultural waste and pharmaceutical manufacturing waste, and to introduce systems to monitor and enforce them," the committee wrote.

The progress that UK healthcare providers have made in reducing unnecessary antibiotic use is highlighted in the new PHE report, which shows a decline in antibiotic consumption in England over the past 5 years. But PHE also found a worrisome rise in antibiotic-resistant bloodstream infections (BSIs).

Antibiotic prescribing in secondary care, meanwhile, rose by 7.7% during the 5-year period, with a 2% increase in prescribing for hospital inpatients and 21% increase in prescribing in hospital outpatient settings. The report says that the increased prescribing for inpatients was partially the result of a shortage of the antibiotic piperacillin-tazobactam; clinicians had to prescribe two or more alternative antibiotics to get the same level of coverage, which resulted in an additional 2.2 million defined daily doses being dispensed.

While the proportions of bacterial species causing BSIs that exhibited resistance to key antibiotics remained stable from 2013 through 2017, the number of BSIs caused by pathogens resistant to one or more key antibiotics increased from 12,250 in 2013 to 16,504 in 2017—a rise of 35%. The vast majority of these infections (84%) were caused by drug-resistant Enterobacteriaceae, mainly Escherichia coli. The authors of the report say the increase in drug-resistant BSIs requires a renewed focus on infection prevention and control.

PHE released the report in conjunction with the re-launch of its "Keep Antibiotics Working" campaign, which aims to increase public awareness of the risks of inappropriate antibiotic use and urges patients to take healthcare providers' advice on when antibiotics are necessary. The campaign will run across England over the next 8 weeks, supported by advertising, partnerships with local pharmacies and general practitioners, and social media activity.