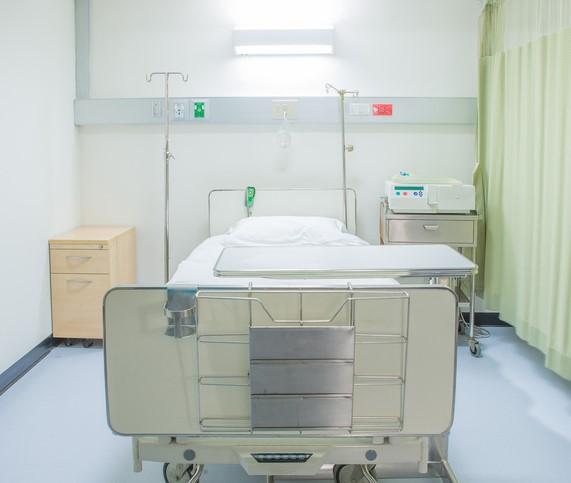 The randomized controlled trial, conducted at nine hospitals in the southeastern United States, found that enhanced terminal room disinfection with UVC in a subset of rooms previously occupied by patients colonized or infected with multidrug-resistant organisms (MDROs) led to a decrease in hospital-wide incidence of Clostridium difficile and vancomycin-resistant enterococci (VRE). The results, published yesterday in The Lancet Infectious Diseases, were from a secondary analysis of a 2017 study that found that adding a UVC device to standard room disinfection in high-risk rooms decreased the risk of subsequent acquisition of C difficile and other MDROs.

The researchers say the findings provide further evidence of the benefit of using enhanced terminal room disinfection methods, as standard methods have proven ineffective at eliminating pathogens that can survive on hospital surfaces for days and put other hospital patients at risk of infection. According to the most recent estimates, healthcare-associated infections sicken more than 700,000 a year in US hospitals; C difficile is the most commonly reported pathogen.

In addition, the investigators add, the findings indicate that enhanced disinfection not only benefits the next patient who enters a high-risk room but also indirectly benefits other hospitalized patients.

"These findings are important, because they suggest that strategies targeting high-risk rooms might have benefit for the larger population of patients admitted to hospital by reducing the burden of pathogenic organisms in the hospital microbiome," the authors write.

In the study, which was funded by the Centers for Disease Control and Prevention, the researchers conducted a prespecified secondary analysis of the Benefits of Enhanced Terminal Room (BETR) Disinfection study, a cluster-randomized trial that assessed four different strategies for terminal room disinfection in rooms of discharged patients known or suspected to have colonization or infection with C difficile, VRE, methicillin-resistant Staphylococcus aureus, or multidrug-resistant Acinetobacter spp.

The UVC device used in the study was a machine that emits a lethal dose of UV light into an empty hospital room. The light waves kill bacteria by disrupting the molecular bonds that hold their DNA together.

Overall, there was no significant difference between the standard cleaning method (the reference period) and the enhanced methods for hospital-wide risk of target organism acquisition of all target organisms. But of all the enhanced cleaning methods, the decrease in risk was greatest during the UVC study period compared with the reference period (incidence 17.2 per 10,000 patient-days vs. 18.1 per 10,000 patient-days; relative risk [RR] 0.89). Incidence also decreased with the other strategies, but the differences were not significant.

The researchers suggest there are several direct and indirect explanations for how enhanced disinfection of targeted rooms with UV light could lead to a decrease in hospital-wide acquisition of MDROs. By reducing pathogens in targeted rooms, enhanced disinfection cuts down on the potential for subsequent patients in those rooms, and adjacent rooms, to become infected or colonized. And since patients with one type of MDRO are often colonized with other MDROs, an intervention targeting a specific organism, like C difficile, could decrease the risk of colonization or infection with others.

In addition, rooms of infected or colonized patients can serve as epicenters for transmission within a hospital through contamination of shared medical equipment and healthcare workers' hands and clothes. More effective decontamination of these rooms, therefore, could cut down on that risk.

"We believe enhanced room disinfection interventions that decrease the overall cumulative burden of baseline environmental contamination in a hospital result in a secondary, indirect decrease in the hospital-wide incidence of hospital-acquired multidrug-resistant organisms," they write.

But the authors also acknowledge that while the findings show that disinfection does have a role to play in preventing infections, they also that show additional strategies to prevent transmission of multidrug-resistant pathogens are needed. One strategy, they suggest, is decreasing the use of unnecessary antibiotics.

Matthew Crotty, PharmD, and Marie H. Wilson, RN, of Methodist Dallas Medical Center, writing in an accompanying commentary, agree. They argue that antimicrobial stewardship could help further limit the incidence of epidemiologically important pathogens, most notably C difficile, an infection associated with use of high-risk antibiotics like clindamycin, fluoroquinolones, and cephalosporins. Crotty and Wilson note that efforts targeting reduction of these agents, which disrupt the normal gut flora and allow toxigenic strains of C difficile to proliferate, have been shown to reduce C difficile incidence.

"Enhanced terminal room disinfection using UV is only one piece of the puzzle," they write. "Although UV light might help put a stop to the transmission of epidemiologically important pathogens, continued efforts in coordinating the optimal use of antimicrobials will be crucial for any successes in the ongoing battle to curb antibiotic resistance."