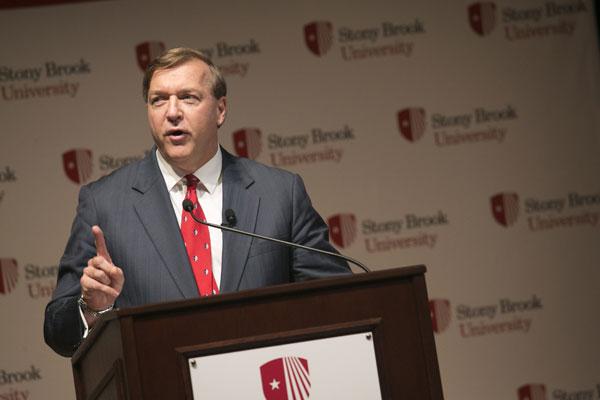 The head of a federal biosecurity advisory committee says delays in the development of a national policy on institutional oversight of risky life-sciences research are the main reason the committee has been inactive for close to 2 years.

The dormancy of the National Science Advisory Board for Biosecurity (NSABB) was pushed into the spotlight this week with the revelation that the 11 remaining original members of the 23-member board are being replaced. The board was set up in 2005 to advise the government on biosecurity and dual-use research, meaning research that can be exploited for harm as well as good.

The board, which is sponsored and convened by the National Institutes of Health (NIH), has not met since November 2012. Some members have been critical of the NIH for not convening the panel more often at a time when controversial "gain-of-function" influenza research is moving forward and, most recently, lab safety lapses have been reported at the Centers for Disease Control and Prevention (CDC). (See related story.)

Samuel L. Stanley Jr., MD, chair of the NSABB, said today that it appears that a delay in the development of a federal policy on institutional oversight of dual-use research of concern (DURC) is the main reason the NIH has not called the board together for so long. He is president of Stony Brook University in New York and was named to the NSABB about 2 years ago.

"I think the issue has been that we've been waiting essentially for the new federal guidelines to come out on institutional implementation of DURC policy," Stanley told CIDRAP News. "We wanted to have a look at what the federal agencies would come up with. Our original understanding was that it would be out as long as a year ago."

The 11 exiting board members were informed of the plan to replace them in a Jul 13 e-mail message from the NSABB's executive director, Mary Groesch, PhD, an NIH senior advisor for science policy. In the same message, she said the NIH would soon release its final policy on institutional oversight of DURC and that the NSABB will be convened in the fall to give advice on resources that institutions will need in order to limit risks associated with such research.

The NIH said yesterday that the change in NSABB personnel is part of routine membership rotation and noted that the terms of the outgoing members had been extended several times.

Some departing NSABB members have expressed surprise at the abruptness of the NIH move, while acknowledging that they expected to be replaced soon because of the extensions of terms.

The timing of the NIH action also has raised eyebrows, as it comes in the wake of lab safety missteps at government facilities. Problems at the CDC have included the mishandling of Bacillus anthracis samples and shipment to a low-biocontainment lab of an avian influenza sample contaminated with highly pathogenic H5N1 virus.

Stanley said the move to reconvene the NSABB in the fall is unrelated to the lab safety lapses. But he added, "Those issues are certainly concerning to me as a scientist. As NSABB has looked at a lot of these problems, one of the assumptions is that people were carrying out research appropriately with a culture of safety. It's very important that that be maintained."

"NSABB wasn't created initially to be about biosafety per se, but rather dual use," he said. "But certainly biosafety has some role as one thinks about the potential consequences of research."

Awkward timing, but no ulterior motives

In other comments, Stanley dismissed any suggestion that the outgoing NSABB members are being dropped because of positions they have taken on issues. "I think the insinuation that this was done with deliberateness or to silence people, that's just simply inaccurate. I think that casts aspersions on NSABB that are really not warranted."

He allowed that the timing of the news is awkward, however. "New members were being sought 18 months to 2 years ago," he said. "This has been in the works, and it ended up being awkward timing. But to use that to imply an attempt to somehow alter the composition is incorrect and unfortunate."

He said further, "I do believe that it makes sense to do this. . . . These are not appointments for life, and it's important to get fresh perspectives. I do appreciate the fact that people take it seriously and want to continue to serve in some cases, but I think the renewal is important."

One departing NSABB member, James Roth, DVM, PhD, of Iowa State University, said today that he has had no concerns about the lack of meetings over the past year and a half.

"Basically my take is that the NSABB's work was finished for a while until the new guidelines were issued and new topics came along," he said. "That's my impression on why we haven’t met. There were big recommendations that the federal government had to act on."

Roth, who directs the Center for Food Security and Public Health in Iowa State's College of Veterinary Medicine, said he was appointed to the board at its inception in 2005, "basically for a 3-year term."

"Some of us stayed on much longer than anticipated, and most of the original members stayed longer than 3 years," he said. "In the early years we were in the midst of some heavy discussions and considerations. I think they wanted to keep the board together so there'd be continuity until some major recommendations and decisions could be made."

"I think I've served on it for about 9 years of my original 3-year term," Roth said. "It was a good experience; I learned a lot and felt like the board made some import contributions to the field of dual-use research. I didn't at all feel like I was being replaced prematurely."

Roth said the news that his board term is ending didn't come as a big surprise. "We knew we were due for replacement quite a while ago," he said.