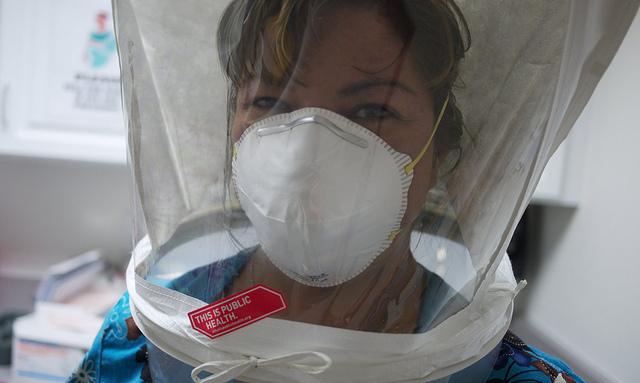 The report from Trust for America's Health (TFAH), a Washington, D.C.–based health advocacy group, said that, of 10 indicators, 26 states and Washington, D.C., scored 6 or lower. At a media telebriefing today to unveil the 107-page report, Rich Hamburg, TFAH's interim president and chief executive officer, said health crises like Zika and Ebola still catch the nation off guard, triggering a scramble to respond, then a fall back to complacency.

Progress in the wake of the 9/11 and anthrax attacks is eroding, he warned. "We aren't adequately maintaining a strong and steady defense, leaving us unnecessarily vulnerable when new threats arise."

TFAH has been issuing annual preparedness reports since 2003, and Hamburg said the report isn't designed to be a comprehensive analysis or reflect on officials in state government. The set of indicators are wide-ranging, and not every state will meet them. "But the message to policymakers is there are certain indicators that all states should strive to achieve," Hamburg said.

Other groups have been assessing public health preparedness, and their findings are also covered in TFAH's report. For example, the National Health Security Preparedness Index (NHSPI), now in its third year, released its detailed inventory earlier this year, which gave the nation a 6.7 score on a 10-point scale, a slight improvement over the previous year.

Some of the indicators TFAH used to gauge state preparedness levels are the same as last year, such as improving vaccination rates, having commitments for state public health funding, and preparing for climate change. Some, however, differ. This year's analysis looked at, for example, how states are using DNA fingerprinting in food safety, reducing healthcare-associated infections, and whether public health labs have a designated biosafety professional.

Massachusetts scored the highest, at 10 out of 10, with North Carolina and Washington state close behind at 9. States scoring the lowest, with 3 out of 10, were Alaska and Idaho.

Twenty-six states increased or maintained public health funding during the past fiscal year compared with the year before, the report said. Only 10 states vaccinated at least half of their eligible population against flu.

The report also highlighted ongoing gaps, such as a lack of a coordinated near-real-time biosurveillance system, lukewarm support for countermeasures against new disease threats, gaps in the ability of the healthcare system to handle mass casualties in the event of an outbreak or attack, and cuts to public health workforces in many states.

Among the promising developments are improved emergency operations and coordination, support for the Strategic National Stockpile and the ability to distribute drugs or vaccines during a crisis, public health lab upgrades, and improved legal and liability protection during health emergencies.

In its annual assessments, TFAH makes several recommendations, and some in this year's report echo those in last year's report, including curbing antibiotic resistance, improving food safety, and preparing for climate change.

Topping the new recommendations are requiring regions, states, and communities to have strong and consistent public health core capacities so that everyone is protected and ensuring adequate emergency preparedness funding that would include a new Public Health Emergency Fund to provide surge support to avoid a replay of what happened with Zika funding.

TFAH's recommendations also call for improving federal leadership before, during, and after disasters, including at the White House level. Other recommendations include recruiting and training the next generation of the public health workforce to emphasize the use of technology and management skills to serve as a community's chief health strategist.

Eric Toner, MD, senior associate with the UPMC Center for Health Security, said at the briefing, "New partners must be recruited to join the healthcare coalition." He cited a need for creative grassroots solutions that include public, private, and philanthropic groups.

The full report appears on TFAH's Web site, and the work was supported by the Robert Wood Johnson Foundation.