COVID-19 infections continue to drop in US children 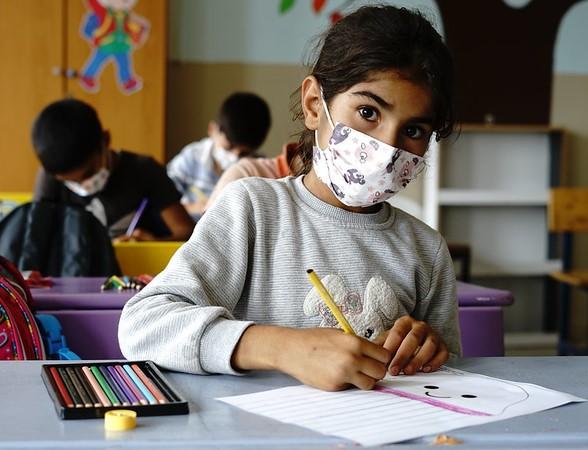 For the seventh consecutive week, COVID-19 infections in Americans kids have declined, according to the latest update from the American Academy of Pediatrics.

Nearly 118,000 child COVID-19 cases were reported from Oct 14 to Oct 21, which is down significantly from the pandemic peak of nearly 252,000 child cases documented during the first week of September. As of Oct 21, 6.3 million American kids have tested positive for the virus, representing 16.5% of all US cases.

In related news, hospital admissions are declining sharply among US children with COVID-19, Bloomberg reports. Daily pediatric admissions involving confirmed COVID have fallen 56% since the end of August, to an average of about 0.2 per 100,000, according to data from the Department of Health and Human Services.

The promising numbers come 1 day after the Food and Drug Administration's (FDA's) vaccine advisory board gave the green-light to Pfizer-BioNTech's vaccine for children ages 5 to 11. The Centers for Disease Control and Prevention's (CDC's) advisory panel is slated to consider the vaccine early next week, with shots beginning as soon as the end of the following week if both the FDA and CDC recommend the vaccine.

Walensky: We are heading in the right direction

The drop in pediatric cases reflects an overall path toward US recovery from the fourth wave of virus activity, which has been primarily caused by the Delta (B1617.2) variant. New coronavirus infections have dropped nearly 60% since the Delta-fueled surge peaked in September, according to data compiled by the Washington Post.

Today White House COVID-19 response coordinator Jeff Zients said the United States will by the end of today have put 400 million shots in arms since Jan 1.

Walensky said the 7-day average for new daily cases was 65,900, down 16% from the prior week. She also said the current average of new hospital admissions for COVID-19 was 5,500 per day, which is a 40% decrease from the Delta peak seen at the end of August.

Also, immunocompromised people may now receive a fourth dose of COVID-19 vaccine 6 months after receiving their third dose, Axios reports. For this group the first three shots of vaccine are considered the primary series of vaccines, and the fourth shot is a booster.

A new poll shows that not all Americans consider boosters safe, however. In a survey examining racial differences in attitudes toward vaccines, 80% of Asian and White respondents said they'd be willing to get a vaccine booster, compared with just 53% of Black and 59% of Hispanic respondents.

Black and Hispanic poll respondents showed more distrust of COVID vaccines in general than White peers: 78% of White respondents believe the COVID-19 vaccine is safe, compared with 66% of Hispanic and 58% of Black respondents.