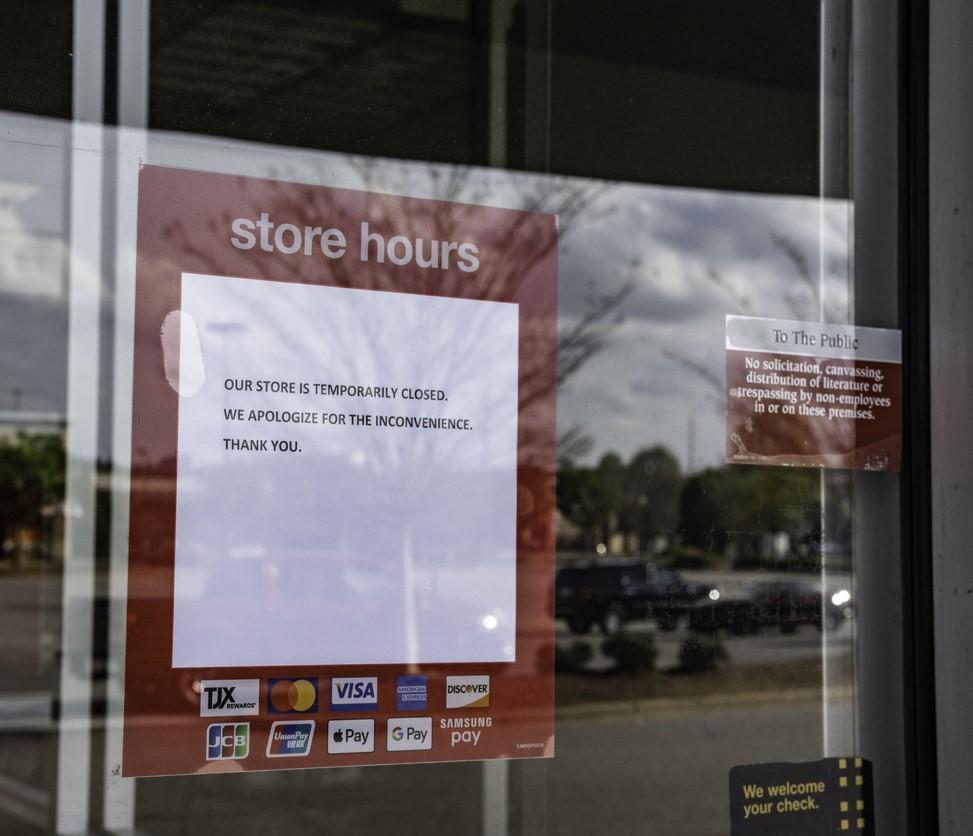 As America's COVID-19 death toll crossed the 100,000 mark yesterday, another 2 million Americans filed for unemployment in the 10th week since the novel coronavirus has upended life across the country.

According to Reuters, a record 40.767 million people filed joblessness claims since Mar 21, when most states enacted stay-at-home mandates that shuttered non-essential businesses.

But despite the partial reopening of all 50 states, the economy is slow to recover from the dramatic losses. Unemployment claims have dropped the last 8 weeks—from hitting a record 6.867 million in late March—but have not fallen below 2 million since Mar 21.

The Washington Post said the death toll represents half the population of Salt Lake City, or the total population of Kenosha, Wisconsin, and said COVID-19 deaths are now double the number of deaths caused by strokes in a 4 month period, or 20 times the number of Americans killed by homicide.

According to the Post, 14% of Americans say they know someone who has died from the virus. The majority of the dead have been over the age of 50, and in some states, 80.

Among the fatalities are 299 US health care workers, according to the latest data from the Centers for Disease Control and Prevention (CDC). The CDC said 63,136 healthcare professionals have contracted the virus in the last 4 months. Six weeks ago, the CDC had only recorded 27 fatalities, among 9,000 infections.

In some states, including Washington state, the first state to report a COVID-19 death in the US, the demographics of who gets the virus are already changing. According to the Seattle Times, half of newly diagnosed COVID-19 patients in Washington state are under the age of 40.

State epidemiologists warn that younger people are now practicing social distancing less, and are not wearing masks as often as older residents of the state.

"The pattern in who's getting infected over time reflects people's behavior," Jeff Duchin, MD, the health officer for Public Health–Seattle & King County, told the newspaper. "If we're seeing a drop in age, that means younger people are doing things that place them at a higher risk of transmission compared to people who are older who might be staying home more reliably."

According to Washington state health data, 90% of the state's deaths have been in those 60 or older. No children have died from COVID-19 in that state.

While Seattle was the country's first hotspot, and New York City was the nation's largest, public health officials are now using models to predict where the next spikes in virus activities will be.

Houston, Dallas, Nashville, Memphis, Minneapolis, Phoenix, and Omaha all could be at the forefront of COVID-19 activity, according to a report in The Hill.

Finally, today the CDC warned that existing COVID-19 antibody tests are too inaccurate to be used to guide reopening policies.

The CDC said the tests could misidentify people who have true antibodies to the virus. Antibodies typically develop between 1 and 3 weeks after infection, and confer some degree of immunity to COVID-19.

"For example, in a population where the prevalence is 5%, a test with 90% sensitivity and 95% specificity will yield a positive predictive value of 49%," the CDC said on its website. "In other words, less than half of those testing positive will truly have antibodies."