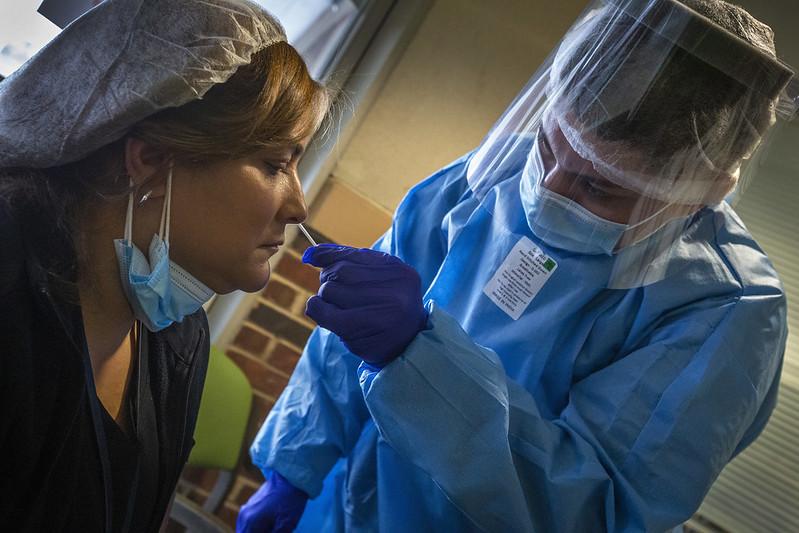 In its weekly snapshot of COVID-19 activity, the World Health Organization (WHO) said cases fell for the second week in a row, mainly in the highest-burden countries, but it warned that the pattern masks sharp rises in other countries in some regions.

Meanwhile, the world's level of deaths, often a lagging indicator, stayed about the same as the previous week. And more countries reported detections of variants of SARS-CoV-2, the virus that causes COVID-19.

Amid global drop, new spikes in the Americas and Europe

In its weekly situation report, the WHO said cases declined 15% from last week. The largest drops were in the European and African regions. Of the five countries reporting the highest number of cases, all had drops except for France, where the illness level rose 10%. Those that had the biggest decreases included the United Kingdom and Northern Ireland (24%) and the United States (20%).

However, in the Americas, for example, sharp rises were seen in several locations, including Mexico, where cases have tripled over the past weeks in some regions, Caribbean countries and territories, Colombia, Paraguay, and Chile, the WHO's Pan American Health Organization (PAHO) said today at a briefing.

In South America, hospitalization rates are rising in much of the region but are especially alarming in Brazil, where nearly three-quarters of intensive care unit (ICU) beds are occupied by COVID-19 patients, and people in the hard-hit city of Manaus wait for hospital and ICU beds, the group said.

Peru, experiencing its second surge, yesterday ordered a lockdown for Lima and nine of the country's regions to help lighten the burden on hospitals, which are near collapse, according to Reuters.

In Europe, some countries have reported recent surges, including Portugal, Spain, and France.

Regarding global deaths, about 96,000 were reported to the WHO last week, about the same as the week before. Fatalities rose in two WHO regions: the Americas and the Eastern Mediterranean.

In another development, initial findings from the UK's Office for National Statistics today revealed differences in symptoms between people infected with the B117 variant and those sick with the conventional virus. It found that people infected with the variant are more likely to report classic symptoms such as cough, sore throat, fatigue, and muscle aches but less likely to report loss of taste and smell. The two groups had similar levels of gastrointestinal symptoms, shortness of breath, and headaches.

The survey included people from the community who had strong positive tests between Nov 15 and Jan 16 and self-reported their symptoms.