As CDC warns of US COVID-19 spread, labs frustrated over lack of tests 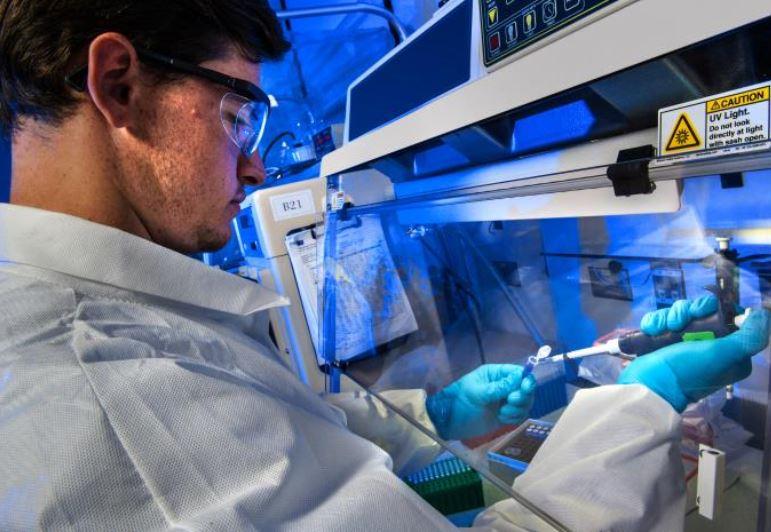 The Centers for Disease Control and Prevention (CDC) said today that the rise in the number of countries with community spread of the novel coronavirus, COVID-19, likely portends community spread in the United States.

"Ultimately we will see community spread in the US; not a question of if, but when, and of how many people in this country will have severe illnesses," said Nancy Messonnier, MD, director of the CDC's National Center for Immunization and Respiratory Diseases, in a press conference.

And Anne Schuchat, MD, principal deputy director of the CDC, said, "Current global circumstances suggest it's likely this virus will cause a pandemic," according to CNBC.

From containment to mitigation

The US currently has 57 confirmed cases of the virus: 14 linked to individual travel, 3 in Wuhan evacuees, and 40 among Diamond Princess cruise passengers.

Messonnier said that, until this point, the CDC's goal has been containment and to slow the spread of the virus, but the strategy will soon have to switch to mitigation.

"The most important tools we have for that are non-pharmaceutical interventions," said Messonnier. These include individual, community, and environmental measures that range from closing schools to self-quarantine to cancelling mass gatherings in public spaces, she said.

"Many of these are the preventative actions we recommend all the time," Messonnier said. "Stay home from work or school if you're sick, wash hands, cover your cough."

Messonnier also addressed the stall in getting testing kits to state and local health departments.

"I am frustrated that we have had issues with our test. I want to assure you we are hoping to modify the kits and hope to send them soon," Messonnier said.

She also pointed out that the CDC was testing as many as 400 samples at a time and providing overnight results. "There is no current backlog or delay," she said.

On Feb 12, the CDC announced that several test kits sent to public health labs had an issue with a test reagent, which caused the negative control to generate a test response where there should have been none.

When pressed on when specifically the kits will be made available, Messonnier did not provide a date.

Currently, only 12 labs outside of the CDC—located in California, Illinois, Nebraska, Nevada, and Tennessee—have the capability to test for the virus. Peter Kyriacopoulos, the chief policy officer for APHL, told CIDRAP News the testing process could be dramatically shortened and expanded if 100 Association of Public Health Laboratories (APHL)-member labs receive authorization to do their own tests.

He said yesterday that the APHL addressed a letter to the Food and Drug Administration (FDA) asking for permission for member laboratories to use lab-developed tests between now and when the improved CDC kit is re-sent. Permission has to be granted because the FDA already issued Emergency Use Authorization for the CDC's test.

"We know because of the prevalence of this issue in the media, many of our labs may be called to do testing, and they will want to be responsive," said Kyriacopoulos. He explained that the labs could do manual extraction of the virus RNA, but testing would be more streamlined if they were allowed to use automated RNA extraction platforms. He said the automatic extraction devices would cost each lab about $200,000.

Joanne Barkus, PhD, the director of the Public Health Laboratory at the Minnesota Department of Health, said she is frustrated by the delay.

"We are trying to prepare for what I feel will be inevitable—a case in Minnesota—and we will want to expand testing," she told CIDRAP News. Right now, Barkus said the CDC was keeping up with test demands. But that could easily be changed if multiple community detections occur across the country and state epidemiologists begin testing case contacts en masse.

Michael T. Osterholm, MPH, PhD, director of the University of Minnesota's Center for Infectious Disease Research and Policy, which published CIDRAP News, said he has received several calls from the media questioning if the delay in test kits is actually a plot devised by President Donald Trump to hide US case numbers.

"I do not believe that," Osterholm said. "It's an unfortunate situation and is something the CDC has stumbled on."

Yesterday Trump asked Congress for $1.25 billion in new emergency funds for the COVID-19 response, the Washington Post reported. The White House also asked Congress to access to $535 million that had been set aside to fight Ebola.

Today, in an address to the Senate, Director of Health and Human Services Alex Azar warned lawmakers the country was not sealed off from the virus. The New York Times said federal and local health departments will need as many as 300 million masks for healthcare workers and additional ventilators for hospitals.

"Personal protective equipment is one of our needs," Messonnier said.

Yesterday in a New York Times op-ed piece, Osterholm and Mark Olshaker wrote, "In a world ill-prepared for a potentially life-threatening, easily transmitted disease like COVID-19, the most effective way to mitigate the pandemic's impact is to focus on supporting health care systems that already are overburdened."

"The United States and other countries in the Northern Hemisphere already are in the throes of a moderately serious flu season. Their inventories of protective equipment used by doctors, nurses and emergency medical workers — N-95 respirator masks, gloves, eye protection, disposable suits — are running low."