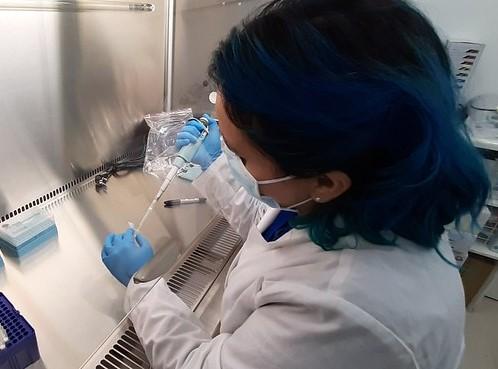 In the latest global COVID-19 developments, illness levels increased in more countries that initially suppressed their outbreaks, and the Americas region is still in the tight grip of the virus, amid another warning that the pandemic is disrupting regular health services.

The global total today rose to 18,373,514 cases, and 696,008 people have died from their infections, according to the Johns Hopkins online dashboard.

Rises continue across most of Americas

At a Pan American Health Organization (PAHO) media briefing today, Director Carissa Etienne, MBBS, MSc, said that as of yesterday, more than 9.7 million cases have been reported from the Americas, roughly half of the global total.

Illness levels are still increasing in the Andean region and in Brazil. Disease activity in Chile has been declining since the country's peak in May and June, whereas Argentina is reporting increased activity in less-populated areas outside of Buenos Aires.

In Venezuela, a worsening outbreak in Caracas has been tied to a large produce market, Reuters reported. Many customers wear masks, but the crowds make it difficult to distance. The government has limited the market's hours but has not shuttered it, due to the much-needed food supply amid the country's protracted economic crisis.

Many Latin American countries are grappling with the paradox of increasing cases alongside pressure to reopen economies and schools.

Etienne warned that due to the pandemic, health workers have been redirected to manage COVID-19 patients, people are avoiding routine healthcare because they worry about exposure to the virus in clinic settings, and global supplies of drugs and equipment are strained.

More than a quarter of Americas countries have suspended routine vaccinations, and a survey has shown that 27 have had to suspend half of their diabetes and hypertension primary care programs, she said. Also, pregnancy-related doctor visits have dropped by 40%, and 11 countries have less than a 3-month supply of antiretrovirals for treating patients who have HIV.

Sustained response to the pandemic must include providing other essential health services, Etienne said, adding that the group urges member countries to reengineer how they deliver care by using telemedicine, home visits, and community outreach.

Elsewhere, health officials in Europe, where many countries have contained the virus but are well into the process of easing restrictions, are pushing the pause button due to rising cases. Denmark, in the fourth phase of its reopening, should hold off on opening nightclubs and music venues, its state epidemiologist said today, according to Reuters.

The number of illnesses has been rising over the past few weeks, and government officials are slated to discuss the next reopening step in mid-August.

In Germany, the head of the country's doctor's union said in a newspaper interview today that the country is already grappling with a second wave due to some people flouting social distancing rules. Steady upticks have been reported in recent weeks.

Meanwhile, Poland reported a record number of cases for the fourth time in a week, with 680 new infections, according to Reuters. About one-third of the cases are from Silesia region, where outbreaks have been reported in coal mining operations.

In other parts of the world: