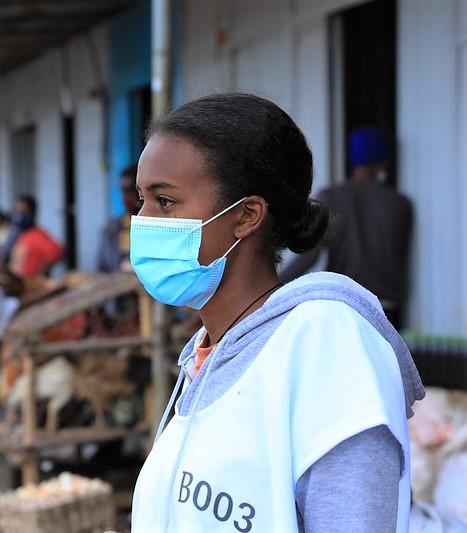 The global COVID-19 total today topped 26 million, as the leaders of independent group reviewing the world's response announced the members of an 11-person panel and Sanofi and GSK announced the launch of the first human trial of its recombinant vaccine against the virus.

In recent weeks, India has led the world with the most daily cases, and over the past day it reported a new daily high of 83,883 new cases. The country will soon pass Brazil to become the country with the second highest number of cases. The global total today reached 26,128,340 new cases and 865,132 people have died from their infections, according to the Johns Hopkins online dashboard.

In early July, World Health Organization (WHO) Director-General Tedros Adhanom Ghebreyesus, PhD, announced the launch of an independent panel to evaluate the world's response to the COVID-19 pandemic, as requested by a resolution passed by the World Health Assembly (WHA) at its May meeting. At the time, he said the panel would be led by Helen Clark, New Zealand's former prime minister, and Ellen Johnson Sirleaf, Liberia's former president.

At a media briefing today, Clark and Sirleaf announced the names of the 11 panelists. Sirleaf said, "We look forward to intense work together at a key moment in history. In order to honor the more than 25.6 million people who have fallen ill, and more than 850,000 who have died due to COVID-19, we have no time to waste."

Members are from medical, science, global health, and economics backgrounds, including some from nongovernmental organizations, such as Joanna Liu, MD, a Canadian doctor who formerly led Doctors Without Borders. A range of countries are represented and include both China and the United States. The independent panel said members will serve in their individual capacities and will not represent their governments or specific organizational interests.

The group meets for the first time on Sep 17 and will meet every 6 weeks until April. Their leaders will brief the WHO's executive board in October, report to the resumed WHA in November, and expects to submit a full report to next year's WHA in May.

US diverts WHO dues to other efforts

In another WHO development today, the US State Department today announced the next steps in the Trump Administration's plan to withdraw from the WHO. It said the withdrawal takes effect July 6, 2021, and that the government would redirect its assessed contribution to the WHO for fiscal year 2020 to partially pay other United Nations assessments. According to media reports, the US money includes $62 million still owed in dues to the WHO.

The State Department also said it will scale down its engagement from the WHO, which includes recalling the Department of Health and Human Services liaisons from all WHO offices, and will decide whether the United States will take part in WHO technical meetings on a case-by-case basis.

The Trump Administration has criticized the WHO's response to the pandemic and has said the group's ties are too close to China. However, others have charged that the United States has attacked the WHO to detract from its COVID-19 response failings and have roundly criticized the nation for pulling key support to the group in the midst of a global pandemic.

Sanofi and GSK today announced the start of a phase 1/2 trial of an adjuvanted recombinant COVID-19 vaccine that they are collaborating on. The vaccine uses the same protein-based recombinant technology as one of Sanofi's flu vaccine formulations (Flublok) and GSK's pandemic adjuvant technology.

The trial to assess safety, reactogenicity, and immunogenicity will enroll 440 healthy adults at 11 sites across the United States.

The companies expect the first results in December, which would support the launch of a phase 3 trial the same month. Preclinical data were based on two injections, and the company said results will be published later this year. In the meanwhile, the two companies are stepping up production of the antigen and adjuvant with the goal of producing up to 1 billion doses in 2021.

According to the New York Times vaccine tracker, the companies already have contracts to supply doses to Britain and the United States, and have said they will provide much of their supply to the WHO-led COVAX collaboration.