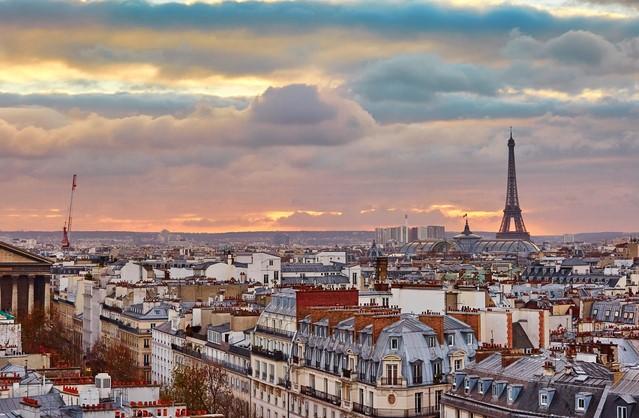 France today became the third European country to go on lockdown to curb the spread of COVID-19, while in Spain, the number of new cases nudged the country ahead of South Korea as the world's fourth hardest-hit country.

Other European countries saw no let-up in cases, and more African countries detected their first cases. With about 179,000 global cases now reflected on the Johns Hopkins online dashboard, the proportion of cases outside China is increasing steadily, as are the share of deaths.

At a media telebriefing today, World Health Organization director-general Tedros Adhanom Ghebreyesus, PhD, said the rapid increase has come with a similar rapid rise in social distancing. However, there hasn't been a vigorous enough push for isolation, testing, and contact tracing, which he said form the backbone of the response.

Breaking chains of transmission requires testing and isolation, he said. "You can't figure [out] a fire blindfolded is the simple message," he said. "Test, test, test."

French President Emmanuel Macron today ordered a 15-day lockdown for the country, ordering people to leave their homes only for essential purposes starting tomorrow, CNBC and other outlets reported. He also said the second round of local elections is cancelled.

The lockdown affects about 67 million people and comes 2 days after Spain announced a similar move. France today announced 1,210 new cases and 21 more deaths, raising its respective totals to 6,633 and 75. The country's hot spots are the Alsace region in the northeast near the border with Germany and the greater Paris area, Agence France-Presse reported today.

A French health official said the situation is deteriorating fast, with cases doubling every 3 days—a pace that threatens to overrun hospitals.

In Iran, behind Italy as the third hardest-hit country, the health ministry today reported 1,053 new cases, down from yesterday, along with 129 more deaths, raising its respective totals to 14,991 and 853.

In a related development, a WHO mission just concluded a visit to Iraq, where experts reviewed the health ministry's readiness to handle an increase in cases. Iraq reported its first case on Feb 22, which involved an Iranian student. So far, the country has confirmed 83 cases, 8 of them fatal.

The WHO said Iraqi officials are concerned about the possibility of community transmission, which would threaten its fragile health system. Authorities have already banned major events, shuttered schools, and closed gathering places to slow the spread of the virus. So far, the WHO has provided health supplies and is working with local medical teams to establish negative-pressure rooms in three different cities.

In Asia, cases rose by 125 in Malaysia today, most of them linked to a large gathering that drew several international participants to a mosque outside of Kuala Lumpur. So far, the country has reported 553 cases, Malaysia Today reported.

South Korea's cases continued to slow, with only 74 more reported today. In China, health officials reported only 16 new cases today, while the country announced a 14-day quarantine for all international travelers entering Beijing.

Elsewhere, several more African countries, including Liberia, Central African Republic, and Sudan, have recently detected their first cases, bringing the total in the WHO's African region to 327 cases from 27 different countries.