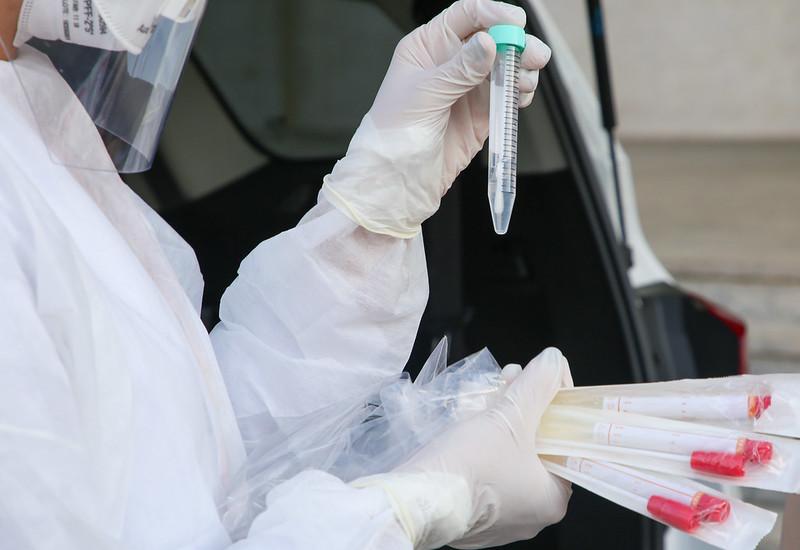 Fueled by surges in countries with large populations such as Brazil, the United States, and India, the global COVID-19 total jumped to 9 million cases today, as the world registered its highest 1-day total of 183,000 cases.

It only took 6 days for the pandemic total to rise from 8 million to 9 million cases, 2 days less than it took for the number to rise from 7 million to 8 million. The total now stands at 9,015,582, and 469,378 people have died from their infections, according to the Johns Hopkins online dashboard.

At a World Health Organization (WHO) media briefing, Director-General Tedros Adhanom Ghebreyesus, PhD, said while some countries are seeing a rapid rise in cases and deaths, others that successfully suppressed transmission are seeing an upswing in cases as they reopen their economies and unwind restrictions.

"All countries are facing a delicate balance, between protecting their people, while minimizing the social and economic damage," he said. "It's not a choice between lives and livelihoods. Countries can do both."

Tedros urged countries to get creative with keeping people safe as they get on with their lives, but with a foundation of the public health measures that work, including finding and testing cases, isolating and caring for people who are sick, tracing contacts, and protecting healthcare workers. He also called on individuals to do their part by maintaining physical distance, washing their hands, and wearing masks where appropriate.

With no let-up in pandemic activity, Tedros said the WHO has fielded requests from 48 countries for personal protective equipment (PPE) and other supplies worth $92 million, and is in the process of shipping 140 million pieces of PPE to 135 countries, along with 14,000 oxygen concentrators and millions of tests.

He also said the WHO is helping countries maintain essential health services. In a recent survey to gauge the pandemic's impact on regular medical care, about half of the 82 countries that responded so far have limited or suspended at last one service platform, such as community, outpatient, or inpatient care. Dental care and rehabilitation services were most likely to be disrupted, with about three-fourths of countries reporting temporary suspensions.

Though countries are using strategies such as triage and telemedicine to keep delivering services, the consequences of the disruptions will be long-term, Tedros said. "The world is learning the hard way that health is not a luxury item; it's the cornerstone of security, stability and prosperity."

On June 19, Brazil reported a stunning 54,771 cases, becoming the second country in the world to pass 1 million cases.

At today's WHO media briefing, Mike Ryan, MD, who leads the health emergencies program, said the record daily number of cases in Brazil might be an artifact of reporting and reflect a lag in state reporting, and he said recent trends should be examined closely. He also said the country has a test positivity rate as high as 31%, suggesting that there are probably still many more undetected cases still in the community.

India today reported more than 15,413 cases, its biggest 1-day spike, India-based Bloomberg Quint reported. Ashish Jha, MD, MPH, professor of global health at Harvard T. H. Chan School of Public Health, told Press Trust of India that he was concerned about how fast the virus is spreading in India, where larger cities such as Mumbai, New Delhi, and Chennai have already reported outbreaks.

Jha also said he is worried about other high-population states that haven't been hit yet, such as Bihar and Uttar Pradesh. Both could see high numbers of cases and deaths, which officials need to prepare for.

Meanwhile, Ryan said he has seen reports of rising cases, especially in young people, in some parts of the United States. He said other countries in similar situations where restrictions have been relaxed are experiencing similar upticks. He said the rises aren't explained just by increased testing.

Countries need to maintain vigilance and consider what combination of measures, such as local restrictions, can help suppress infections.

South Korea's cases peaked at about 900 a day in February, but now its cases are persistently in the double digits.

At today's WHO briefing, Maria Van Kerkhove, PhD, the group's technical lead for COVID-19, said many countries that have successfully suppressed the virus are seeing low level transmission for a number of reasons. "Any opportunity the virus has to take hold, it will. We urge all countries to be at the ready," she said.

Ryan noted that South Korea's cases increased 3% last week due to various factors, including clusters at clubs, shelters, and amusement parks. He said the country has great visibility about where the virus is, but it's a constant struggle to stay ahead of the virus, even in countries with strong surveillance that have engaged populations that believe in science.

In Germany, the country's reproduction rate jumped from 1.79 to 2.88, Reuters reported, based on information from the Robert Koch Institute. Much of the rise is due to clusters in North Rhine Westphalia state in the northern part of the country, where outbreak have been reported in settings such as nursing homes, hospitals, workplaces, and refugee centers. The state is also home to a meatpacking company where an outbreak has so far resulted in more than 1,300 cases, triggering a local quarantine and the closure of schools near the facility.