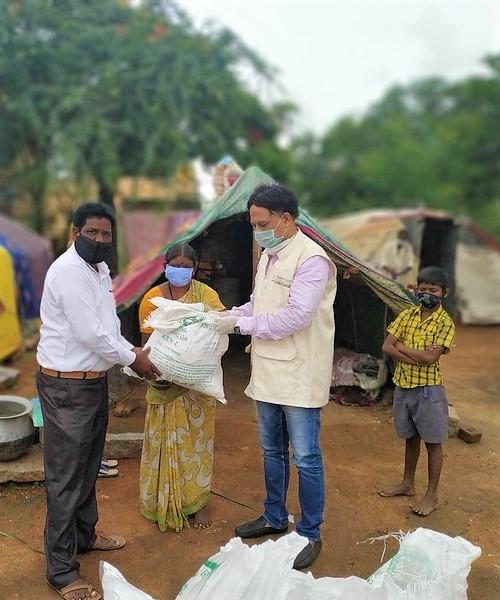 Just 1 day before most of western India prepares to celebrate the Hindu elephant-headed god Ganesh, the country is reporting a spike in COVID-19 infections that pushes its national total closer to 3 million.

Tomorrow starts Ganesh Chaturthi—the beginning of an 11-day festival usually marked by large public celebrations, especially in Mumbai. According to Reuters, this year's preparations for Ganesh Chaturthi are quieter, but celebrations have not been officially banned as of yet.

India falls behind the United States and Brazil as the third hardest-hit nation in the pandemic. In the last day, it recorded 68,898 new COVID-19 cases, the third day in a row with daily case counts over 60,000. India also recorded 983 deaths yesterday, bringing the national total to 54,849.

In other parts of Asia, some countries are battling spikes in cases while others are limiting restrictions as case counts fall. In Beijing, China's capital, the city has marked 13 days with no new cases, and officials are allowing a mandate to wear masks when outdoors to expire.

This is the second time Beijing has lifted an outdoor mask requirement. In April the mandate was lifted and then reinstated in June when the city saw an outbreak of the novel coronavirus.

In Hong Kong, Chief Executive Carrie Lam announced she will launch a massive voluntary testing campaign of the city's inhabitants on Sep 1. This summer, the island has seen a rise in cases, despite having strict social distancing measures in place, including a ban on dining at restaurants after 6 pm, and requiring mandatory masks in all outdoor public spaces.

The campaign will increase daily testing by 10-fold.

And in South Korea, officials warned that attendees of a conservative rally last week threatened to turn a cluster of cases in Seoul into thousands of new cases. According to Reuters, the Korea Centers for Disease Control and Prevention reported 324 new cases yesterday, the highest daily count since March 8. That took the country's total to 16,670 cases, with 309 deaths.

Two weeks after reopening schools, Berlin officials confirmed at least 41 schools in Germany's capital have a confirmed case of COVID-19 among either students or teachers. There are 825 schools in Berlin, and hundreds of students are now in quarantine, the Associated Press said.

Berlin's mask requirements do not mandate mask use in the classroom, only school hallways. Other states and cities in Germany require masks during class instruction time.

Germany has seen an uptick in cases in recent days as travelers return from summer vacations. Today the country recorded 1,426 new cases.

France and Italy are also noting a surge in cases in recent days, linked to the end of summer holidays.

In Poland officials recorded a record daily high number of cases with 903. Schools are set to open on Sep 1 in that country, and officials warned new outbreaks were increasingly connected to weddings, crowded working places, and holidays. Earlier this week, Poland's health minister resigned amid ongoing criticism of how he has handled the pandemic.