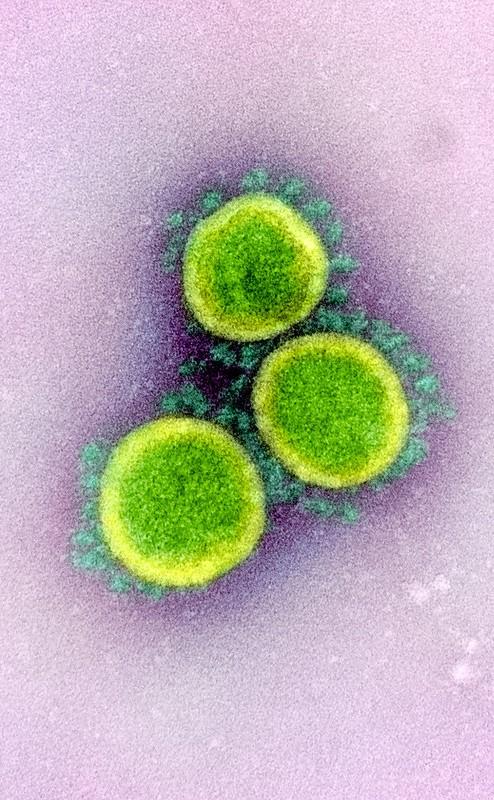 In the latest global COVID-19 developments, the European Centre for Disease Prevention and Control (ECDC) said today that pandemic activity in the region hasn't peaked yet, despite early signs of decline in Italy and Austria, and the head of the World Health Organization (WHO) pushed back against President Donald Trump's recent criticism.

Today the pandemic total surpassed 1.5 million cases from 184 countries, with 87,984 deaths, according to the Johns Hopkins online dashboard. The ECDC's latest analysis came in an update of its risk assessment, and WHO Director-General Tedros Adhanom Ghebreyesus, PhD, addressed Trump's comments today during a regularly scheduled media telebriefing.

Yesterday on Twitter and at the White House daily briefing, President Trump questioned the timeliness of the WHO's early warnings about the virus and accused it of being more aligned with China. He added that his administration would look into the situation and consider putting a hold on the US funding for the WHO.

During the course of the outbreak, China reportedly censored some of the doctors who sounded the first alarms about a mysterious pneumonia outbreak in Wuhan, and as the outbreak unfolded, reports initially weren't clear on issues such as human-to-human transmission and the extent of healthcare worker infections. In February, a WHO-led international expert team spent 2 weeks in China examining the outbreak and its response, bringing back crucial findings that helped inform the rest of the world.

When asked about Trump's criticisms today, Tedros said, "Please quarantine politicizing COVID." He said there is no need to use COVID-19 to score political points, because countries have many other ways to prove themselves. He added that unity is the only option for fighting the virus. "If you don't believe in unity, the worst is yet to come."

As with every global outbreak, the WHO will undertake an after-action review to assess its response and learn from any mistakes, he said.

Tedros added that he has shrugged off many personal attacks, some racist, that have included death threats, including some from groups in Taiwan.

ECDC: Too soon to relax restrictions

As of yesterday, about almost half of all cases (608,500) in the COVID-19 pandemic have come from European countries, where the virus has claimed more than 51,000 lives, the ECDC said. Large increases continue to be reported, but illnesses and deaths have decreased slightly in a few. The ECDC warned that the true scope isn't known and that the patterns should be interpreted with caution, because many countries are only testing severe or hospitalized patients.

So far, there's no let-up on the pandemic's strain on health and social systems, and shortages persist for lab testing, personal protective equipment, and medical staff. In European countries with available data, the percentage of healthcare workers among COVID-19 cases ranges from 9% to 26%. The ECDC added that reports of outbreaks in nursing homes across Europe are increasing, underscoring the vulnerability of older people in the settings and the need for infection prevention and control measures to protect them.

Evidence from earlier-affected Asian countries and early evidence from Italy and Austria show that a mix of strong steps can meaningfully reduce transmission. And though the mitigation steps are disruptive on many levels, lifting the interventions too quickly could keep sustained transmission going, and based on current evidence, it's too early to start lifting all community and distancing measures, the ECDC said.

It recommends that countries have testing and surveillance systems in place to guide and monitor the escalation and de-escalation of mitigation strategies.

Illness level surges continued in many European countries today, and in Italy, after a few days of declining cases, the daily total increased today with 3,836 new cases, though the daily fatality number declined.

In Spain, where deaths had been declining, the daily fatality number rose today for the second day in a row, with 757 more reported. The health ministry said overall, the rate of new infections is slowing and that the country has increased its testing capacity. The government also said shortages of intensive care beds and equipment has improved, Agence France-Presse reported.

The United Kingdom today reported a record number hospital deaths from COVID-19, 938, for a total of 7,097, the BBC reported. UK Prime Minister Boris Johnson is still in intensive care unit (ICU) treatment, but is improving, according to the BBC.

In France, the country with the fourth highest number of cases, President Macron today announced that the country's lockdown, originally slated to end Apr 15, will be extended, France 24 reported. The country's health minister said the measures have slowed disease transmission over the past days and noted that he hoped that the country would flatten its curve, though the plateau is at a very high level.

A spurt of new imported infections in the Chinese city of Suifenhe, in the northeast part of the country on the border with Russia, resulted in a lockdown similar to one that just ended in Wuhan, Reuters reported.

China and other earlier affected countries face a high risk of a second wave of infections, which is already occurring to some degree in locations such as Hong Kong and Singapore, especially as countries start relaxing restrictions.