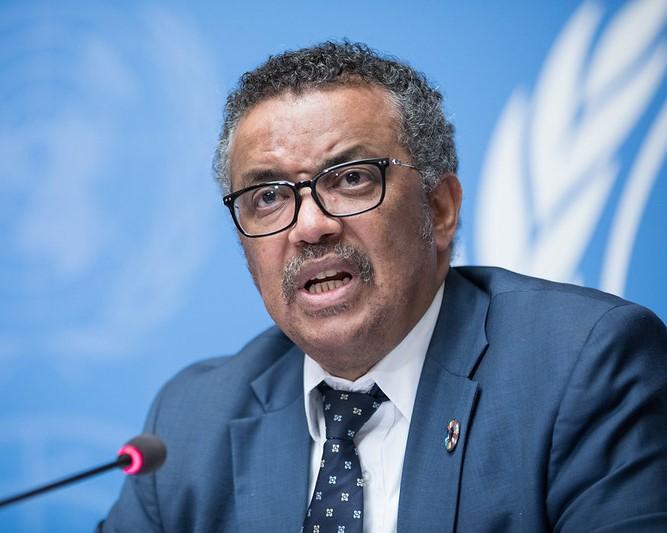 The World Health Organization (WHO) director-general today declared a public health emergency of international concern (PHEIC) for China's novel coronavirus (2019-nCoV) outbreak, based on the nearly unanimous recommendation of its emergency committee.

In other international developments, China's surge of cases continues, India and the Philippines reported their first cases, and a handful of affected countries reported more cases, most of them linked to travel, but a few involving local transmission.

Worries over impact on weaker countries

At a media telebriefing today, Tedros Adhanom Ghebreyesus, PhD, WHO director-general, emphasized strongly that the recommendation doesn't signal any lack of confidence in China's ability to battle its quickly expanding outbreak, which in just a month has already topped the total in the 2002-2003 SARS (severe acute respiratory syndrome) outbreak.

Rather, the WHO's main concern is for countries with weak health systems that would have a tough time battling the virus without extra global support that can be harnessed with a PHEIC declaration under International Health Regulations.

China's speed and strength in identifying and responding to the outbreak have so far limited the global spread to 98 cases, none of them fatal, in 18 countries, Tedros said. "In many ways, China is setting a new standard for outbreak response."

However, he said the world must act together to limit further spread of 2019-nCoV, and more important than the declaration are the temporary measures that the emergency committee recommended in seven key areas, including avoiding restriction on trade and travel—which may be ineffective and may divert outbreak response resources—and on supporting less prepared countries. The others areas focus on disease countermeasures, combatting rumors and misinformation, reviewing preparedness plans, sharing data, and working together.

"This is the time for facts, not fear; science, not rumors; and solidarity, not stigma," Tedros said.

Didier Houssin, MD, who chairs the expert committee, said the group's recommendation to declare a PHEIC was swayed by quickly increasing cases in China, increasing numbers of countries affected, and signs that some countries are taking questionable measures to restrict travel. He said examples of travel restrictions include visa refusal, border closure, and quarantine of travelers who are in good condition.

Some airlines have suspended flights to China, and some have limited flights because of a drop in demand. Russia, for example, has closed its land border with China and has barred Chinese tour groups from entering the country, the Financial Times reported today.

Overnight, China reported 1,737 more cases, along with 38 more deaths, raising its outbreak total to 7,711 cases, 170 of them fatal, according to the latest update from the China Center for Disease Control and Prevention (China CDC). The number of severe illnesses climbed to 1,370.

A medical tracking site that updates case totals as they are released by cities in provinces reflected a total of 8,163 cases and 171 deaths this afternoon. Nearly 5,000 are from Hubei province, which is home to Wuhan, the outbreak's epicenter.

Tibet is the latest part of China to report its first case, according to a statement yesterday from Tibet Autonomous Region. It did not give details about the patient or his or her exposure. So far, 31 of China's 33 provinces or administrative regions have reported cases.

In reporting the country's first 2019-nCoV case today, India's health ministry said the patient is a student who attended Wuhan University who tested positive after returning home to Kerala state, Kyodo News reported today. The woman is being treated in isolation in a hospital, where she is listed in stable condition.

The Philippines first case is a 38-year-old woman from China, the WHO Western Pacific regional office (WHO WPRO) said on Twitter today. An attached press release from the country's health ministry said the woman arrived from Wuhan via Hong Kong on Jan 21. She sought medical care on Jan 25 after experiencing a mild cough.

The WHO said the testing was conducted at the WHO's reference lab in Australia.

South Korea's latest patients include a 32-year-old Korean man who got sick after returning from Wuhan and a 56-year-old man who is a contact of the country's third imported 2019-nCoV case-patient, signaling the country's' first secondary infection, according to health ministry sources quoted in a report from a medical publication translated and posted by FluTrackers, an infectious disease news message board.

Other countries reporting more cases include: